Prepare For Change
Home ARCONTES The Government Said the Air Was Safe, Now Thousands of 9/11 First... 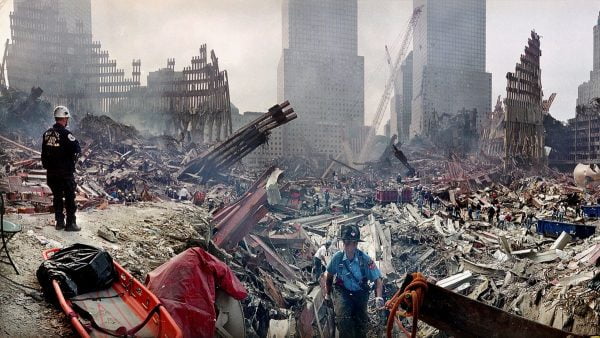 The plight of the men and women who rushed into “Ground Zero” on September 11, 2001 and the following months is often forgotten in the public conversation. Seventeen years after the attacks the first responders are still fighting for their lives. 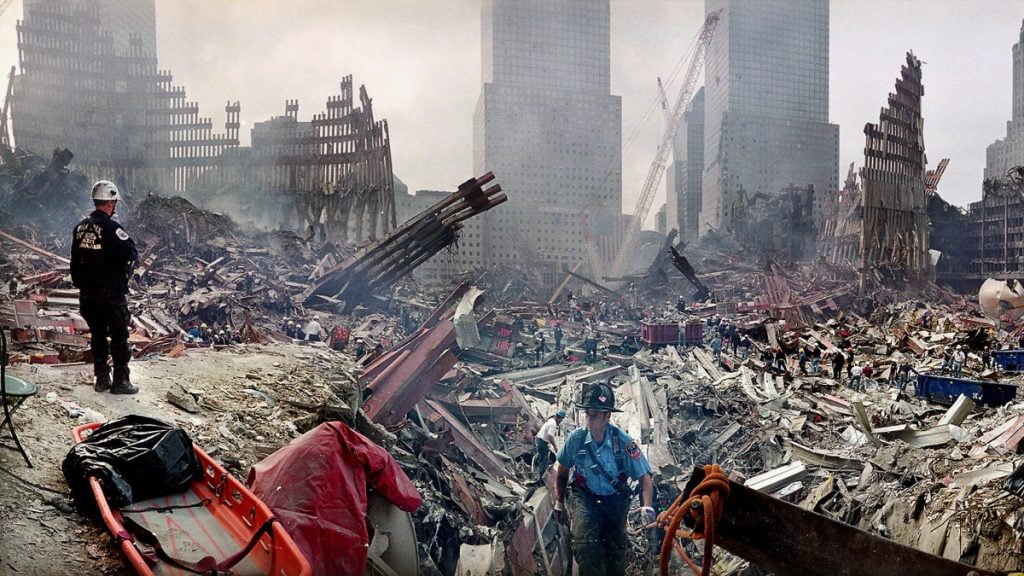 As Americans prepare for the 17th anniversary of the 9/11 attacks, nearly 10,000 first responders and New York City residents have reported 9/11-related cancers.

According to the program there have been more than 400 documented cases of death from 9/11-related cancers. However, unfortunately, the plight of the men and women who rushed into “Ground Zero” on September 11, 2001 and the following months is often forgotten in the public conversation. Seventeen years after the attacks the first responders are still fighting for their lives.

On Thursday the Los Angeles Times reported 15 FBI agents have died from cancers linked to exposure to various toxins during investigation and cleanup of the wreckage. The Times notes that three FBI agents have died since March. In addition, News 12 in Westchester reports that Kathleen O’Connor, a 20-year veteran with the New Rochelle Police Department, recently died from a 9/11-related illness.

WECT News reports that retired NYPD detective Chuck McLiverty lives with skin allergies and a crushed hand due to his role as a first responder. The former detective spent nearly every day for six months working 12-hour shifts, often without breathing protection. “We may make light of it, joke about it, but you’re always just wondering, am I next? Or is the guy or girl sitting next to, are they a walking time bomb that’s going to explode? You get tired of going to funerals,” McLiverty told WECT. “All you could see for miles and miles was big plumes of black, billowing smoke. All you could see was stuff falling down, out of the air. The air was so thick, it’s like you could wave your hand, like being in a snow storm.”

The New York Daily News also recently announced the death of retired firefighter Michael McDonald who died from lung and brain cancer from 9/11 cleanup efforts. McDonald’s entire career was spent at Ladder 128 in Greenpoint, Brooklyn. With his death he comes the 181st member of the FDNY to die from 9/11-related illnesses. The NY Daily notes that this is more than half of the 343 FDNY members killed during the collapse of the twin towers on September 11, 2001. An NYPD spokesman told the Daily that 185 city cops have died of illnesses connected to their time as first responders.

Each of these stories offer a small glimpse into the everyday reality of these first responders. They are literally watching their friends and associates die around them while the American people pay little attention. How did this happen? How did we get to the point where nearly 10,000 people who risked their lives to help others are now waiting to die from cancer?

One week after the 9/11 attacks the Environmental Protection Agency’s Administrator Christine Todd Whitman released a statement declaring the air and water surrounding Ground Zero to be safe to breathe and drink.

Given the scope of the tragedy from last week, I am glad to reassure the people of New York and Washington, D.C. that their air is safe to breathe and their water is safe to drink.”

Since that time firefighters, EMTs, police officers, and volunteers who remained at Ground Zero looking for survivors and bodies have found themselves falling victim to breathing illnesses, cancer, and other sicknesses likely related to inhaling dust consisting of building materials, computers, and human bodies.

Truthstream Media reported on the situation:

Back in May 2007, a Congressional investigation was launched into the EPA’s role in properly responding to the environmental crisis and air quality emergency in the immediate wake of the 9/11 attacks on the World Trade Center. Former EPA commissioner Christine Todd Whitman refused to testify – despite the fact that her statements on air quality after 9/11 had immediately affected hundreds of thousands of rescue workers and New York residents, and more broadly millions – until she was pressured under threat of subpoena by Congressman Jerrold Nadler(D-NY) whose district includes lower Manhattan. However, she was officially cleared of any wrongdoing, and defeated multiple lawsuits.”

Congress for its part, did pass the James Zadroga 9/11 Health and Compensation Act, which is designed to provide medical services and compensation for first responders. However, critics say the government is not doing enough to help those who volunteered their livelihood in the wake of the largest terror attack on American soil. If these brave men and women chose to put themselves in harms way based on a lie, that needs to be investigated and those responsible held accountable.

In less than two weeks the corporate media and conniving politicians will put on their “Never Forget” pins and release the obligatory condolences to the family members of the 9/11 victims. There will be TV specials and special edition magazines and newspapers to commemorate the terror attack.

But will these displays pay tribute or raise awareness about the plight of the first responders? Will these photo ops actually question the official story of 9/11? If the answer is no, if the American public is still not ready to challenge the establishment lies surrounding September 11, 2001, then we have moved no closer to truth and these men and women are dying in vain. On the 17th anniversary of 9/11 remember to question the official story.

Derrick Broze is an activist, investigative journalist, public speaker, and author based in Houston, Texas. He is the founder of The Conscious Resistance Network and the co-author of The Conscious Resistance trilogy with fellow TFTP writer John Vibes. Broze’s work focuses on surveillance technology, indigenous struggles, and generally uncovering the lies and omissions of the corporate media. This article first appeared at The Free Thought Project.