It has come to my attention that many public figures suspected of being Satanists are wearing red shoes.

So why are red shoes a big deal?

Because it is a Satanic symbol of child/human sacrifice. During the sacrificial rituals, the Satanists wear red shoes (claimed to be made of human leather) so when blood gets on the shoes, it does not show.

I’m not saying that all the celebrities that are wearing red shoes are part of this Satanic club. I’m sure that many don’t have a clue about the symbolism of the red shoes. This piece is not about them, and I am sure that if they would be aware, they would throw the shoes in the trash immediately.

This being said, let’s follow the evidence and make some connections.

Here’s Tony Podesta (known Spirit Cooker) and some of his powerful friends, all wearing red shoes, as well as some creepy paintings from his favorite “artist”, Biljana Djurdjevic: 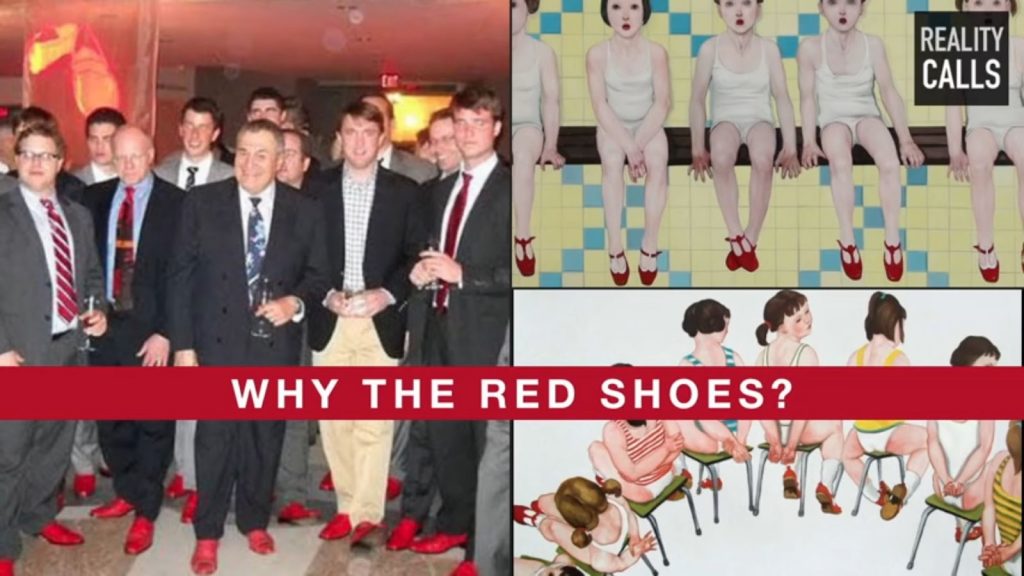 In the following snapshot, we can see Alex Soros, the son of George Soros, wearing red shoes at a Spirit Cooking dinner — the description for the picture is “Devil’s Heaven #TonightWeDineInHell!”: 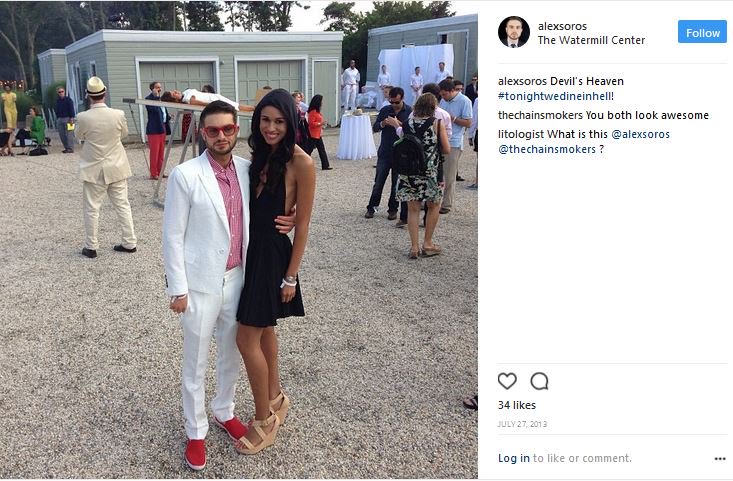 No wonder that George Soros has been identified as the force behind the social media censorship!

And the front man of this attack on free speech and democracy is none other than James Brock, a Clinton shill that was caught laundering money, and the former boyfriend of James “PizzaGate” Alefantis.

These are all shocking connections, if you ask me!

Another infamous public figure that wears red shoes (reportedly from the same brand as Tony Podesta, i.e. Prada) is none other that the former head of the Catholic Church, Pope Benedict (born Joseph Alois Ratzinger):

Now here’s something that many of us didn’t see it coming.

Tom Hanks has been recently accused of buying a girl from her father when she was just 13 years old and sexually abusing her. If this wasn’t enough, actor Isaac Kappy has also accused Hanks (and Steven Spielberg) of being a pedophile.

You can read more on the subject HERE.

Important to note before going any further is the fact that Tom Hanks’ Instagram account is filled with pictures of single shoes, socks or gloves.

And now the kicker: when Hanks was younger, he starred in a movie called “The Man With One Red Shoe“:

That’s pretty strange, if you ask me. We now understand the symbolism behind the red shoe, but I’m very curious to know what it is that makes Hanks obsessed with single shoes, socks or gloves.

And no, it wasn’t just once:

Now I’m going to present to you some very disturbing facts about Bill Maher.

And during some of his shows, Maher had repeatedly defended pedophiles (quotes in the following image):

And that’s just the beginning…

In 1991 he made a film called “Pizza Man“, in which he starred. I remind you that “pizza”/”pizza party” is a pedophile code for “sex with children”.

Let that sink in!

Also interesting to note, the climax of the film is Bill Maher’s character killing Donald Trump.

This is very creepy stuff!

Clearly, Donald Trump was never part of their Satanic cult and must have caused them some kind of troubles over the years.

I wish I knew the whole truth, because from the moment that he announced his intention to run for President, the whole hell broke loose. And when I say “hell”, I really mean “hell.” All these Hollywood pedo Satanists have started attacking Trump, mocking him, trying to impeach him, and even “joked” about harming or killing him.

When have jokes and statements about murdering a President became acceptable?

And guess who else stated that he would kill Trump? None other than celebrity cook Anthony Bourdain, who said “I’d cook hemlock for President Trump” (if given the opportunity to cook for him).

Hemlock is a poisonous plant that has been used as a method of execution. So what he really said is that he would kill President Trump if given the chance.

If you want to see some really creepy pictures from the Instagram accounts of Anthony Bourdain and his then-girlfriend, Asia Argento, then follow THIS LINK. Their accounts are littered with Satanic symbolism, and not-so-subtle hints of cannibalism and pedophilia.

Asia Argento is a self-confessed witch and she was also recently accused of pedophilia. On her Instagram account, she posted a picture of her young daughter wearing red shoes, with the caption “red shoes”. This is what Anthony Bourdain decided to comment on her post: “And I won’t get any older now the angels want to wear my red shoes.”

If you are able to make further connections between red shoes and pedophilia / Satanism / child sacrifice, please post them as a response to this article on Facebook.

47 thoughts on “Why Do Satanists Wear Red Shoes?”