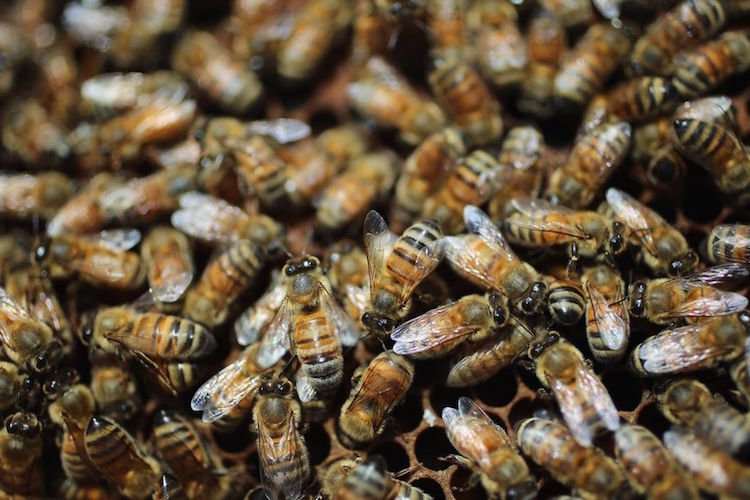 Global populations of bees and pollinator insects are being decimated at an alarming rate, and in recent years we’ve learned that use of neonicotinoid pesticides are largely to blame. But, as researchers are now confirming, the most used (and overused) herbicide in the world, Monsanto’s glyphosate, is also causing serious damage to bee colonies.

Glyphosate has become an international crisis as millions of tons of it have been sprayed throughout the world without concern for the impact on wildlife of on humans.

“Americans have applied 1.8 million tons of glyphosate since its introduction in 1974. Worldwide, 9.4 million tons of the chemical have been sprayed onto fields. For comparison, that’s equivalent to the weight of water in more than 2,300 Olympic-size swimming pools. It’s also enough to spray nearly half a pound of Roundup on every cultivated acre of land in the world.” ~Newsweek

Now, findings of a recent study conduct at the University of Texas show that glyphosate disrupts the gut microbiota in bees, causing them to be more susceptible to infection and illness.

Furthermore, this recent study highlights the hubris and denial rampant in the agricultural industry where the prevailing belief is that toxic chemicals only impact whatever they are designed to target. The truth is that the web of life is much more complex and interconnected, and we don’t really understand (or care to understand) the total harm being done by these chemicals.

“Because glyphosate interferes with an important enzyme found in plants and microorganisms, but not in animals, it has long been assumed to be nontoxic to animals, including humans and bees. But this latest study shows that by altering a bee’s gut microbiome — the ecosystem of bacteria living in the bee’s digestive tract, including those that protect it from harmful bacteria — glyphosate compromises its ability to fight infection.” [Source]

Ironically, natural health advocates and concerned citizens have been warning us for years that glyphosate residue found in many of our foods and packaged food products is likely disrupting the human gut microbiome, causing us to become more susceptible to chronic illness, inflammation and even mental health problems like depression.

This most recent study finally demonstrates how glyphosate impacts living creatures, which is a clear warning that it is harming human health as well.

Just last month a San Francisco court ruled in favor of plaintiff Dwayne Johnson who had sued Monsanto for failing to adequately warn consumers of the potential risk for cancer when using these chemicals in a reasonable manner. Johnson is dying from non-Hodgkin lymphoma and was awarded $289 million in the paradigm-shifting trial which will allow thousands of others to sue Bayer-Monsanto.

How much more evidence do we need in order to understand that this is a major global environmental problem that is literally threatening life on earth?