Prepare For Change
Home ARCONTES Is GMO corn the #1 cause of the Cancer Apocalypse? 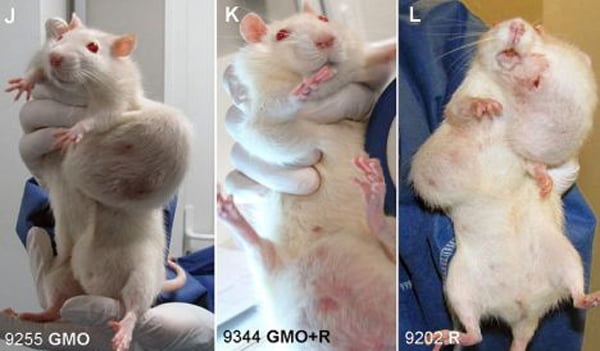 The chronic sick-care system of America banks on at least 200 million people of all ages consuming pesticides daily in order to maintain peak capacity at doctor’s offices and hospitals. Have you ever been to the doctor or an emergency room and been the only person there, first to be seen and right away? Ever known anyone to be diagnosed with a disease or disorder and a medical doctor or the oncologist tells them to stop eating genetically modified foods right away, and come back for a check-up in a month? It just doesn’t happen; however, it’s no conspiracy that consuming bug-killing and weed-killing chemicals causes disorder of the human cells, brain and cleansing organs.

Science proves that eating and drinking chemicals causes catastrophic cancer of all kinds, so let’s attack this pandemic-style cell manipulator at the root level, instead of dosing the problem on the back end with more chemicals (pharmaceuticals and chemotherapy) and miserably waiting for a prolonged, yet still early grave.

Monsanto scientists figured out a long time ago how to kill rootworm beetles and pesky corn field weeds using poison that’s embedded into the DNA of the corn plant’s seeds, then Monsanto has the farmers spray that “Roundup Ready” corn with more poison, with complete disregard for human and animal health, soil nutrition, and the sustainability of our environment.

More than 90 percent of all U.S. corn contains cancer-breeding GM toxins from the inside-out

So what poisons do you regularly consume that are made with a type of corn that contains genetically modified pesticides inside the plant and on the outside? How much cancer-causing corn do you eat and drink every day? What if you could fill some beakers with just the carcinogenic portion of your products – would it be a couple ounces or a couple pints? Let’s take a quick look at the most common GMO-corn-ridden products most Americans consume during and between every single meal.

If you’re still eating non-organic, “Roundup Ready” corn regularly, you may not remember the most prolific long-term GMO health study ever conducted, and the results that blew away the conventional world of skeptics. In September of 2012, just 6 years ago, a renowned French scientist named Gilles-Éric Séralini and his team ran a long-term study on animals consuming Monsanto’s infamous NK603 GM maize variety and Roundup herbicide (that contains glyphosate), and the finding rocked and shocked the world. The male rats suffered severe liver and kidney damage after three months, and most of the female rats grew massive cancer tumors around the same time period. The findings were published in the peer-reviewed journal Food and Chemical Toxicology in November of 2013.

Shortly after the publication of the famous study, Monsanto’s highly paid biotech goons ran the same study, but cut the results short at three months, just before all the rats got deadly sick, and claimed that Seralini’s study was flawed. Then, somehow (money), Monsanto got the Seralini GM corn peer-reviewed study retracted from the science journal and of course the mass media published the lies about Seralini across the internet for all to judge. Even though the study was flawless and followed all proper science and research protocol, it was too late when the work was credited again and republished. The masses were conned again by the biotech Frankenfood shills. Today, the landmark Seralini studyis difficult to find on Google and YouTube because Big Pharma and Big Food run the internet and censor everything that affects their profits.

For anyone who thinks humans aren’t affected by toxic corn the same way the lab rats are, consider the fact that Seralini used the Sprague-Dawley (SD) rats that are just as prone to tumors as humans are, and the SD rat’s tendency to develop cancer increases with age, just like us. These rats usually have a 2-year life span, and they were dying of cancer and kidney failure after just 3 to 4 months. Are you wanting to avoid premature death? Don’t wait for the FDA or the USDA to try to help you. The USDA spent nearly $2 billion on biotech research (genetically modified foods), of which only 1 percent went to safety testing.

Did you know that you have the choice not to get cancer? You can literally “opt out” of cancer. Tune into Cancer.news and find out more about ways to change your blood to healthy blood that can’t breed cancer cells. Learn more about the legitimate Seralini GM-corn study right here: