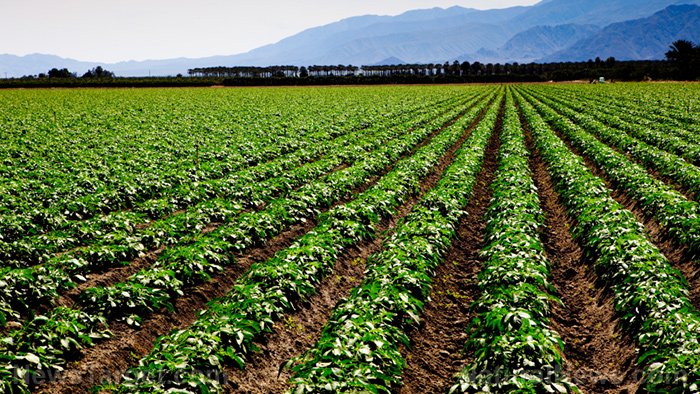 The Defense Advanced Research Projects Agency (DARPA) is working on an agricultural bio-weapon, and a team of scientists are speaking out about it.

For many years, agricultural firms have experimented with plant life, genetically modifying crops to confer desired, profitable traits. This experimentation has largely been conducted in labs, whereas genetic modification is directly applied into the chromosomes of a particular crop. Subsidized and introduced with lofty promise, these genetically altered crops have overtaken agricultural practices over the years. Who wouldn’t want to plant a seed type that has been genetically altered to survive mass herbicide spraying, allowing for easy weed control on a mass scale? While genetic modification shows promise for efficiency, the limitations of this experimentation have showed up across the agriculture industry, worldwide. For one, modified chromosomes are not always vertically inherited from one generation to the next. Two, the weeds that once died quickly begin to take on resistant traits. More chemicals, new formulations, and more genetic changes are needed in order to maintain profit margins. Moreover, as agriculture becomes dependent on a select breed of genetically altered seeds, agricultural systems become vulnerable.

Plants will naturally adapt to the diseases and pests in their regional ecosystem and produce seeds that are more genetically adapted to these threats. Heirloom seeds possess various traits from year to year. A diverse selection of heirloom seeds protects agriculture systems. This is why the governments of the world save seeds at the Svalbard Global Seed Vault, an underground facility near the North Pole which protects against accidental loss of diversity in traditional gene banks.

Understanding the limitations of genetically modified crops, DARPA researchers insist that the problems be solved by circumventing the genetic modification of the plant; instead DARPA wishes to disperse infectious genetically modified viruses into insects so the bugs can edit crop chromosomes directly in the fields, non-stop. In this way, farmers wouldn’t have to rely on waning vertical inheritance of genetically modified traits. This strategy would allow for horizontal transfer of genetic modification, allowing insects to infect crops with viruses that can change the plant’s chromosomes after they are attacked. To do this, DARPA would have to colonize crop pests, infect them with viruses, and unleash them into the environment. This would have a profound impact on ecosystems, crop health, and eventually human health. Infected insects would eventually come in contact with humans; the consequences are inescapable.

Richard Reeves and D. Caetano-Anollés of the Department of Evolutionary Genetics, Max Planck Institute for Evolutionary Biology, Plön, Germany; C. Boëte of ISEM, University Montpellier, CNRS, EPHE, IRD, Montpellier, France; and S. Voeneky and F. Beck from the Institute of International Law and Ethics of Law, University of Freiburg, Germany have exposed DARPA’s sinister plan. They purport that, “The regulatory, biological, economic, and societal implications of dispersing such horizontal environmental genetic alteration agents (HEGAAs) into ecosystems” does nothing to enhance U.S. agriculture or advance national defense. The scientists say the program could be viewed as a way to develop biological agents for hostile purposes. They decry that this program could “constitute a breach of the Biological Weapons Convention (BWC).”

With DARPA researching ways to weaponize insects with viruses, the U.S. could indeed be violating the BWC, a treaty that banned countries from developing, producing, and stockpiling biological weapons. DARPA began the project in 2017, not with the intent to build a weapon that spreads disease, but to help farmers with problems in the field, including drought, disease, floods, and frost.

Researchers at the Boyce Thompson Institute in New York, Pennsylvania State University, Ohio State University and the University of Texas at Austin have received $27 million in funding to help DARPA develop Horizontal Environmental Genetic Alteration Agents (HEGAA). These agents are viruses that will be introduced into the insect population to directly influence the genetic makeup of crops. DARPA intends to use leaf hoppers, white flies, and aphids to introduce the viruses in to the crops. DARPA is calling this the “Insect Allies” program and promises to help farmers combat “climate change.”

Viruses that affect crops, insects, and rodents may impact humans in different ways. For example, reverse transcriptase occurs after injection of the MMR vaccine, whereas an enzyme takes genetic information from the diseased animal cells in the vaccine and reverse transcribes cancer causing retroviruses into human DNA for life. So, how will these genetic changes impact the human genome? How will plants evolve? Will plant nutrients continue to be assimilated by the human microbiome? Furthermore, how will the genetically engineered viruses in the insects interact with other microorganisms in the environment? If crops are constantly being inundated by modified viruses, this technology could alter the genetics and immune systems of humans who depend on the crops.

Notwithstanding, as a U.S. defense project, this technology could be used to introduce debilitating viruses into enemy farmlands, crippling their agriculture. Because of this possibility, DARPA could be engaging in dual-research, developing a bio-weapon under the guise of agricultural advancement. This could spur rival nations to develop their own brand of agricultural, insect-deployed weapons.

DARPA is currently conducting the experiments on insects in closed greenhouses and laboratories. To succeed, they will have to prove that their virus treatments produce a beneficial gain to agriculture. They will have to prove that the viruses can be precision guided to the “right plants” and the “right tissue.” Once completed, DARPA will have invented the means to unleash either unintended genetic consequences into the environment or an advanced insect-driven bio-weapon.