Prepare For Change
Home Awakening Urgent: Monsanto And Bayer Are Moving To Create A Monopoly On Marijuana 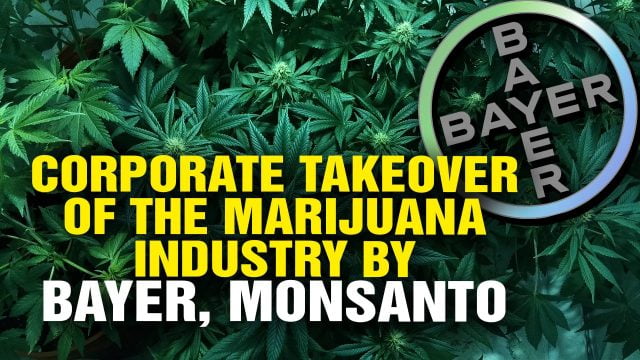 You’ve heard of Monopoly, right? The fun little board game with fake money, little plastic houses, and get out of jail free cards? It’s a great way to pass the time. That is, depending on who you’re playing with.

But when it comes to real-life properties, business, and products, however, a monopoly becomes a whole lot more dangerous.

Two major companies, Monsanto and Bayer, have recently joined together and seem to be plotting to take over the cannabis industry. In other words, create a monopoly on marijuana. 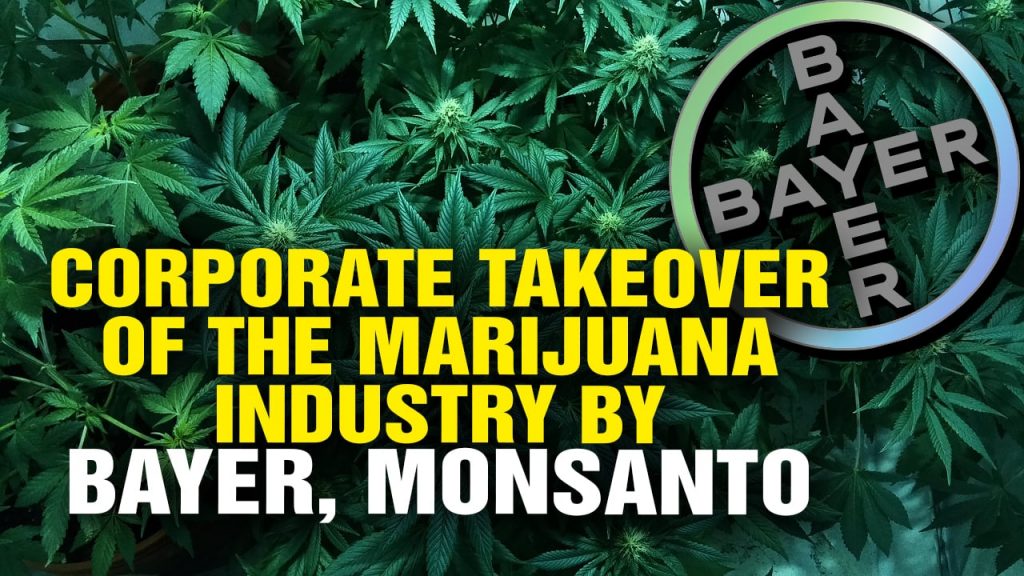 Monsanto is an agricultural company that has been around for hundreds of years. In a nutshell, they provide farmers with genetically modified (GMO) seeds and crop pesticides. They easily hold the lead position in the corn and soy industries with their genetic engineering.

Bayer is a pharmaceutical company that has also been up and running for more than a century. Their main focus is to produce and sell medicine and healthcare products, however, they also have a foot firmly planted in the agricultural realm.

How The Marijuana Monopoly Works

For years there have been rumors going around about Monsanto planning to take over the marijuana industry with genetic engineering. And because they already seem to have an extreme upper hand in other industries, the rumors seem to be coming closer and closer to reality.

Monsanto and Scotts Miracle-Gro have started working together and taking suspicious action that seems to point to a marijuana monopoly. One of Scott’s front groups has started buying out several major marijuana growing companies and attempted to buy many others. Monsanto definitely has their eye on the marijuana industry.

Bayer also made a recent business move to buy out Monsanto for $66 billion, so we know that these two companies are not only working together but are essentially one and the same.

So, now that Bayer and Monsanto are on the same team, they are able to share their production secrets with each other and grow together as a mutual business.

Both companies have information about genetically modifying crops, and Bayer is in a partnership with GW Pharmaceuticals, which grows proprietary marijuana genetics. So the way things are going, all things point to Bayer and Monsanto trying to get in on GMO marijuana.

Due to the corporate power of these two companies, if this monopoly were to occur, Monsanto and Bayer would likely gain complete and total control over marijuana for medicinal and recreational use. This doesn’t look good for medical users, or anyone else who is planning on getting into this industry.

What Can You Do?

Although it may seem too big a task to go up against these corporate giants, there are some simple things that you can do to fight back against this monopoly disaster!

2. Don’t Support These Companies! Do your research before purchasing any product to make sure that you aren’t supporting any of these major businesses, or other companies that do business with them.

3. Stay Informed! Spread the word out to your friends, and keep an eye out for any new information on this and other similar issues so you can take action as soon as possible.

Monopoly is much more than a game! These companies are treading dangerous grounds, but that doesn’t mean that you can’t do your part to interfere. Take the right kind of action to prevent this dangerous monopoly at all costs.