Prepare For Change
Home ARCONTES Humanity is revolting against globalist plot to alter the atmosphere in the... 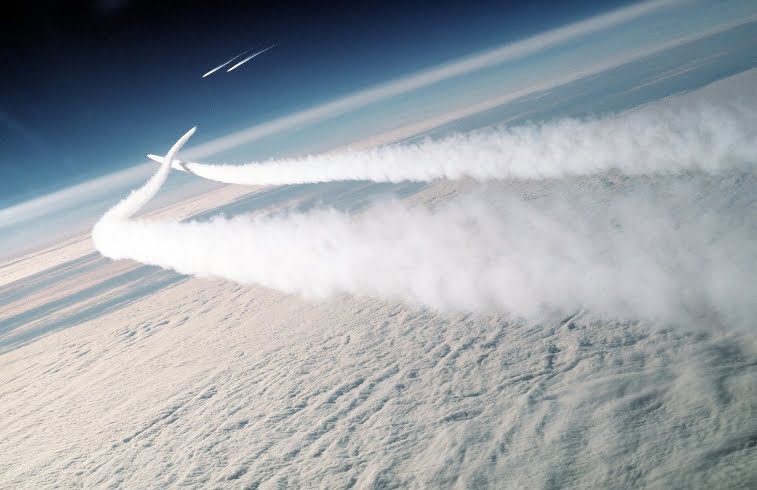 fter three weeks of riots in France caused by the government’s imposition of massive new “carbon taxes” that are supposed to fight “climate change,” President Emmanuel Macron suspended them as a means of diffusing tensions.

The imposition of the tax was purposely designed to dramatically increase the cost of gasoline and diesel fuel with the express purpose of reducing the use of fossil fuels. That’s what France agreed to in 2015 when it hosted — and signed onto — the Paris Climate Accords, the latest globalist construct aimed at transferring wealth from rich countries to the Third World, so that the elites can rule over a planet full of people who are equally destitute.

What Macron — a true believer in human-caused “global warming” — and the rest of his ruling cabal didn’t count on was the reaction of the French people. But frankly, any honest assessment of the situation prior to Macron’s carbon taxes should have seen the revolt coming.

“Virulently anti-elite, the protesters say they cannot make ends meet with the present burdens on the working and middle class,” writes conservative columnist, author, and GOP presidential contender Pat Buchanan. “Specifically, what the rioters seems to be saying is this: ‘We cannot see the benefits you are promising to future generations from cutting carbon emissions. And we cannot survive the taxes you are imposing on us in the here and now.’”

Leftist constructs always look better on paper, but in practice, they are not only disastrous economically, but they are also capable of destabilizing entire countries. France is the latest example.

“According to the Paris agreement, poorer nations were promised $100 billion a year, starting in 2020, to cut carbon emissions. Anyone think that the newly nationalistic peoples of the West will tolerate that kind of wealth transfer to the Third World indefinitely?” he added.

The answer, again, should be obvious.

The plot to destroy the earth in order to ‘save’ it

In America, there are no such carbon tax riots in the U.S. since POTUS Donald Trump removed us from the Paris accords in the summer of 2017. But that is liable to change soon once Americans find out what the globalist “climate change” hoax artists have in mind.

As reported by Natural News founder/editor Mike Adams, the Health Ranger, there is a scheme afoot to “collapse global food production, kill off over 90% of the human race, devastate natural ecosystems and pollute the Earth’s atmosphere…and it’s all being sold to you under the banner of ‘environmentalism.’” (Related: Celebrated physicist Freeman Dyson agrees with Mike Adams: Rising carbon dioxide is a huge benefit to life on Earth.)

Specifically, he writes, “The scheme is called ‘global dimming,’ and it’s a dangerous geoengineering plot to spray billions of tons of smog into the atmosphere so that pollution levels would block sunlight and halt global warming.

“This is literally what the mad environmental scientists are now proposing — the very same people who have, for years, claimed that ‘chemtrails’ are a conspiracy theory and don’t exist. Now, all of a sudden, they want to chemtrail the entire planet in order to ‘save’ us all from global warming,” Adams reported, citing an actual scientific study laying out the details of the scheme.

Like the globalist Left did when they stopped using the phrase “global warming” and began using “climate change,” the term “chemtrail” has been replaced with “Stratospheric Aerosol Injection,” or SAI. Adams also notes that the study’s authors, Wake Smith and Gernot Wagner, even ponder whether the plan can be carried out “in secret.”

Incredibly, the authors recommend using specially designed aircraft to make 4,000 flights a year costing $2.25 billion in order to ensure that the upper atmosphere is polluted sufficiently enough to blot out much of the sun.

“These lunatics, if given enough government funding, will literally murder our planet and destroy human civilization. Such is the cost of the decades of false propaganda in our public schools that has brainwashed children into believing ‘climate change’ is real and must be halted,” writes Adams.