The American Diabetes Association (ADA) just put out a position paper on treating diabetes. It’s focus on treatment and prevention, especially for the increasing incidents of diabetes 2 among youth, demonstrates the willful ignorance of institutions that create medical standards for the medical profession.

What is ignored is the potential for treating obesity and diabetes 2 with the high-fat low-carb ketogenic diet, which has proven effective for all the factors leading to diabetes and diabetes 2 itself, even improving the overall health of those afflicted with diabetes 1, the less frequent form of diabetes that requires insulin injections. 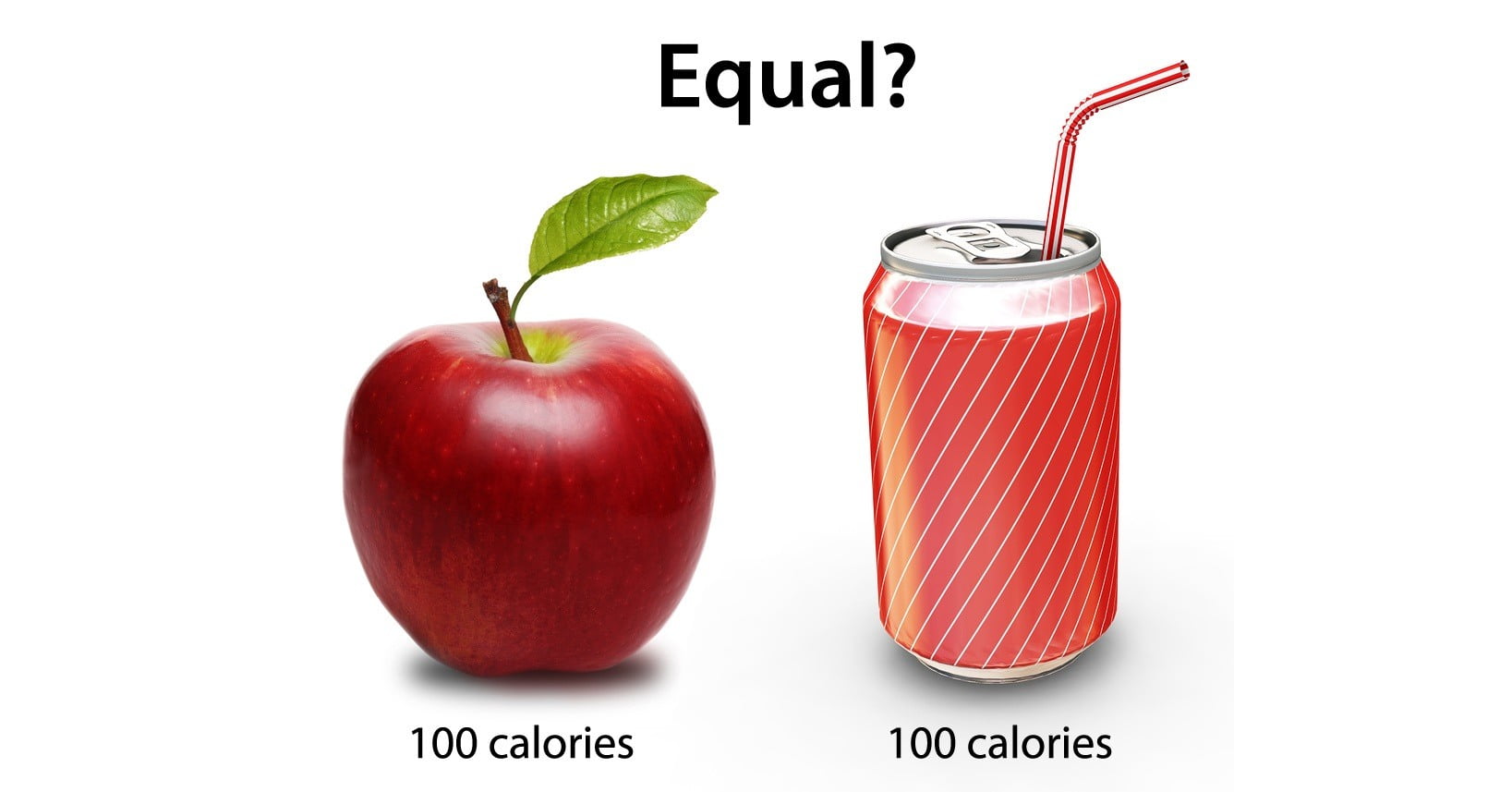 According to the ADA, the same “calories in calories out” solution, eating less high calorie foods and increasing exercise, is the solution for the youth of America who are experiencing an epidemic of obesity and diabetes.

From the ADA position paper:

In youth-onset type 2 diabetes, the major modifiable risk factors are obesity and lifestyle habits of excess nutritional intake, low physical activity, and increased sedentary behaviors with decreased energy expenditure, resulting in the surplus of energy being stored as body fat.

Their recently released guidelines focus on obesity containment with the tried and untrue recommendations of increased exercise while lowering calorie intake. There is no mention of what type of diet would be most helpful, though it does advise a reduction in sugar intake, especially from sodas.

Dr. Robert Lustig, MD, Professor Emeritus of Pediatrics, Division of Endocrinology at the University of California, San Francisco (UCSF) and outspoken critic of our national nutritional dogma responded to that statement with:

…it’s still about calories in, calories out. And in the nutrition section, it’s about weight loss and management.

The words “diet” or “sugar” or “processed food” aren’t even mentioned. (…) Forget that Virta Health has reversed Type 2 diabetes with a ketogenic diet, to the point where they are changing their business model to put their profits “at risk” based on diabetes reversal. (Source)

Counting calories with the same low-fat, high carbohydrate diet recommended by the ADA and other institutions is not the solution for obesity, which is but one factor toward becoming type 2 diabetic. It really doesn’t work long term for obesity. See:

Instead, the ADA recommends metformin, a typically prescribed pharmaceutical drug for diabetes type 2 or even hypoglycemia (high blood sugar), which again is but one factor leading to diabetes 2. The position paper also lists other diabetes drugs. They all offer negative side effects while “maintaining” diabetes 2 symptoms.

The new ADA guidelines mention a rare marker, ketoacidosis, which is the result of an acidic situation created by a lack of cellular nutrition and energy metabolism. This is created from a high calorie, low nutritionally-dense diet that triggers the body’s starvation response and produces too many ketones to provide cellular metabolism.

It seems that mainstream medicine confuses ketosis/ketoacidosis with nutritional ketosis. Nutritional ketosis is a gradual process of training the body to use fat as its main energy source. This creates ketones, which are energy sources that replace glucose as energy when there is insulin resistance.

Ketones do not require insulin to escort their energy-producing molecules into cells for proper cellular metabolism. So ketones are the perfect replacement for glucose when there is insulin resistance.

Insulin resistance shouldn’t be confused with little to no pancreatic insulin production. With insulin resistance, enough insulin may be produced, but the cells cannot allow sufficient insulin to usher in glucose from carbohydrates. This is a major factor of diabetes 2.

Insufficient insulin production due to malfunctioning pancreas beta cells is the source of the much more rare diabetes 1, which usually occurs while young due to genetic issues. This is when insulin must be derived from external sources by injection.

Yet, because the ADA folks lack the knowledge of how safe nutritional ketosis works, instead of recommending the ketogenic diet to resolve ketoacidosis and diabetes 2 symptoms, the ADA recommends subcutaneous injections of insulin added to metformin, a prescription drug with dubious efficacy and actual side effects.

The ADA position paper also recommends insulin injections if a metformin drug is contraindicated or is producing extreme adverse side effects. Insulin should never be prescribed for type 2 diabetics. It’s like throwing gasoline onto a fire.

If the combination of metformin plus basal insulin is ineffective at achieving or maintaining glycemic targets, more intensive approaches to insulin therapy may be initiated.

Another ADA recommendation is metabolic surgery instead of advising a ketogenic diet that has proven effective at reducing obesity.

Metabolic surgery may be considered for the treatment of adolescents with type 2 diabetes who are markedly obese.

These surgeries involve clamping, removing, or bypassing parts of the gastrointestinal (GI) tract to encourage lower appetites. This is an expensive and potentially dangerous procedure not worth considering when the simple solution of ketogenic dieting is available.

Slowly, the truth of what really causes the chronic conditions of obesity, diabetes 2, and heart disease is seeping through the lies of dogmatic institutions that support Big Pharma and Big Food. Alternative news sites such as Health Impact News provide information blocked by the mainstream media’s silence, which is offered in exchange for receiving lots of advertising revenue from Big Pharma and Big Food. See:

Ketogenic Dieting is the Most Ignored Alternative Solution That Works

Once again, the ketogenic diet bypasses the need for insulin by providing an energy source other than glucose (sugar) that doesn’t require insulin – ketones. Thus we have the name ketogenic.

The ketogenic diet “trains” one’s body to get its energy from fat. Of course, these have to be healthy fats. Some healthy fats include flaxseed oils, real olive oil, and other seed oils that are not heated or chemically treated as part of their processes for increasing shelf life.

Inexpensive vegetable oils and margarine are heat processed or chemically treated to produce trans-fatty acids, along with high sugar refined carbs consumption, and they create inflammation, the real source of almost every chronic and potentially life-ending disease that exists in our modern times.

The ketogenic diet is not high protein like the Paleo diet. It is low carbohydrate, especially refined carbs, moderate protein, and high fat. Amazingly, people lose weight without going hungry and counting calories in addition to reversing chronic conditions with the ketogenic diet.

Dr. Lustig’s denouncement for the ADA position paper mentioned a medical group in San Francisco called Virta Health and how they use the ketogenic diet with such great success for diabetics that they have adopted a unique pay by result policy. Virta Health co-founder and CEO Sami Inkinen explains:

We founded Virta to not only reverse type 2 diabetes in millions of patients, but also to substantially lower the cost of chronic disease for payers and society as a whole.

Now that we have both clinical trial and commercial results demonstrating diabetes reversal and cost savings at scale, we are ready to align our economic incentives with those of patients and payers by putting 100 percent of our fees at risk.

Virta Healths’s system enables diabetics to not only reverse their type 2 diabetes within a year in most cases, but they’re also able to drop their pharmaceutical medications, even insulin, which should never be prescribed for type 2 diabetics in the first place. (Source)

Their proven success enables Virta Health to keep a patient’s or medical insurance provider’s cost down by paying when there are results instead of being forced to pay fees for fruitless treatments.

It’s not that a patient or the patient’s insurance provider doesn’t pay until cured of diabetes, but as each milestone marker, such as an improved HbA1c (hemoglobin A1c) level, is met a payment is due. This system is also conducive to handling patients only as needed and remotely. (Source)

With proper informational resources, the ketogenic diet can be used outside this clinical arrangement by people who are in early stages of diabetic 2 markers, such as obesity and high blood sugar, who are not yet on pharmaceutical medications or insulin or have not been on medications for long.

This video is not meant solely as a promotion for this medical group but as an opportunity for a medical health professional to explain the ins and outs, nuances and niches of nutritional ketosis, especially as applied to diabetics on medication, including insulin.