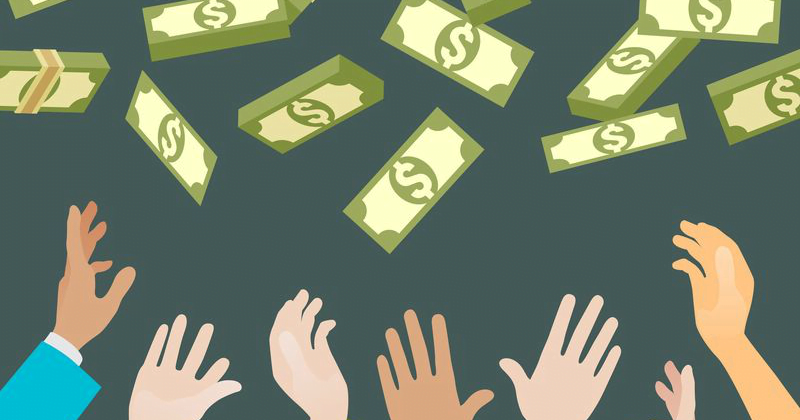 With meagre resources at his disposal, an individual is likely to allocate these resources (i.e., his wealth) towards essentials such as food, clothing and a roof over his head.

He is unlikely to allocate his meagre wealth to less essential goods as far as life and wellbeing is concerned. His variety of consumer goods is likely to be very limited.

As his real wealth begins to expand, the individual is likely to expand the variety of goods consumed, thereby raising his living standard.

Instead of being limited to basic essentials, he can now afford a bit of luxury, or less essential goods, so to speak.

It follows then that one would expect an increase in personal wealth to be associated with a tendency to expand the variety of goods and services consumed. The key to the expansion in real wealth is savings.

The Essence of Real Savings

He can now exchange his savings for a pair of shoes with a shoemaker. Observe that his real savings are his real means of payments-he pays for the shoes with the saved bread.

The introduction of money does not alter our analyses. All that money does, through its role as the medium of exchange is to facilitate the flow of consumer goods. By means of money, the produce of one producer is exchanged for the produce of another producer.

When a baker sells his bread for $1 to a shoemaker, he has supplied the shoemaker with his saved (i.e., unconsumed) bread. The supplied bread sustains the shoemaker and allows him to continue making shoes.

Once real savings are exchanged for money it is of no consequence what the holder of money does with the money. Whether he uses it immediately in exchange for other goods or puts it under the mattress, it will not alter the fact that his real savings are already employed towards the expansion of real wealth.

In a free unhampered market economy there will be a harmonious and sustained change in the pattern of consumption with a rise in consumers’ real wealth. With an increase in real wealth, individuals are likely to strive to acquire various less essential goods and more goods that are luxurious. This harmony however, tends to be disrupted whenever the central bank pumps money.

How Central Bank Policies Disrupt the Harmonious Pattern of Consumption

The monetary pumping disrupts the harmony because of the fact that when money is injected not everybody gets it first. The injection of new money to the economy benefits individuals that receive the newly created money first at the expense of those individuals who did not receive the new money at all, or received it late. The early recipients can now purchase a greater amount of goods while the prices of these goods are still unaffected. The early recipients’ real wealth has increased. According to Rothbard in Man, Economy and State,

Download Your First Issue Free!
Do You Want to Learn How to Become Financially Independent, Make a Living Without a Traditional Job & Finally Live Free?


Again, as the prices of various goods and services start to rise this hurts those individuals who did not receive the newly printed money at all — or received it last.

We have seen that in an unhampered market economy demand for consumer goods is exercised through the production of consumer goods.

In a hampered environment, though, in response to the central bank loose monetary policies, a situation emerges where the demand for consumer goods arises without the prior production of goods.

With a greater wealth at their disposal, their demand for less essential consumer goods as far as life is concerned increases.

The increase in the real wealth of the early recipients of money gives rise to the demand for goods and services that prior to the monetary pumping was on a very low priority list of consumers.

In contrast, the late recipients of money, and those who did not receive the newly printed money at all, have less real funding at their disposal. This undermines their demand for various essential goods required to sustain life and wellbeing.

A change in the pattern of consumption draws the attention of entrepreneurs who, in order to secure profits; adjust their structure of production in accordance with this new development. According to Mises in Planning for Freedom,

In the capitalist system of society’s economic organization, the entrepreneurs determine the course of production. In the performance of this function, they are unconditionally and totally subject to the sovereignty of the buying public, the consumers.

In the process of mobilizing funding, in order to establish a production structure in line with the altered pattern of consumption, businessmen also rely on bank loans. Because of the loose monetary policy of the central bank, commercial banks lower their lending interest rates thereby making borrowing from banks for businessmen more attractive. This lowering in the interest rates is accompanied by the expansion in bank credit (i.e. lending out of thin air). This in turn lifts further the money supply growth rate thereby boosting further the relative demand for non-essential consumer goods.

As the money supply growth rate continues to expand this eats into real savings and starts to hurt various wealth generating activities. This in turn sets in motion the dynamics of an economic recession.

When money “out of thin air” gives rise to consumption that is not supported by the production of consumer goods, this undermines the pool of real savings. This, in turn, undermines the production of consumer goods of some wealth producers, thereby weakening their effective demand for the goods of some other wealth producers. The other producers are then forced to curtail their production of goods, thereby weakening their effective demand.

In this way, money “out of thin air,” which destroys savings, sets up the dynamics of the consequent shrinkage of the production flow.

In response to the emerging decline in economic activity, banks curtail their lending out of thin air to businesses thus putting pressure on the money supply growth rate. This in turn weakens further the demand for various non-essential consumer goods and in turn weakens the viability of various businesses engaged in the production of these goods.

As a rule, a recession emerges once the central bank reverses its loose monetary stance. However, as was shown above, the monetary pumping (i.e. monetary inflation boom) always plants the seeds of a recession. This implies that even if the central bank were to decide not to alter its easy stance, the depletion of the pool of real savings would put an end to the artificial boom.