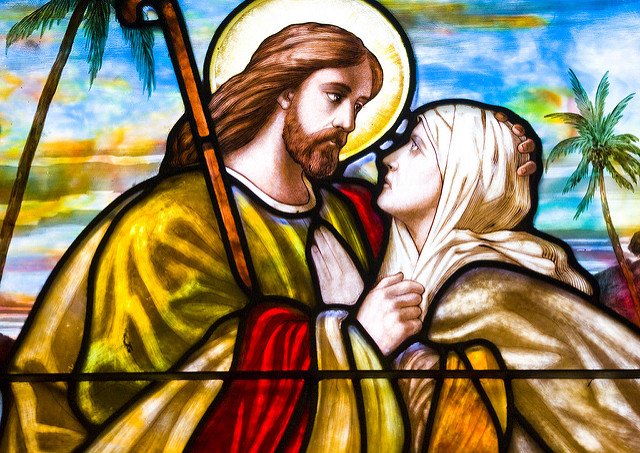 —Lyrics to the famous Christmas song, “Do You Hear What I Hear,” written by Gloria Shayne Baker & Noel Regney during the October 1962 Cuban Missile Crisis.

Whether or not you believe Jesus was the literal Son of God—I have doubts myself—two truths remain salient at this time of year: America is, by and large, the most religious (Christian) wealthy country on the planet; and the founder of that religion was, according to its holy book, a refugee. Depending on the gospel you favor, Christ was born on the run from wicked King Herod, spending the first years of his life not in his reputed birthplace, Bethlehem, but in Egypt and/or the small village of Nazareth in the Galilee.

Ironic then, isn’t it, that so many Americans lack empathy for a new generation of refugees— many of them victims of U.S. foreign policy generally and its militarism specifically. This has been especially true for people of color, which constitute the vast majority of migrants seeking refuge and repatriation today. As 2018 turns to 2019, the largest migration of people since the end of World War II has become a global crisis. And U.S. military policy is at least partly—if not mostly—responsible for some of the worst humanitarian disasters the world over. 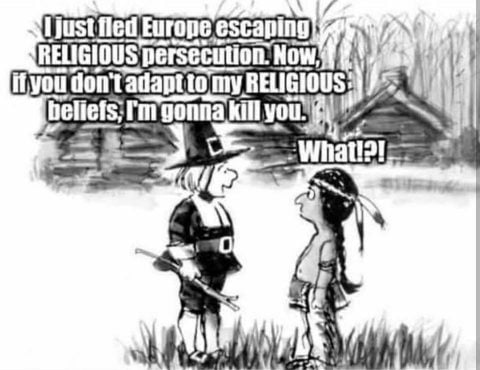 The most shocking indictment of U.S. government action comes in Yemen, already the Arab world’s poorest country before the terror bombing and starvation blockade began. Here, the American military is deeply complicit in a Saudi-led, Washington-supported war on the Yemeni people. Without U.S. intelligence, munitions, in-flight refueling and international cover, Saudi Arabia’s villainous regime could never have starved or bombed people, mostly civilians, with such effectiveness.The results have been nothing less than horrifying: tens of thousands of civilians killed in air strikes, 85,000 children already starved to death, the world’s worst cholera epidemic spreading, and, yes, the creation of more than 3 million refugees. Imagine the popular outcry if those starving faces and bodies were white and Christian. (Side note: our beloved Jesus was himself rather brown, despite the best efforts of the institutional church to literally whitewash that inconvenient fact). To their credit, the U.S. Senate has voted, however belatedly, to end U.S. support for that war. Still, don’t expect a change in Washington’s criminal policies any time soon: the president has announced his intention to veto the resolution, and the Senate thus far lacks the votes to override him.

In the Gaza Strip, the most densely populated sliver of the planet earth, Israel has forged the largest, all but permanent refugee camp in the world—this with the unconditional backing of the U.S. Now in its 11th year, the inhuman blockade of Gaza has reduced Palestinians trapped in the Strip to a state of complete dependency on humanitarian aid, according to the United Nations. And when the Gazans have the gall to protest their deplorable (and preventable) conditions, they are indiscriminately mowed down by Israeli Defense Forces. None of this would be possible, again, without the support of Washington’s $3 billion in annual military aid and the reflexive cover of America’s most powerful institutions. 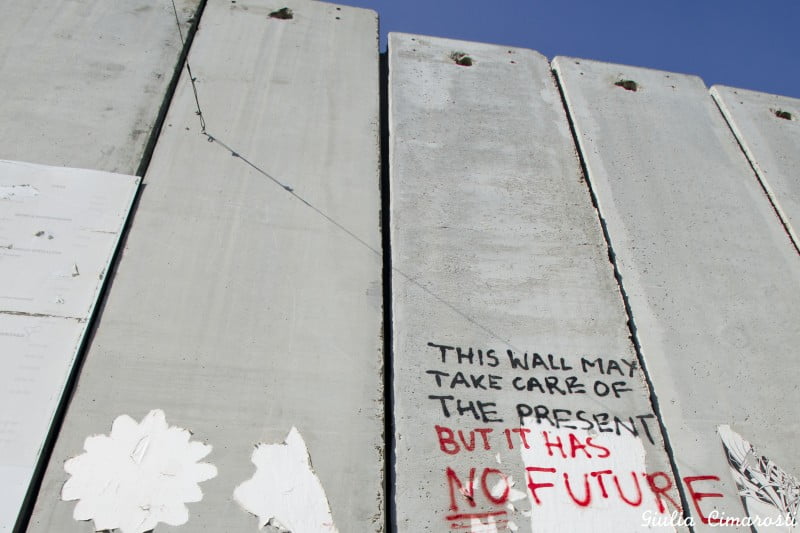 Forgetting, conveniently, that Jesus Christ was himself a brown Palestinian (Jew), the U.S. has relegated the Gazans to second-class citizenship, subjugating them to an increasingly unhinged, far-right Israeli government. For good measure, and as a final slap in the face to Palestinian sovereignty, President Donald Trump has also unilaterally moved the U.S. Embassy to Jerusalem. Despite it being home to three world religions, the region is now for Jews only,  Washington has apparently decided. Paradoxically, and ever so cynically, American evangelicals have thrown their full support behind the decision. A staggering 30 percent of Americans believe that end times are near and that backing of the Israeli government will help usher in Jesus’ return. Of course, according to the evangelical view, when the messiah does materialize, all those Jews will promptly go to hell unless they except Christianity, but that’s a risk Israeli Prime Minister Benjamin Netanyahu and his reactionary government is willing to take. The $3 billion in arms support goes a long way, I suppose.

Then there’s the migrant crisis on America’s own southern border. The president, naturally, wants a “tremendous” wall to keep the stream of asylum-seeking men, women and children out of the country. He’s even proved willing to shut down the government until he receives funding for his “artistically designed steel slats.” This Christmas, in fact, American soldiers will spend the holiday season stationed on the border to halt an “invasion” that isn’t an invasion at all but a collection of impoverished refugees seeking a better way of life. While celebrating the virgin birth of their refugee savior, away from their families, these troops will continue sealing off the border with what the president has called “beautiful” barbed wire, empathy be damned. So much for Lady Liberty’s call to “give me your tired, your poor, your huddled masses. …” 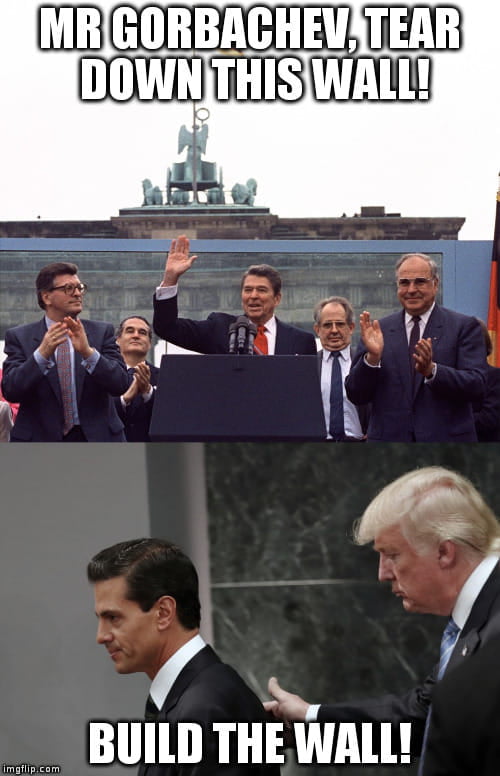 Remember Germany: “Tear down this wall!” is a line from a speech made by U.S. President Ronald Reagan in West Berlin on June 12, 1987, calling for the leader of the Soviet Union, Mikhail Gorbachev, to open up the barrier which had divided West and East Berlin since1961.

To return to Americans’ favored theology, let us admit the baby Jesus was born a refugee, and the grown Jesus essentially died one. Beginning his preaching mission, Christ had “nowhere to lay his head” (Matthew 8.20; Luke 9.58), and he and his followers counted on the hospitality of ordinary villagers to survive (Mark 6.8–11; Matthew 10.9–11; Luke 9.3). Reflect for just a moment this Christmas on the starving Yemeni children, perennially blockaded Gazans and the migrants tear-gassed on America’s southern border or separated from their parents. Think then, as the song says, of the children “shivering in the cold.”

When you do, ask what role America, our government, has played in creating and perpetuating the latest refugee crises. Is the United States living up to the ostensible ethics of its zealously proclaimed Christianity? The oldest gospel speaks of Jesus telling his transient apostles this: “And if any place will not receive you and refuse to hear you, shake off the dust on your feet when you leave, for a testimony to them” (Mark 6.11). 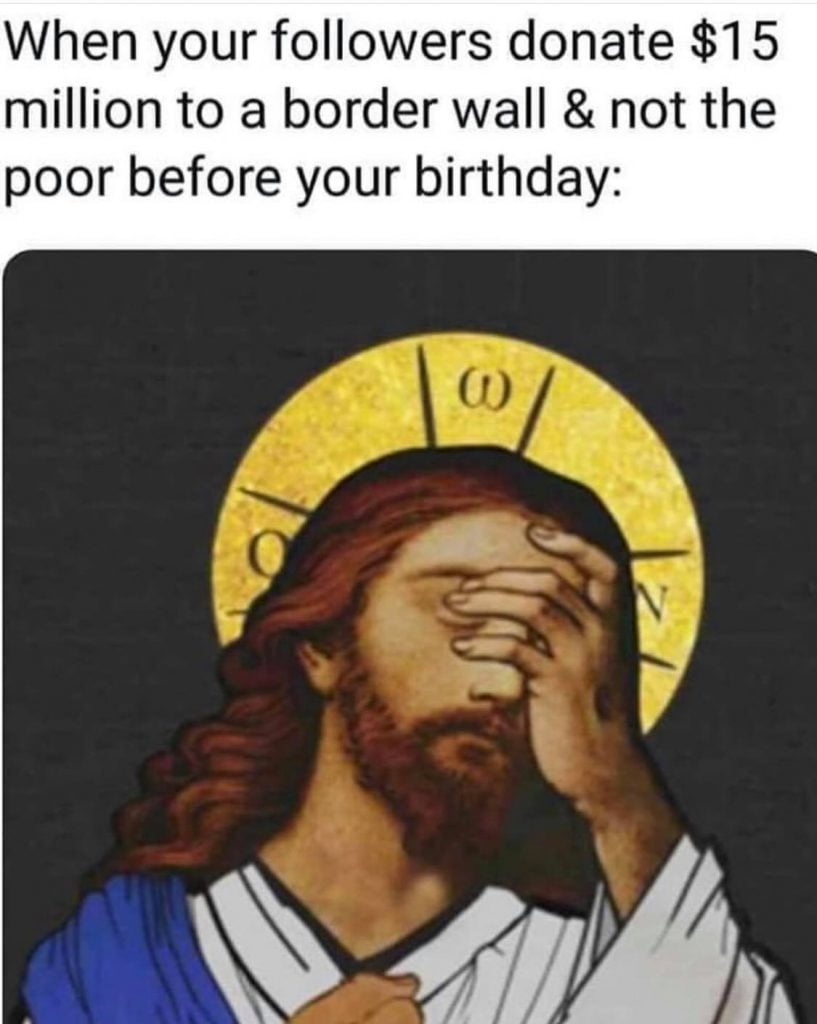 This author, at least, reads that passage with much discomfort. Our country, which today does most of its teaching with bombs, is complicit in some of the worst humanitarian and refugee crises in the world. And, by and large, it will not receive its victims, refuses to hear them and bars entry to most. That this is so, is, I fear, an unforgivable testimony to us all.

Major Danny Sjursen, a Truthdig regular, is a U.S. Army officer and former history instructor at West Point. He served tours with reconnaissance units in Iraq and Afghanistan. He has written a memoir and critical analysis of the Iraq War, Ghost Riders of Baghdad: Soldiers, Civilians, and the Myth of the Surge. He lives with his wife and four sons in Lawrence, Kansas.  Follow him on Twitter at @SkepticalVet and check out his new podcast “Fortress on a Hill,”co-hosted with fellow vet Chris “Henri” Henrikson.