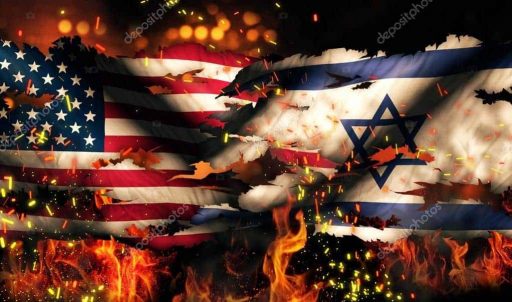 How many of us have really examined the historical “truths” in our textbooks and presented on television about the Federal Reserve Board, the World Wars, Pearl Harbor, the Kennedy Assassinations and that of Martin Luther King? Have you ever heard of Deir Yassin? The Lavon Affair? The USS Liberty Attack? The Pollard Spy Case? The real story on 9-11?

Mark Dankof is the former 36th District Chairman of the Republican Party in King County/Seattle. He was an elected delegate to Texas State Republican Conventions in 1994 and 1996 and entered the United States Senate race in Delaware in 2000 as the nominated candidate of the Constitution Party against Democratic candidate Thomas Carper and Republican incumbent William Roth.

JEA: What’s your view on the American Empire and political Zionism, which essentially has its headquarters in Israel?

MD: The American Empire and its linkage to the Zionist State of Israel is intrinsically evil.[1] These entities are at the center of the drive to the New World Order, which in turn encompasses the ideology of world government; central banking; a controlled news media; the Culturally Marxist ideologies of radical feminism, abortion-on-demand, the LGBTQ agenda, societal acceptance of pornography, and an inherent opposition to the moral order.[2]

These entities seek to enslave the entire globe with this Satanic ideology, utilizing internal subversion, wartime economic sanctions, a global surveillance police state,[3] and overt threats of military force against nation-states who do not acquiesce to the New World Order.[4]

Iran and a post-Communist Russia being revitalized by Russian Orthodox Christian spirituality and culture are but the latest targets. The symbols of the Christian Cross and the American Flag and Constitution shall be those chosen to sell lies to the American public and the American churches as to what this coming battle is about. Make no mistake about it. The New World Order is about neither. It is the avowed enemy of both, no matter how many United States Army, Air Force, Marine Corps, and Navy recruitment ads appear during NFL games suggesting otherwise.

JEA: What caused you to draw this conclusion?

MD: I have not come to this conclusion lightly or without personal study or sacrifice. I will simply invite you to peruse a recent article of mine, “A ‘Communist’s Thoughts on the 4th of July,” both because of a young man I discuss in that essay who is a microcosm of the deception of millions of Americans who believe they are following Christ in this arena when in fact I believe the opposite is true, and also because that essay contains many links to presentations and articles I have been preparing since 9-11, often times at considerable risk over these years.

Read these articles; listen to many TV and radio broadcasts since The War on Terror began 17 years ago. My work will lead you to that of many others of equal or greater importance than I. Begin this journey in earnest and you will encounter a world deliberately being withheld from you by your schools, your churches, most of your textbooks, as well as the news media most of you encounter when at all. I simply ask all of you to follow the dictum of Francis Bacon: “Read, not to believe and take for granted, nor to contradict and confute, but to weigh and consider.”

After all, how many of us have really examined the historical “truths” in our textbooks and presented on television about the Federal Reserve Board,[5] the World Wars, Pearl Harbor, the Kennedy Assassinations and that of Martin Luther King? Have you ever heard of Deir Yassin? The Lavon Affair? The USS Liberty Attack?[6] The Pollard Spy Case? The real story on 9-11?

Or these Gulf Wars which began in earnest with Desert Storm under George Herbert Walker Bush in January of 1991? What is really the truth about why our government has taken such a bellicose stance on Iran and Russia in recent years?[7] Why has our government supported ISIS and Al-Qaeda affiliates in destroying Syria? Why are we supporting the genocidal war of Saudi Arabia in Yemen?

I am no pacifist. I believe in St. Augustine’s Just War Theory. I come from a lifelong Air Force family. I am no stranger to weaponry. I would fight for the legitimate defense of the United States against domestic criminals and foreign aggressors as I would for the innocent in our own community in San Antonio whose lives are being threatened and who are defenseless.

As a personal example 3 years ago, I almost had to shoot a criminal malefactor to death who was in the process of beating a woman to death in the parking lot of my apartment complex in San Antonio, even as a 3 month old infant lay injured underneath the couple’s car. I truly thank God everyday that circumstances that prevented that justifiable development from having to happen did take place. You may read about it briefly here.

The point is this: What the American Empire and the Zionist State of Israel it supports in the Middle East have been doing for years has no moral and legal justification.

Take a close look at the grim reality of this truism in Palestine, Gaza, the Occupied Territories, and East Jerusalem, along with Afghanistan, Iraq, Libya, Syria, Southern Lebanon, or Ukraine. The coming war with Iran and Putin’s Russia will bring this evil New World Order agenda to an apocalyptic crescendo.