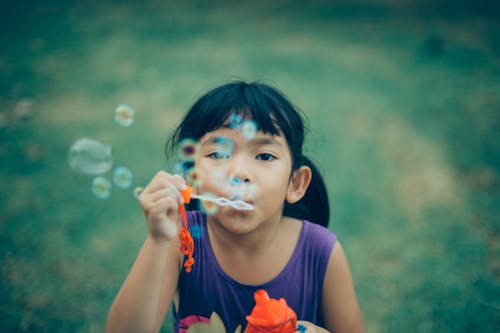 According to a nationwide survey, conducted by NSCH, nearly 35 million children have experienced some form of childhood trauma. When I first read this, I was dumbfounded. When I took a step back and thought about it, everyone I personally know has shared a similar connection with trauma. This statistic, although staggering, seems to be pretty accurate. Trauma can be subjective to perception, thus making it far more prevalent. I was no exception. In fact, I spent most of my life dancing with trauma until it became an insane crutch for my utter victimization.

I was 5 when I had my first encounter with trauma. Unequipped and invalidated, my experience was swept under the rug and that 5-year-old girl was instantly enslaved to fear. I had zero coping skills and no advocate to fight on my behalf. I remember being confused at the pressing questions that followed my accusations and honestly, I began to prefer avoidance over confronting the discomfort. Little did I know, all that little girl wanted was to be heard, protected, and loved.

Thus I began establishing defense mechanisms that would ultimately lead to my demise. Trauma continued to be a common theme for me. Perhaps, I even sought it out. Chaos was comfortable, I always knew what to expect… more chaos. I struggled with the fundamental inability to cope. This led to my indulgence in utter avoidance, codependency, dissociation, and my ravishing addiction. I sabotaged any relationship that required the slightest bit of intimacy. I didn’t trust myself, much less anyone else. I ran from any form of confrontation. My actions made a clear statement on my behalf: I was driven by fear, enslaved to it. Finally, I couldn’t abuse enough substances, spend frivolously enough, or indulge in codependency enough to numb the pain. Legal consequences brought me to my knees and I surrendered.

I was beaten into a state of submission, by my self induced chaos, and I checked myself into a dual diagnosis treatment center. I assumed treatment would serve the sole purpose of helping to relieve me of my alcoholism. My naivety was demolished once I was forced to take a look at the root of why I relentlessly sought out oblivion. Drugs and alcohol were not my problem, they were my solution. The solution to my inability to comfort, soothe, protect, and love that little girl that lost herself to trauma so long ago.

After a year and a half sober, I found myself more miserable than ever before. Stripped of my self-proclaimed solution, I was like a tourist, in a foreign country, with no map. I was that little girl, invalidated and unacknowledged, suffering in isolation. I came upon a turning point: I was either going to drink again or take action. I sought out trauma therapy. Ignorant and rebellious by nature, I was surprised to hear that the flashbacks, nightmares, anxiety, and sleep deprivation were symptoms of PTSD. I was suffering from a disorder and I was unequipped to walk through it alone.

I vividly remember my therapist telling me I needed to engage with that little girl. She told me I needed to “Hug and comfort her, tell her everything will be okay.” Instantly, feelings of discomfort propelled my knee-jerk reaction to retreat. How could I connect to a part of me that I spent 20 years of my life dissociating from? My memories were vague, drowned out by every substance, abusive relationship, and self-destructive behavior. I worked so hard to erase that entire time period from my memory bank. The truth is, I hadn’t erased anything… I had suppressed each passing painful memory, only for them to reappear years later.

I completely detached from a large chunk of my childhood. As therapy continued, we began to walk through the things I feared the most. My therapist challenged me to bring in pictures, write letters, bring awareness, and connect to that little girl. The more we talked about my trauma and revisited old, tangible memories… the more my painful memories began to resurface. My therapist continued to remind me that the trauma and pain, that little 5-year-old experienced, was not of her own making. As I became more willing, I developed more empathy, awareness, and even more love for that little girl. I was willing to see her from an entirely different perspective. I was able to navigate through my anxiety without the aid of more medication. Meditation and spiritual evolution became the remedy for my mental barriers.

Grace and miraculous healing met me in that place. I began to feel empowered and comforted, all at once. All along, I was too busy condemning the scared little girl rather than becoming one with her. Today, I spend less time judging my behaviors and more time soaking up the awareness and implementing a shift in perspective. I have developed a more compassionate approach when dealing with my (sometimes) seemingly erratic behaviors. As I am raising two little ones myself, I am learning to show myself the same unconditional love and patience with myself. After all, everything is exactly as it’s supposed to be. Venturing down the road to healing old wounds, I have come to find new happiness and new freedom.