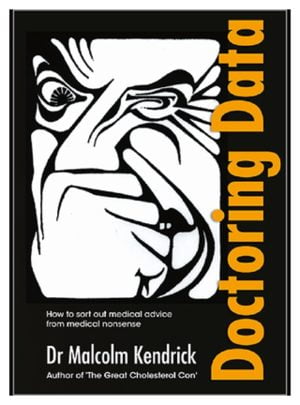 As readers of this blog know I was obliterated from Wikipedia recently. Many have expressed support and told me not to get down about it. To be perfectly frank, the only time I knew I was on Wikipedia was when someone told me I was going to be removed. So it hasn’t caused great psychological trauma.

In fact my feelings about this are probably best expressed on a Roman tombstone. It has been translated in different ways, but my favourite version is the following:

I was not
I was
I am not
I care not

However, whilst my removal from Wiki is, in one way, completely irrelevant in the greater scheme of things. In another way it is hugely important. As Saladin said of Jerusalem, whilst he was battling with the Christians during the crusades. ‘Jerusalem is nothing; Jerusalem is everything.’

You think that is too dramatic? Well, this is what Richard Horton – editor of the Lancet for many years – has to say.

‘The case against science is straightforward: much of the scientific literature, perhaps half, may simply be untrue…science has taken a turn towards darkness.’ – Richard Horton

Science has taken a turn towards darkness… Of course science cannot really turn anywhere. It is not an entity. Science is simply made up of people. The scientific method itself, is simply an attempt to discover what is factually true, by being as objective as possible and removing human bias. It is, like everything humans do, imperfect. Bias is always there.

What Horton means is that the methods used to pursue science have increasingly moved from the pure Olympian ideal, a disinterested quest for truth, to something else. Distortion, manipulation and bias. In some cases downright lies. I hesitate to use the term ‘fake news’, but that is what it is. What it is becoming.

As John Ioannadis had to say in his seminal paper ‘Why most published research findings are false‘,

‘Moreover, for many current scientific fields, claimed research findings may often be simply accurate measures of the prevailing bias. It is more likely for a research claim to be false than true.’

I think, in truth, this very much depends on the area of science you are looking at. Some are highly contentious, for example, Global warming, and here you can see dreadful science being done on all sides, as people desperately try to prove their point.

Moving closer to my area, nutritional science is awful. A complete mess. I have virtually given up reading any paper in this area as they just annoy me so much. Ioannadis has looked at the area in some detail. To quote from The American Council on Science and Health:

Dr. Ioannidis bluntly states that nutrition epidemiology is in need of “radical reform.” In a paragraph that perfectly captures the absurdity of the field, he writes:

“…eating 12 hazelnuts daily (1 oz) would prolong life by 12 years (ie,1 year per hazelnut), drinking 3 cups of coffee daily would achieve a similar gain of 12 extra years, and eating a single mandarin orange daily (80 g) would add 5 years of life. Conversely, consuming 1 egg daily would reduce life expectancy by 6 years, and eating 2 slices of bacon (30 g) daily would shorten life by a decade, an effect worse than smoking. Could these results possibly be true?”

The answer to his rhetorical question is obviously no. So, how did this garbage get published?

Because it found that polyunsaturated fat did lower cholesterol levels, but the more it lowered the cholesterol level, the greater the risk of death. That is in the results, this was the conclusion:

Available evidence from randomized controlled trials shows that replacement of saturated fat in the diet with linoleic acid effectively lowers serum cholesterol but does not support the hypothesis that this translates to a lower risk of death from coronary heart disease or all causes. Findings from the Minnesota Coronary Experiment add to growing evidence that incomplete publication has contributed to overestimation of the benefits of replacing saturated fat with vegetable oils rich in linoleic acid. https://www.bmj.com/content/353/bmj.i1246

I wrote the book Doctoring Data to try and shine some light on the methods used to distort and manipulate data. I try, as best as I can, to follow the scientific method. That includes discussion and debate, to test ones ideas in the furnace of sustained attacks.

However, if you try to do this, the forces of darkness come after you, and they come hard. Especially if ever dare to suggest that animal fats, saturated fats, are not in the least harmful. At which point you waken the vegan beast, and this beast is not the least interested in science, or the scientific method,or discussion or debate.

It has one aim, and that is to silence anyone, anywhere, who dares to question the vegan philosophy. Aided and abetted by the Seventh Day Adventist church. Below is a short list, non-exhaustive list, of those who have suffered their wrath.

Several of these doctors have been dragged in front of the medical authorities, usually by dieticians, who claim that patients are being damaged. So far, they have all won their cases – often after prolonged and expensive legal hearings. Luckily, the courts recognise logic when they see it.

Uffe Ravnskov has his book, the Cholesterol Myths, questioning the cholesterol hypothesis burned, live on air. All of the brave souls on this list have been accused of ‘killing thousands’ at one time or another. Maryanne Demasi lost her job with the Australian Broadcasting Company.

Now, it seems, the attacks have moved into a different area, such as a determined effort to remove everyone from Wikipedia. When the vegans find someone they don’t like, they work tirelessly to extinguish them from the record. They call them kooks and quacks – but they never ever reveal who they truly are. They exists in the shadows.

They got rid of me from Wikipedia, they are currently attacking Aseem Malhotra, Uffe Ravnskov, Jimmy Moore, and the entire THINCS network. (The International Network of Cholesterol Skeptics). There are even worse things going on, that I cannot speak about yet.

Yes, this is science today. At least it is one part of science – which is not science, and it has definitely turned to the darkness. You can be accused of being a kook and a quack by someone who hides behind anonymity and never dares to show their face. In truth, I know who it is. Someone found out for me. Yes MCE, it is you.

You want a debate, come out into the open, reveal yourself, your motives and your arguments to the world. Then we can do science. Until then please expect me to hold you in the contempt that you deserve.