Prepare For Change
Home ARCONTES The Top Secret Plans to Build The Third Temple In Jerusalem And... 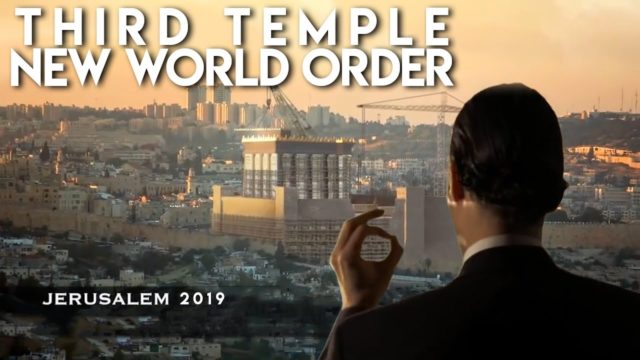 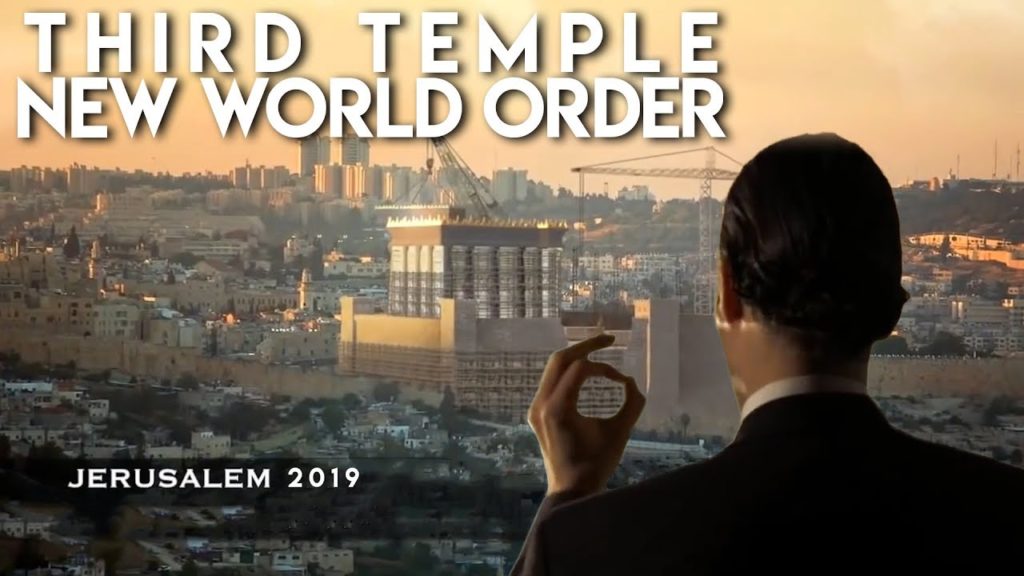 We are certainly living in strange times, there is no doubt about that.  A forthcoming transition, the time of truth has arrived upon the Earth!

For thousands of years, even before religions were first created, prophets and seers predicted the end of days at “The End of The Cycle”.  Aside from a religious point of view the evolution of the human consciousness is basically the realization of the eternal dance between Dark & Light which will inevitably lead to the final battle between good & evil!  Such a battle can only be won by the choosing truth – and to return balance to all unbalanced circumstances.

The fulfilling of the ancient prophecies are all but to the final chapter, and this is what we are presenting here.  We only hope to help by pointing out the truth and then it is solely up to you to choose that which you will.  No one is going to come and snatch us into utopia- at one point we are going to meet our God face to face and do a little judging of our actions.  Let that sink in for a bit so that we may choose wisely!

According to many ancient Hebrew scrolls and biblical scriptures, in order for the spirit of the Anti-Christ to come down to earth in human form the Third Temple of Jerusalem must first be built.  Whether an individual understands prophecies or not, nothing will compare to this one particular prophecy—the building of the Third Temple on the Temple Mount in Jerusalem.

The Third Temple According to Bible Scriptures:

Many of the events prophesied to occur in the end time will be recognizable.  These will include (1) the catastrophic Sixth Trumpet War, (2) a peace agreement in the Middle East, (3) the establishment of a world government and one-world religioun system, (4) the implementation of the global-numbering system commonly referred to as the Mark of the Beast and last (5) the building of the third temple on the holy grounds of the temple Mount in Jerusalem.

All of which we are now seeing literally coming to pass before our very own eyes! Except for number (5)?

1)  The catastrophic Sixth Trumpet War: (Happened on 11/22/16 (for those numerology adepts) which marked the turning point of the Middle East war, involving Syria and the Islamic State/ISIL/DAESH.

2) A peace agreement in the Middle East:

3)  The establishment of a world government and one-world religioun system:

4) The implementation of the global-numbering system commonly referred to as the Mark of the Beast:

Here is another interesting version regarding the “Mark of the Beast” from world renowned journalist Benjamin Fulford:

By Benjamin Fulford (BSNewswire, April 1, 2019) — Israeli archaeologists have discovered a major translation error in biblical end-times prophesies that seem to indicate the end is near.
“Excavations of sites dating back to before the biblical Floods of Spam reveal that early prophets were unable to understand the meaning of a key word and replaced it with a guess as to its meaning,” says Dr. Yura Schmuck of the Israeli Institute of Digital Archaeology.”
The passage in question, from Revelation 13:17, reads, “No one will be able to buy or to sell, except the one who has the mark, either the name of the beast or the number of his name.” The key mistranslation concerns the word “beast,” which in fact should be “visa,” Dr. Schmuck says. The prophets examining the ancient biblical source code did not know what “visa” referred to, so they assumed it was a typographical error and guessed the word meant “beast,” he explains.
“If you substitute the word ‘visa’ for ‘beast,’ then suddenly it all makes sense and we can see the prophecy is coming true with the advent of digital cash,” he notes.
“This is complete and utter nonsense,” says Visa Inc. spokesperson Sey Tannick. She notes that her company’s upcoming debt card microchip implant with “be initially introduced as an optional upgrade.”

Yes, Jared Kushner,  proud son-in law of President Donald Trump, married to Ivanka Trump, is at this very moment not only setting up the place for the Anti-Christ in Jerusalem at the Temple Mount through the “Middle East ‘Deal of The Century’ Peace plan,” but he is also actively involved in the 666 RFiD Chip- mark of the Beast.  (The name “Jared” means “Descending, coming down, Fallen”).

Jews Preparing For The Arrival of Antichrist:  https://www.youtube.com/watch?v=rOlYJM3BSns

The “Deal of The Century” Peace agreement soon to be revealed by Jared Kushner but disguised as a Palestinian peace achievement, will be nothing but a total Zionist victory.  This is because Jared Kushner will include, as a compromise of the Palestinians, the road map for establishing the building of  “The Third Temple” on the Temple Mount.  The signing of such an agreement will effectively trigger the construction of the Third Temple which fulfills the last requirement for the coming of the Hebrew Messiah known by Christians as the Abomination of Desolation or better known as “The Anti-Christ”.

The Bible, which some refer to as the greatest history book ever written, records the building and destruction of both the First and Second Temples.  Historical accounts of the Babylonian invasion of Judea and the First Jewish Revolt against the Romans, provide even further proof of those two structures.

The accuracy of the Bible, both historically and prophetically, can be amazing.  Just as proof of the first two temples having existed can be made, similar certainty can be applied to the building of the prophesied Third Temple.

The Bible prophecies in many places, state that a Third Temple will be built in the future.
In Matthew 24:1-2, Jesus first tells His disciples that the Second Temple would be utterly destroyed.

From Matthew 24:3 and throughout the rest of the chapter, Jesus sat on the Mount of Olives overlooking the Second Temple, while He prophesied of events that would occur near the time of His Second Coming.

Matthew 24:15, “When ye therefore shall see the abomination of desolation, spoken of by Daniel the prophet, stand in the holy place, (whoso readeth, let him understand)…”

The disciples knew Jesus was talking about an event that would take place in a future temple because (1) He had just told them that the current temple was going to be destroyed and (2) His prophecy of the Abomination of Desolation was foretold to occur at the end of the age, not during their era.

In II Thessalonians 2, Paul describes the Abomination of Desolation, but states that the Antichrist will actually sit in the “Temple of God”.

II Thessalonians 2:3-4, “Let no man deceive you by any means: for that day shall not come, except there come a falling away first, and that man of sin be revealed, the son of perdition; Who opposeth and exalteth himself above all that is called God, or that is worshipped; so that he as God sitteth in the temple of God, shewing himself that he is God.”

Both Jesus and the Apostle Paul prophesied that the Abomination of Desolation would occur in a future Jewish Temple near the time of Jesus’ Second Coming.

In Revelation 11:1-2, John was given a snapshot of the status of the Temple Mount during the final three and one half years immediately preceding the Second Coming of Jesus and the Battle of Armageddon.

Revelation 11:1-2, “And there was given me a reed like unto a rod: and the angel stood, saying, Rise, and measure the temple of God, and the altar, and them that worship therein.  But the court which is without the temple leave out, and measure it not; for it is given unto the Gentiles (non-Jews): and the holy city shall they tread under foot forty and two months.”

John was told to measure the Jewish Temple, but not to measure the outer court of the temple because it would be under Gentile control.  This shows us the Temple Mount will be under an internationally supervised sharing arrangement during the final forty-two months immediately preceding the Second Coming.  This sharing arrangement will allow the Zionists to build their Third Temple without having to tear down the Dome of the Rock and the Al Aksa Mosque. 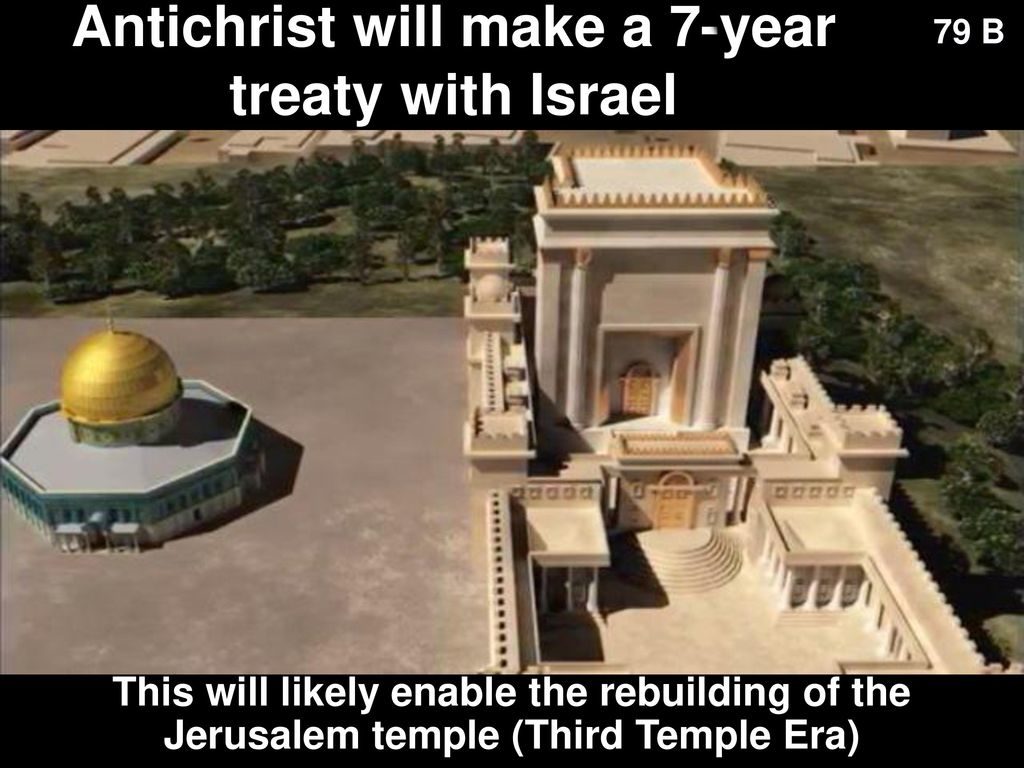 This information is more relevant than ever especially now that most people realize that The Zionist- Apartheid State of Israel is the NWO (New World Order), also known as “The Deep State or Cabal” in America.  Because it is no longer a secret, due to the abundant evidence of this global zionist radical Jewish group being involved in one way or another in over 90% of all the ongoing global wars and conflicts, this group is now pretty much despised by most countries populations.  Independent Journalist Benjamin Fulford beautifully explains it in one of his “Weekly Geopolitical News and Analysis” reports via a “Special letter to the editor from member of founding family of Federal Reserve Board.”

Here is the excerpt from Benjamin Fulford’s report:

“Little do most people know that Israel IS THE CENTRAL GLOBAL HEADQUARTERS OF THE NWO.  This is why our very own corrupt U.S. senators and members of Congress bow instantly to the commands of the Elders of Zion. (See HERE) This is also why all the Zionist puppet-country leaders around the globe bow to the state of Israel, because Israel is the puppet master and everyone must always sing by its dark tune.  What Washington and the Pentagon must realize is that the Zionist global cartel headquartered in Israel IS The New World Order Movement.  Until the U.S. military realizes that as an undeniable fact and makes it a priority to defeat and forcibly remove all the Zionist leaders, presidents, and prime ministers scattered around the globe who were strategically put into key positions of power in key countries, and put new untainted country patriots in their place, we are just endlessly going around wasting time and doing nothing in a vicious cycle which resembles something like trying to pet and contain in a door-less cage a violent and rabid beast that in reality needs to be put down.”

For additional information on this important topic listen to the Steve Quayle & Tom Horn video below, it is worth every minute of it: The Top Secret Plans to Build The Third Temple.

There are rumors of a “Third Temple” already built under the temple mount, for more information watch the following interesting video titled: