Prepare For Change
Home ARCONTES No, you don’t have a “right” to demand that others are vaccinated 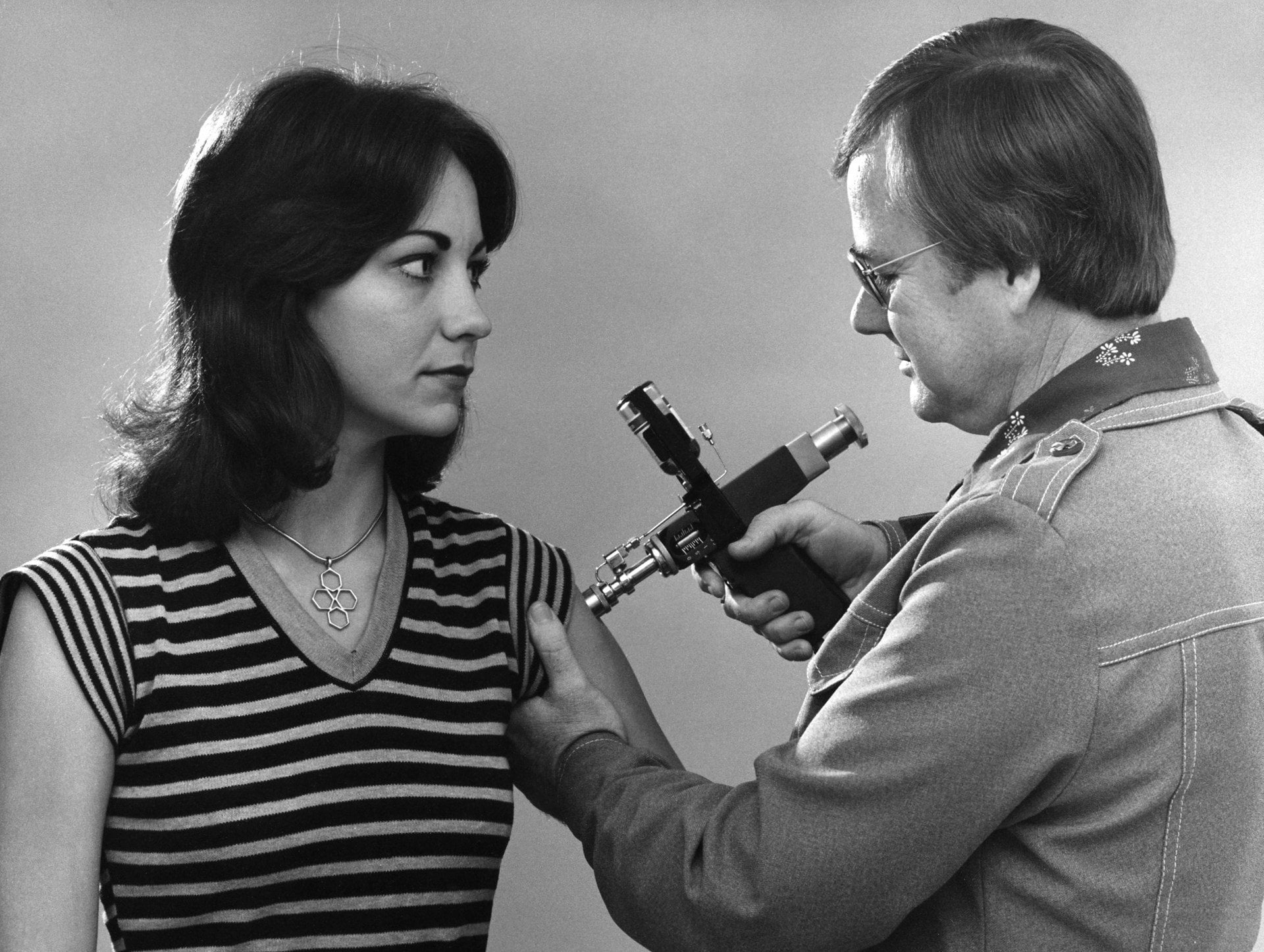 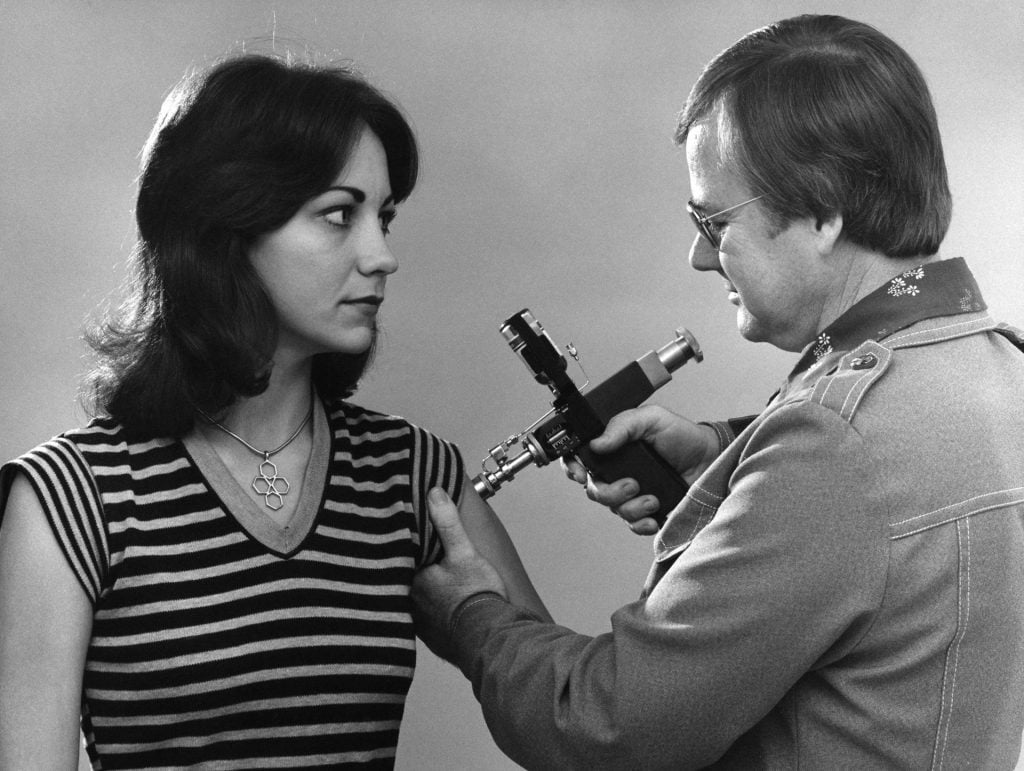 t’s hard to think of a more fundamental right than the right to determine what happens to one’s own body. Forcing someone to undergo medical treatment against their will violates this most basic of rights—the right to be free from physical assault. Yet even somelibertarians have jumped on the mandatory vaccination bandwagon, arguing that one person not taking every possible precaution against contracting a disease constitutes an assault against another. But this line of thinking requires some very tortured logic.

To begin with, nobody has a “right” to a germ-free environment outside of their own property (and good luck establishing one there). Proponents of vaccine mandates assert this “right” as if it is a long-standing social or legal norm, but it is not. Human beings have been living among each other for millennia, and there has never been a widely asserted right to freedom from any and all pathogens at others’ expense.

“This is a much more intrusive demand and a potentially dangerous one.”

There has, historically, been a widely held and asserted expectation of quarantine in the case of exceptionally dangerous illnesses. However, this is not at all what the proponents of mandated vaccines are calling for. Quarantine is simply the demand that those who are already infected with a disease remain isolated in their homes or elsewhere until they are no longer able to infect others.

This is profoundly different from what the pro-mandate crowd demands: that those who are not infected undergo a medical procedure to minimize their chances of becoming infected. This is a much more intrusive demand and a potentially dangerous one.

Furthermore, measles—the scariest thing the mandate pushers can come up with—is not even on the list of federally quarantinable diseases. And rightly so, as it hardly qualifies as an exceptionally dangerous disease in the developed world.

Long before the vaccine was available, the mortality rate had fallen to around 1 in 10,000 cases, and it was widely considered to be a benign childhood illness that nearly everyone contracted.

So what has changed in the last few years? How is it that all of a sudden, measles has gone from a disease not even worthy of mandatory quarantine for the infected to one that has generated near-mass hysteria and demands for the far more intrusive forced medical intervention against those who are not infected?

What About Herd Immunity?

In 2016, then-Libertarian presidential candidate Gary Johnson announcedthat he had reversed his position on vaccine mandates and now supported them. The reason? Someone told him about herd immunity:

…I’ve come to find out that without mandatory vaccines, the vaccines that would in fact be issued would not be effective. So … it’s dependent that you have mandatory vaccines so that every child is immune. Otherwise, not all children will be immune even though they receive a vaccine.

Had Johnson looked just a little more deeply, he would have learned that the theory of vaccine-induced herd immunity is not as solid as its proponents would have us believe. The idea was first put forward by A.W. Hedrich in 1933, based on his observation that measles outbreaks were suppressed when 68 percent of children had contracted the measles virus. This observation had nothing to do with vaccination, as the measles vaccine had not even been developed yet.

This is an important distinction for a few reasons. Perhaps most importantly: While the immunity conferred by contracting measles lasts a lifetime, that conferred by vaccination does not. What this means is that a 90 percent vaccination rate does not equate to 90 percent of the population having immunity. As Dr. Russell Blaylock says:

It was not until relatively recently that it was discovered that most of these vaccines lost their effectiveness 2 to 10 years after being given. What this means is that at least half the population, that is the baby boomers, have had no vaccine-induced immunity against any of these diseases for which they had been vaccinated very early in life. In essence, at least 50% or more of the population was unprotected for decades.

If we listen to present-day wisdom, we are all at risk of resurgent massive epidemics should the vaccination rate fall below 95%. Yet, we have all lived for at least 30 to 40 years with 50% or less of the population having vaccine protection. That is, herd immunity has not existed in this country for many decades and no resurgent epidemics have occurred. Vaccine-induced herd immunity is a lie used to frighten doctors, public-health officials, other medical personnel, and the public into accepting vaccinations.

The larger point, though, is that even if the idea of vaccine-induced herd immunity did hold up to scrutiny, it would at best be a positive externality—not something that anyone has the right to demand from others at gunpoint.

But What about Those Who Cannot Be Vaccinated?

Others have written more comprehensively on the fallacy of usingmedically fragile people as an excuse for forcing everyone to be vaccinated. So I’ll just say this: Nobody has an obligation to vaccinate themselves or their children in order to protect the most medically vulnerable among us.

My own daughter is intellectually disabled and suffers from seizures. Much of the outside world is a dangerous and scary place where she could easily be badly hurt or worse. Yet I would never dream of using force to compel those around me to make the world safe for my daughter. Keeping her safe is my job and my husband’s job—not everyone else’s.

I doubt that those who promote this line of thinking have really thought through the implications of what they are asking for: requiring everyone to alter their lives and actions in order to accommodate the most medically fragile, at all times and in all spaces. What they are demanding has implications far beyond vaccines.

And if they really do believe that not being vaccinated constitutes a form of aggression against others, then why confine their demands to children?

“You do not have the right to force a medical procedure on another person.”

Why should you and I and the vast majority of all adults in the US be exempt from the requirement to be completely up to date on all of the vaccines the CDC and its pharmaceutical industrycronies have decided we should have? Are we not also committing aggression every day we go out in public, exposing others to diseases we do not yet have but might possibly contract?Of course, if disease transmission is really what the proponents of vaccine mandates are worried about, then they should also demand that those recently vaccinated with live-virus vaccines not be allowed in schools or any public spaces. And if they aren’t demanding this, then one has to wonder whether the transmission of disease really is their primary concern.

The bottom line, though, has nothing to do with the science behind vaccines, nor with herd immunity, nor competing claims about vaccine safety and vaccine harm. Nor does it have to do with how serious diseases like measles are or are not. It is simply this: You do not have the right to force a medical procedure on another person.

This is libertarian thinking 101. You are free to do whatever you wish with what is yours—and other people are not yours. You do not own them, and you do not get to make decisions over their bodies and their lives. You may exclude them from your property if you wish, but you may not force them to undergo medical (or non-medical) procedures against their will. You don’t even have to be a libertarian to understand this. The right to bodily integrity, to be free from assault, is the most fundamental of all human rights. If it is not protected, then no other rights even matter.

Bretigne Shaffer was a journalist in Asia for many years. She is now a mom, independent writer, and author of “Urban Yogini: A Superhero Who Can’t Use Violence“, and the upcoming “Annabel Pickering and the Sky Pirates.” She blogs at On the Banks.
Source: https://fee.org