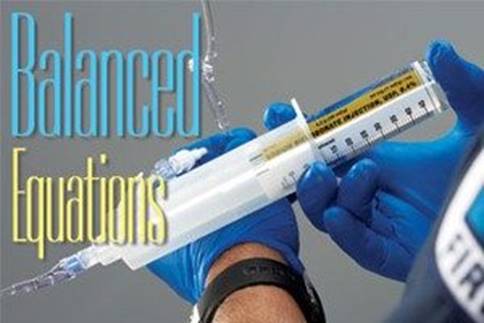 Sodium and potassium bicarbonates are nontoxic primary alkalizing agents for the prevention and treatment of cancer, liver disease, Type I & Type II diabetes, Lupus, heart disease, pharmacological toxicosis, vascular surgery operation, tonsillar herniation due to cerebral edema, lactic acid toxicosis, and hyponatremia or low salt or loss of salts due to excessive or over-exercise. Research by British scientists at the Royal London Hospital shows that sodium bicarbonate can dramatically slow the progress of chronic kidney disease.

Yet the debate continues about sodium bicarbonate and why it should or should not be used in medicine. Jim Davis, MA, RN, EMT-P, writing for the Journal of Emmergency Services says, “For patients in cardiac arrest, after administering epinephrine and amiodarone, you consider sodium bicarbonate as directed by protocol. Sodium bicarbonate (NaHCO3) is used primarily to combat acidosis, although it’s the treatment of choice in certain cases of overdose. It works by mixing with lactic acid that forms in low perfusion states and in periods of inadequate oxygenation, such as shock and cardiac arrest. It is then converted to a form of carbonic acid that turns into carbon dioxide, and in turn, is expelled through the lungs during ventilation.

Patients who have overdosed from tricyclic antidepressants, diphenhydramine, aspirin, verapamil and cocaine have potentially toxic effects and have benefited from sodium bicarbonate use when symptomatic. Sodium bicarbonate is the universal mainstream treatment of acidosis. It is used every day by oncologists to neutralize the heavy acidic nature of their chemical and chemotherapeutic agents which are often quite toxic. Sodium and potassium bicarbonate increases the hydroxyl ions or electron levels through increased alkalinity to the cells buffering the metabolic acids that can cause cancer.[1]

Davis indicates that the American Heart Association (AHA) has deemphasized the use of sodium bicarbonate so instead of seasoned paramedics giving multiple ampules of sodium bicarbonate during a cardiac arrest they are slow now to inject. They are still administering but now only as an afterthought. Has anything changed?

“Primarily, NaHCO3 works as a buffer by mixing with acids within the body to reduce the acid–base imbalance. Acidosis can develop when excessive amounts of lactic acid are produced during low perfusion states and in periods of inadequate oxygenation. In the presence of NaHCO3, the excess acid is converted to a form of carbonic acid, and then into carbon dioxide (CO2) and water. The excess CO2 is expelled through the lungs during ventilation. Patients who become hypoxic from hypoventilation or poor perfusion are unable to metabolize the products of anaerobic glycolysis, which causes lactic and metabolic acidosis to develop thereby lowering their pH level.”

There really are no other good opitions to treat acidosis so EMS providers need to recognize the importance of considering acidosis early on, as well as recognizing that NaHCO3 is the only safe and fast acting treatment option. It was dishartening for many doctors, hospitals and ambulence crews a year ago when shortages of sodium bicarbonate from the two pharmaceutical companies forced cancelations of surgeries and other medical precedures.

A normal pH is 7.35 to 7.45; a pH less than 7.35 places the patient in a state of acidosis. During severe acidosis (pH less than 7.2), the heart is more susceptible to v fib and other arrhythmias. Myocardial contractility is suppressed, hypotension occurs, hepatic blood flow is reduced, and oxygen delivery to tissue is impaired.2 The body uses bicarbonate as a buffer to offset the increase in acid production, attempting to maintain homeostasis.

The main concern with using sodium bicarbonate: The sodium load from baking soda can cause fluid retention, particularly edema and nephrotic syndrome in people with compromised kidneys or chronic kidney disease (CKD). Clinically, this means an eGFR of less than 30 ml/min; an eGFR of100 ml/min is considered “healthy.” Sodium bicarbonate can raise cardiovascular risk, owing to its high sodium load. Many people, especially those battling hypertension and cardiac issues, need to minimize their salt intake, not raise it.

According to the Mayo Clinic, baking soda can be used to relieve stomach acid-related health issues, such as acid reflux, sour stomach and heartburn. Some think that bicarbonate is only fine for occasional use and others point to the possibility for some side effects as a reason that bicarbonate always be administered under a doctor’s supervision. This is a mistake in that doctors are not informed about, or even interested in the tendency of most patients to be acidic. So do not stick with your health professional’s recommended dosage instructions.

The bodies own production of bicarbonate goes down as we age creating deficiencies that are important to address. The more acidic a person gets the more they need bicarbonate because oxygen delivery to the cells decreases.