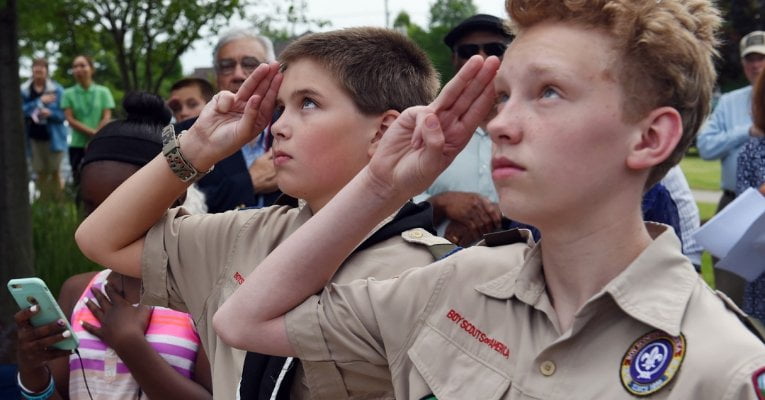 While many associate the Boy Scouts of America with its classic motto “Be Prepared,” it would be understandable for some of us to be unprepared to hear the breadth and depth of shocking new allegations over the long-running serial sexual abuse that has been taking place within the U.S. scouting movement.

While rumors and allegations have long plagued the Boy Scouts, Minnesota-based victims’ rights attorney Jeff Anderson claims that the group’s widespread pattern of abuse, hidden by a system of denial and cover-ups, has involved over 7,800 alleged child molesters dating back to the 1940s.

“For many, many years there’s been an excavation of what are called the ‘perversion files’ — those are files held and hoarded at the Boy Scouts of America headquarters… those ‘perversion files’ that they’ve had reflect that they have removed thousands of offenders of childhood sexual abuse over the years and they’ve kept that in files secretly.”

The files themselves have been known to the public for some time, with an Oregon judge ordering their release in 2012 during a civil suit. Yet the shocking number, revealed recently in court testimony by an independent investigator hired by the Boy Scouts to audit the files, is “a number not known before today or ever revealed by the Boy Scouts of America,” according to Anderson.

The attorney also warned that the precise numbers contained in the files–7,819 alleged perpetrators and 12,254 victims–could merely the tip of the iceberg.

“The bad news is that this is far from a full disclosure,” Anderson said, adding that “the peril is there … this felt like something we should sound the alarm on.”

And while in most cases leadership of the Boy Scouts attempted to block alleged child molesters from rising in the ranks to scout leader, the group also refused to release the names of the alleged perpetrators either to the public or to authorities. The whereabouts and current statuses of the accused also remain under wraps, as does the question of whether they are involved in activities related to children in communities across the country.

In a statement to NBC News 4, the Boy Scouts denied that they helped cover up any sexual crimes against children. The statement read:

“We believe victims, we support them, and we have paid for unlimited counseling by a provider of their choice. Nothing is more important than the safety and protection of children in Scouting and we are outraged that there have been times when individuals took advantage of our programs to abuse innocent children … At no time have we ever knowingly allowed a sexual predator to work with youth, and we mandate that all leaders, volunteers and staff members nationwide immediately report any abuse allegation to law enforcement.”

In a news conference Tuesday, attorneys will release the names of 50 Boy Scout leaders, according to NBC 4 New York.

However, Anderson will also file multiple lawsuits against the group on behalf of its victims, alongside demands that the organization finally hand over its files that include the names of alleged abusers. Recent legislation in New York and New Jersey has essentially erased the statute of limitations to report childhood sexual abuse.

Clergy abuse survivor and advocate Mark Crawford said that the numbers are hardly shocking given the widespread nature of the problem. Crawford, who works with survivors of sexual abuse, said:

“It’s not surprising to me … We should no longer be shocked, we should be angry and move to action.”