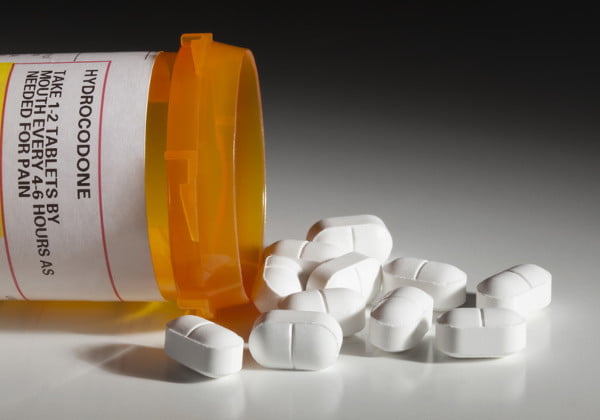 Almost a quarter of a million Americans have died in the past two decades from overdosing on opioid drugs, and new CDC statistics show the crisis continues to accelerate. Here’s why evidence-based, time-tested natural alternatives are needed now more than ever.

A new CDC report titled, “Drug Overdose Deaths in the United States, 1999-2017,” reveals there in 2017 there were a staggering 70,237 drug overdose deaths in America. This represents a 9.6 percent increase from 2016 statistics. Perhaps most alarming, the rate of death from synthetic opioids such as fentanyl increased 45 percent between 2016 and 2017. When the 2017 totals are added to overdose statistics from 1999-2016, during which 200,000 died from synthetic opioid overdose, about 230,000 have succumbed to this pharmaceutically-induced epidemic — about 4 times the U.S. casualties of the entire Vietnam War conflict (58,220 deaths).

A rising chorus of celebrities and activists respond to the opioid crisis. Below, hip hop artist Macklemore calls out “Big Pharma” in his song “Drug Dealer.”

To put the statistics cited above in perspective, plants like cannabis which millions use to self-medicate, and increasingly receive medical prescriptions to treat pain related conditions in states where it is illegal, have been extensively evaluated for their exceptional safety relative to synthetic drugs. According to statistics provided by the American Association of Poison Control Centers from 2014, only one alleged death was reported as “a result of exposure or as a direct complication of exposure.” 1 This implies that you are several thousand times more likely to die from using a pharmaceutical opioid than cannabis; or stated differently, that pharmaceutical painkillers are thousands of times more dangerous than natural ones. The image above gives you a clear indication of just how lethal these pharmaceutical painkillers are. What appears to be relatively minute quantities of these drugs can kill a grown adult within minutes. Cannabis, in contradistinction, is so non-lethal that toxicological risk assessment studies in large mammals using enormous doses of THC and cannabis extract were unable to produce death or organ abnormalities. Extrapolating from dog and monkey studies using a non-fatal oral dose of 3000 mg/kg THC, the equivalent dose for a 154-pound human would be approximately 46 pounds (21 kilograms) of 1%-marihuana or 10 pounds of 5% hashish at one time.2

Sadly, in the US, it has been estimated that 54 million people over the age of 12 have used prescription drugs for nonmedical reasons sometime in their lives,3 with painkillers on the top, at 3.3 million users, followed by tranquilizers, stimulants, and sedatives.4

But drug overdoses also occur from correctly prescribed drugs. With 4 billion prescriptions filled in retail US pharmacies each year,5 It has been estimated that 106,000 deaths occur each year due to prescription drug use.6 With the FDA’s recent, highly irresponsible approval of a new synthetic opioid 1,000 times more potent than morphine, the crisis is bound to accelerate.

Growing awareness of natural alternatives, however, has lead to a seachange in the way Americans, including lawmakers, are perceiving cannabis as an alternative to conventional painkillers. Earlier this year we reported on a study published in the European Journal of Internal Medicine which showed that medical cannabis is superior to opioids for chronic pain management.  Cannabis has also been studied for the treatment of Crohn’s disease, HPV Vaccine side effects, Autoimmune disease, and Brain Cancer, and Alzheimer’s disease.

Indeed, the GreenMedInfo database features an extensive archive of research on cannabis’ potential value in over 200 distinct conditions.

There is also a growing body of testimonial evidence showing that cannabis is capable of displacing the need for a variety of conventional pharmaceuticals. Below is a highly compelling testimony from a patient who was able to discontinue 34 different drugs with the use of cannabis alone.