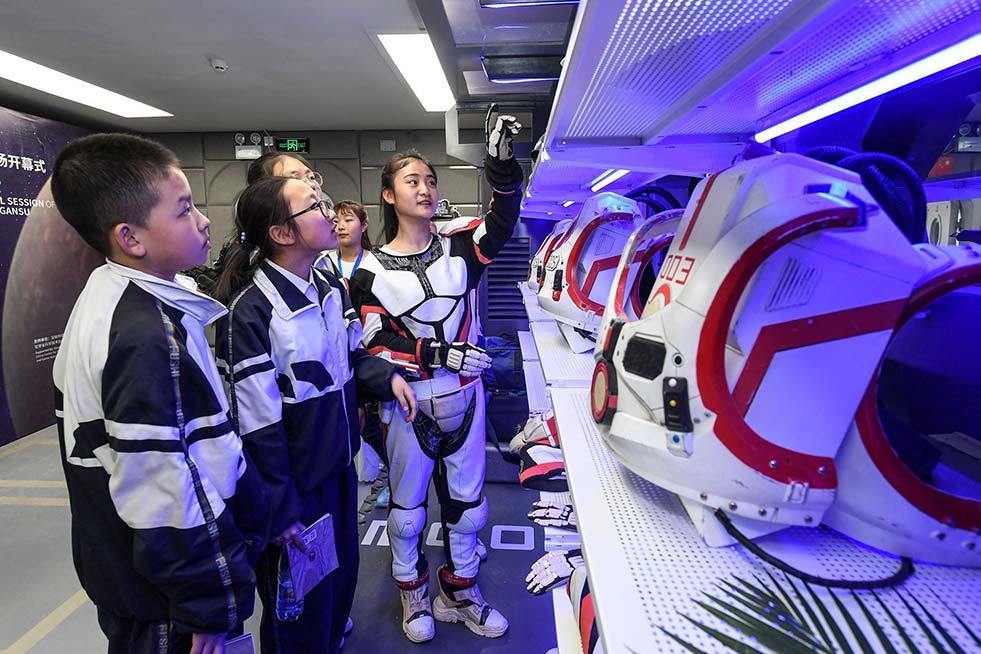 ~Geography as close to Mars as you can get on Earth

According to a project spokesperson, the simulation camp will become an astronaut training facility in the future.

The Space News Pod is a daily podcast about the latest Space, Science and tech news from around the Universe. Subscribe to the podcast here.

The project, codenamed “Mars Base 1,” is situated in the midst of barren hills, some 20 kilometers away from Jinchang’s urban area. It covers 67 square kilometers, with a total investment of more than 2.5 billion yuan ($373 million), read a press release the project employee sent the Global Times on Thursday.

More than 100 local students and faculty members, as the first batch of guests, visited the facility on Wednesday. They took part in experience activities like the Mars Walk, and simulated astronaut training and survival techniques outside of Earth.

One of the first visitors, who goes by “tutumiaomiao” on China’s Twitter-like social platform Sina Weibo, told the Global Times that she was surprised by how well-equipped the base is. “The base will be a great inspiration and guide to help us understand more about the universe.”

“Mars Base 1 is the most authentic Martian survival simulation facility in the country by far,” Li Tanqiu, deputy chief designer for China’s astronaut system department, said at the opening ceremony, according to the press release.

“The base was developed and built with full technical support from the China Astronaut Research and Training Center, which means it has the scientific logic system of the aerospace team and the valuable experience accumulated by astronauts who have trained in the past,” Li noted.

According to Li, the unique Jinchang geographical conditions are very similar to the surface of Mars, which makes it highly suitable for astronauts to conduct survival training.

“The terrain of Jinchang is high in the south and low in the north. It has a mix of hills and deserts, and the local climate is dry, with strong wind throughout the year. The temperature difference between day and night and the seasons is also huge, which can  reflect an astronaut’s sense of survival in space to the greatest extent,” Li explained.

China is planning to launch its first Mars probe by next year and to land on Mars by 2021.