Prepare For Change
Home ARCONTES Warnings of ‘Gulf of Tonkin 2.0’ as Trump Officials Blame Iran for... 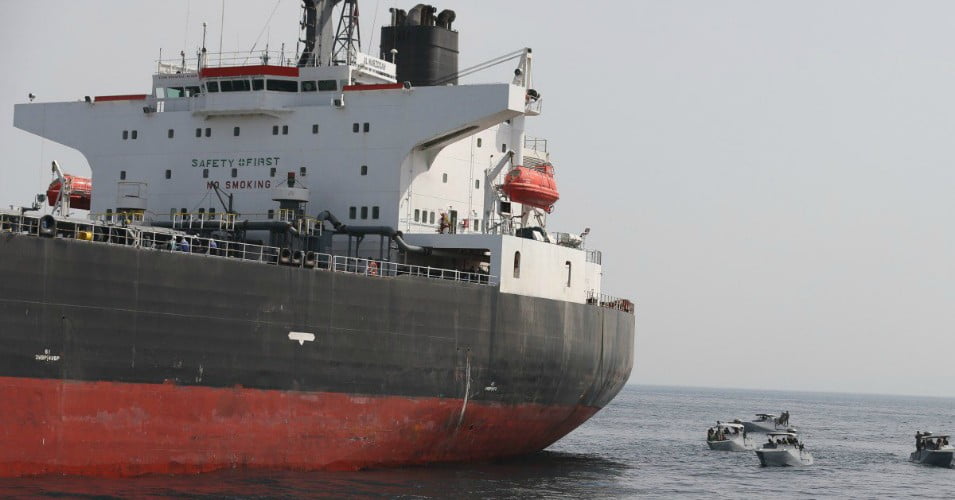 “It’s obvious that Bolton and Pompeo are trying to create a Gulf of Tonkin incident with Iran.”

Is the Trump administration attempting to concoct a false pretext to justify launching a war against Iran?

“We are in grave danger of being sleepwalked into military confrontation with Iran over an incident that is blamed wrongly on Iran.”
—Gareth Porter

That question has become increasingly common and urgent among anti-war commentators and activists in recent days as U.S. intelligence officials—without citing any concrete evidence—blamed Iran for reported attacks on Saudi and UAE oil tankers in the Strait of Hormuz over the weekend.

Commentators quickly likened the accusations to the Gulf of Tonkin incident, referring to the “fabricated” event that President Lyndon Johnson used to massively escalate America’s war in Vietnam.

Be ready for Gulf of Tonkin 2.0

War is good for re-election.
And bad for America.#Iran

“Anyone who knows history of [the] 1964 Gulf of Tonkin incident and U.S. escalation in Vietnam should be shocked, alarmed at what’s happening in [the] Persian Gulf, including unverified claims of boat attacks,” Will Bunch of the Philadelphia Inquirer tweeted.

It’s obvious that Bolton and Pompeo are trying to create a Gulf of Tonkin incident with Iran. When that happens, will media fall in line and amplify whatever false victimhood story this administration pushes to drag us into war?

According to the Wall Street Journal, U.S. officials “didn’t offer details about what led to the assessment” that Iran carried out the attacks on the oil tankers.

“We are in grave danger of being sleepwalked into military confrontation with Iran over an incident that is blamed wrongly on Iran,” author and journalist Gareth Porter said in a statement. “Corporate media have given Bolton and his conniving to achieve such a crisis a free pass.”

As The New Yorker‘s Robin Wright wrote Monday, the United States “has a long history of provoking, instigating, or launching wars based on dubious, flimsy, or manufactured threats,” including in Iraq, Lybia, Vietnam, and elsewhere.

“Today, the question in Washington—and surely in Tehran, too—is whether President Trump is making moves that will provoke, instigate, or inadvertently drag the United States into a war with Iran,” Wright wrote. “The problem, as U.S. history proves, is that the momentum of confrontation is harder to reverse with each escalatory step.”

“You have John Bolton in the White House, who has a track record of lying, cheating, and fabricating evidence in order to start wars.”
—Trita Parsi, National Iranian American Council

Speaking to reporters on Monday, Trump said he’s “hearing little stories about Iran”—apparently referring to U.S. intelligence officials’ unsubstantiated claim that Iran was behind the alleged tanker attacks. Iran has denied any involvement.

“If they do anything, they will suffer greatly,” Trump said. “We’ll see what happens with Iran.”

The president’s threat came just hours before the New York Times reported late Monday that the president last week reviewed a plan to send 120,000 U.S. ground troops to the Middle East in the event that Iran launches an “attack” on American forces or moves to develop a nuclear weapon.

The military plan was reportedly crafted by Bolton, who last week used the routine deployment of a U.S. aircraft carrier and bomber task force to threaten Iran with “relentless force” if it attacks U.S. forces. Bolton did not cite any evidence indicating Iran was planning such an attack.

Observers warned that the Trump administration’s actions have moved the two nations dangerously close to an all-out military conflict, which analysts have warned could be even more devastating than the U.S. invasion of Iraq.

“John Bolton is trying to provoke the Iranians to do something so that he can get the war with Iran that he’s been looking for, for more than 20 years,” Trita Parsi, founder of the National Iranian American Council (NIAC), said Tuesday in an interview on The Real News.

“He’s, of course, presenting it as an effort to scare and deter the Iranians,” Parsi said. “I don’t think that has worked at all, but it has created a scenario in which everyone is now very worried that some form of an accidental war at a minimum is very likely because you have too many U.S. forces and Iranian forces into too small of an area.”

“And then you have John Bolton in the White House, who has a track record of lying, cheating, and fabricating evidence in order to start wars,” Parsi added, referring to Bolton’s role in the invasion of Iraq.

Progressive members of Congress joined the chorus of voices speaking out against the Trump administration’s march to war with Iran.

Sen. Bernie Sanders (I-Vt.), a 2020 presidential candidate, warned that a war with Iran “would be an unmitigated disaster.”