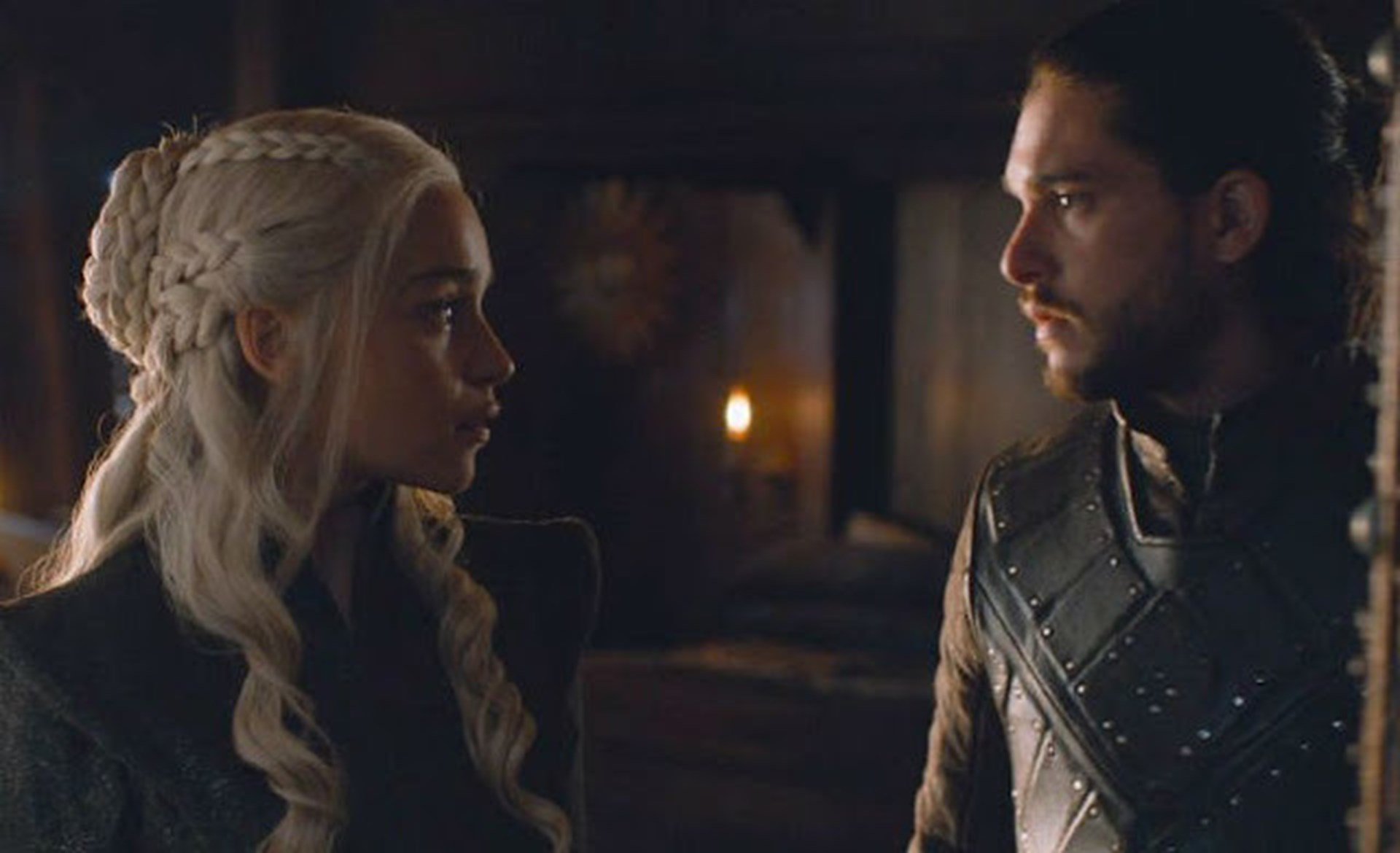 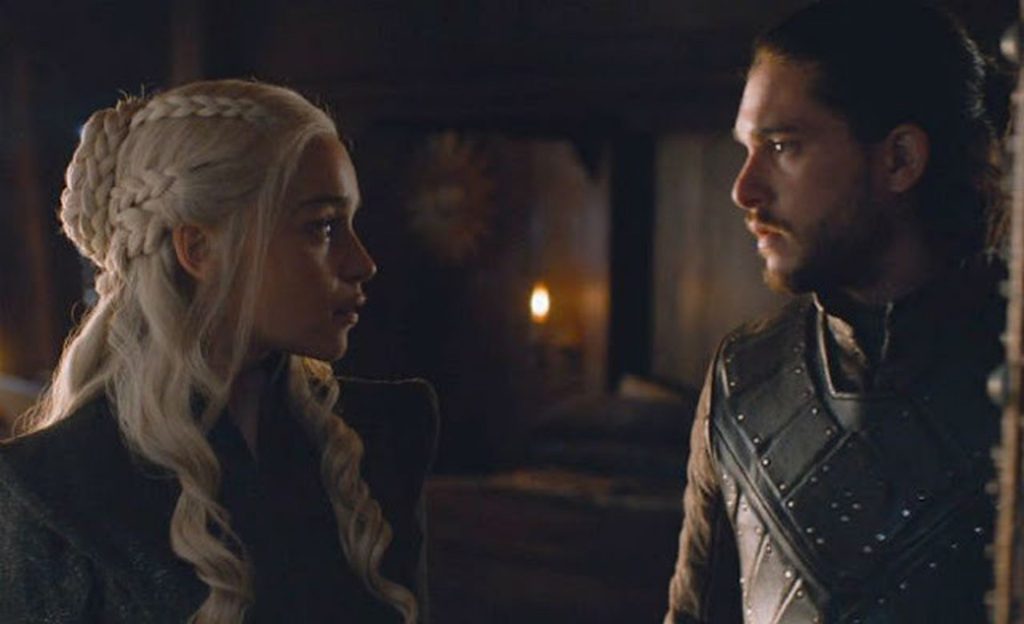 *This article contains spoilers for Game of Thrones Season Eight.*

If there is one thing Game of Thrones has done really well during its eight-season run, it has been demonstrating how truly poisonous the pursuit of power can be—both for the pursuer and anyone who stands in their way.

In the most recent episode, the second to last of the entire series, the story dives even deeper into this theme than it has in the past, reminding us how truly horrific it is when civilians become pawns in a bloody game they never asked to play. And unfortunately, in the business of war, civilian casualties are almost always unavoidable. And sometimes they are even intentional and strategic.

While the show itself might be a work of fiction, the senseless sacrifice of precious civilian life in pursuit of military conquest is a plotline all too common throughout our real-life human history. And just as Daenerys’s actions disgusted viewers last Sunday, so should the real-world foreign entanglements that result in countless innocent deaths repulse us today.

For much of the series, Daenerys Targaryen (Dany) has been a beloved protagonist who sought to break the chains and liberate all those who had been held captive under despotic rule. Even when she has resorted to committing horrific acts, like burning people alive for failing to “bend the knee,” viewers were willing to look past her actions because she always seemed to have a justifiable reason for doing what she did. When compared to the likes of Cersei Lannister, who routinely used others to further their own ends, Dany’s actions seemed fairly tame and even necessary in the fight against evil.

Yet, as smitten as viewers have been with the Mother of Dragons in prior seasons, she crossed the point of no return on Sunday’s episode when she completed her descent into villainy. While Daenerys had been breaking bad throughout the entire season, she had never quite stooped to the level of Cersei, who demonstrated on multiple occasions that she has no qualms killing masses of innocents if it helps her (or her son) hold on to the Iron Throne.

“From the comfort of our couches, it is easy to see how wrong Daenerys’s actions are.”

All this changed, however, when Dany used her dragon to burn down and destroy the entirety of Kings Landing. While previously, Daenerys has gone after tyrants and their armies, in this episode she made a deliberate choice to kill indiscriminately—mowing down thousands of civilians in the process—officially affirming that she was no longer the hero of this story. Killing the innocent, after all, is something done by the “bad guys,” not the Breaker of Chains.

For the majority of Sunday night’s episode, viewers watched in horror as women, children, and other innocent bystanders were charred alive by Daenerys and her dragon, Drogon. To make matters worse, the massacre occurred after the King’s Landing army had admitted defeat and surrendered. But bending the knee wasn’t enough for the Dragon Queen this time, who instead sought to make sure everyone paid for the losses she had suffered—specifically the deaths of two of her dragons and her closest confidant, Missandei. And, as power-drunk rulers have been known to do, she also sought to instill fear into the hearts of her own people, who now knew what they would face should they ever disobey her. And, worst of all, she even appeared to enjoy setting the city ablaze.

There is something so inherently evil about firing on a crowd of innocent people. In fact, in our real world, we tend to label this an act of terrorism precisely because it is so vile. Wars are bad enough on their own, but while armies voluntarily sign up to put themselves on the frontlines and risk their lives, civilians, lost in the fog of war, are guilty merely by proximity.

From the comfort of our couches, it is easy to see how wrong Daenerys’s actions are. Yet, when it comes to our own foreign policy, many of us have a blind spot for the very same evil that is committed at the hand of our own government.

The attacks that took place on September 11th, 2001, forever changed the American psyche. While we had heard of large-scale attacks committed against innocent civilians in distant lands, such tragedies had never occurred on our own soil—at least to such a drastic degree. Shocked and devastated by the losses, many became obsessed with seeking justice and punishing those who were believed to be responsible for the attacks. Unfortunately, many did not always seek justice in the right places.

While there was no proof that Iraq had played a role in these attacks, it became an easy target for the US government to blame. And once it was rumored that the country had been building up its arsenal of weapons of mass destruction, Iraq was treated with as much animosity as the Taliban in Afghanistan.

“Taking a human life should never be done lightly, even in kill-or-be-killed situations where defense is more than justified.”

On July 12, 2007, four years into the Iraq War, two US Apache helicopters launched airstrikes during the Iraqi insurgency in New Baghdad. Nothing about these attacks was drastically different from others that had occurred during this time. But in 2010, the country was shocked when US Army soldier Chelsea (then Bradley) Manning leaked damning footage of this airstrike, showing that the Apache crew had made little to no effort to discern between actual insurgents and innocent civilians. To make matters worse, those pulling the trigger had even made jokes and laughed about the souls whose lives they were erasing from this earth.

Unfortunately, this was not the first time the US had engaged in the mass killings of innocent civilians during times of war. The massacre in Mai Laiduring the Vietnam War, for example, is another horrific example of how war and power have led the American military to inflict unspeakable acts of violence on those who happened to be born in the “wrong” country.

Taking a human life should never be done lightly, even in kill-or-be-killed situations where defense is more than justified. And adopting such a cavalier attitude towards the destruction of human life is what separates the savage from the civilized.

Yet, rather than come right out and condemn these actions, the US government called these deaths “collateral damage”—regrettable but necessary losses chalked up to “accidents.” When viewed as mistakes, rather than intentional killings, these deaths might not seem quite as bad as the actions committed by Daenerys, who meant to kill. But as Dan Sanchez says, claims of collateral damage casualties being “accidents” are hard to believe. He writes:

First of all the premise itself is highly dubious: even modern western militaries see much strategic value in the demoralizing effect of civilian casualties.

Secondly, it is a mendacious abuse of language to call such deaths “accidental.” When you take a dose of medicine knowing of its sedative side-effects, you don’t say you made yourself drowsy “by accident.” You consciously brought that effect upon you, even if doing so was not your purpose in taking the medicine. The fact that it is a side-effect makes it incidental, not accidental. The same can be said for inflicting civilian casualties in a bombing raid on a densely populated area. Whatever their chief objectives are, the bombers know full well civilians will die due to their actions, and so those deaths cannot be called “accidental.”

War is synonymous with death. And when starting a war, one must expect that people—both guilty and innocent—will die. Countless others will suffer immensely as a result.

Thus war always entails the massacre of innocent civilians (as well as much arbitrary violence inflicted on soldiers and officials).

Whoever fights monsters should see to it that in the process he does not become a monster. And if you gaze long enough into an abyss, the abyss will gaze back into you.

No matter how just a cause might appear, taking human lives in the pursuit of power almost always turns people into monsters.

Oddly enough, it is so easy for us to understand this when we are watching fictitious battles unfold in high definition on a screen a few feet from our faces. Yet, when it comes to our own country’s foreign entanglements, many are comfortable justifying the loss of innocent life as an unfortunate but necessary reality of war.

Game of Thrones may be nothing more than a fictional story from the minds of George R.R. Martin and the writers at HBO. Yet, it has managed to perfectly encapsulate the menacing aspects of perpetual war. As the series draws to a close, let us reflect on the importance of the show, not just as a modern cultural icon, but as a reminder of how truly heinous war and the quest for power are.

Brittany is a senior writer for the Foundation for Economic Education. Additionally, she is a co-host of Beltway Banthas, a podcast that combines Star Wars and politics. Brittany believes that the most effective way to promote individual liberty and free-market economics is by telling timely stories that highlight timeless principles.