Prepare For Change
Home ARCONTES Why Do So Many Humans Believe Animal Life Has No Value Or... 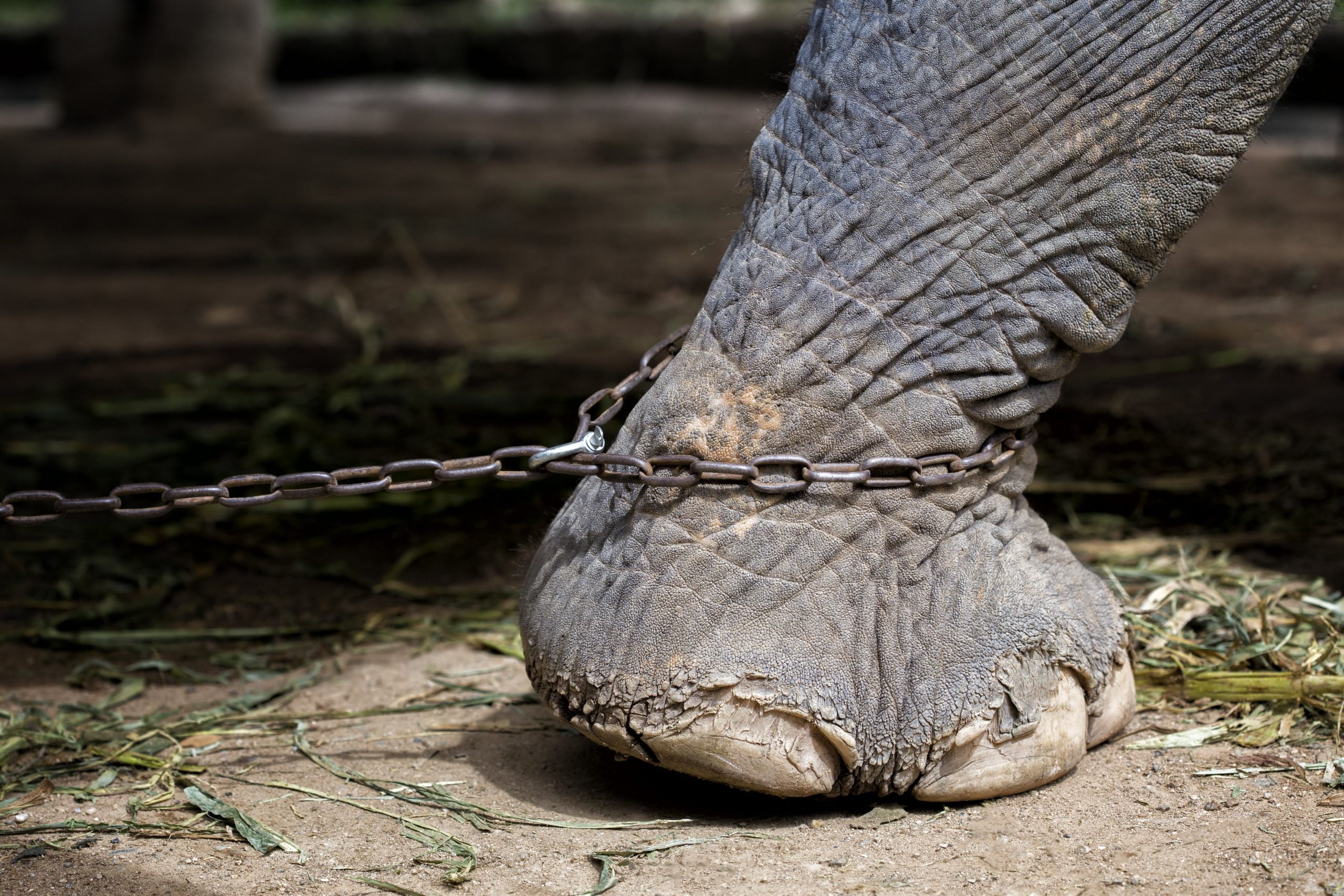 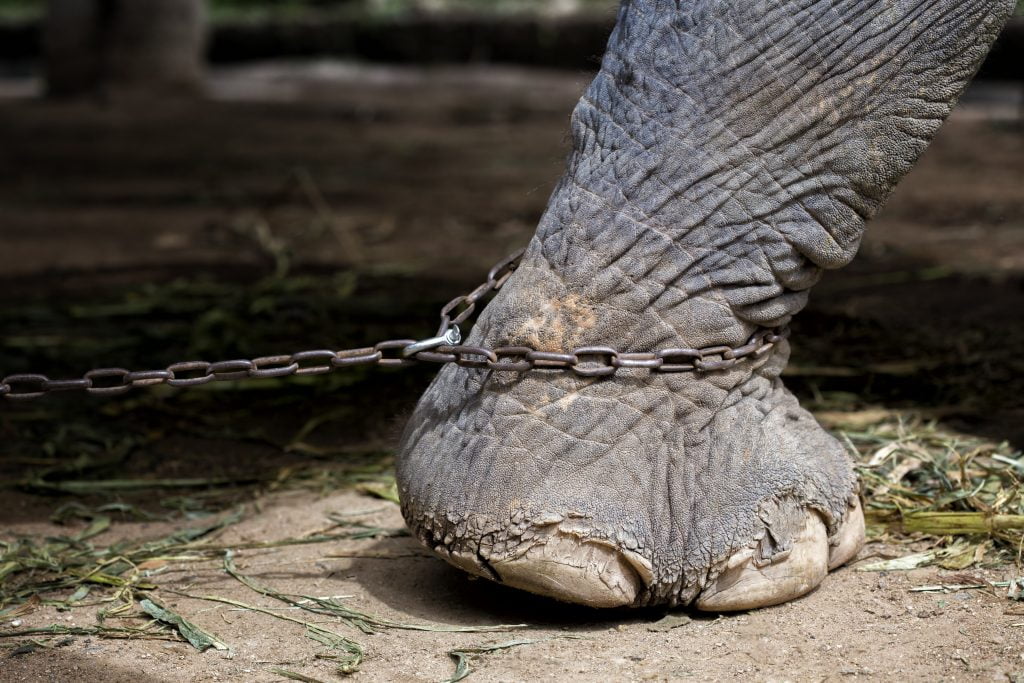 The Facts: The Intercept, in partnership with Sentient Media, have introduced an eight-part video series about factory farms, animal agriculture and animal rights, entitled “Animal Matters.” Episode three has just been released.

Reflect On: Why do we eat animals? Why have we been made to believe that the human body requires meat and dairy when all of the evidence points to the opposite? Why do we participate and vote with our dollar to continue subjecting innocent beings to torture?

The Intercept has partnered with Sentient Media to introduce an eight part video series about factory farms, animal rights, and animal agriculture called “Animal Matters.” Two episodes have already been released. The first one covered the aim and overall goals of the series and the second explored how the issue has impacted collective consciousness, as more people are realizing that using animal products as a means of “feeding the planet’s 8 billion people is ethically, morally, economically and environmentally unsustainable.” (source)

Why do we believe animals are here to serve us? To clothe us? To feed us? If you’re thinking that this is how it’s always been, think again.

Rita Laws, Ph.D., published an article explaining how among her own people, the Choctaw Indians of Mississippi and Oklahoma, vegetables were the traditional diet, and homes were constructed of wood, mud, bark, and cane — not skins. “The principal food, eaten daily from earthen pots, was a vegetarian stew containing corn, pumpkin and beans.” She explains how meat in “the form of small game was an infrequent repast” and how their clothing was even derived from plants. Perhaps one of the most interesting revelations shared by her experiences and research is the fact that “more than one tribe has creation legends which describe people as vegetarian, living in a kind of Garden of Eden. A Cherokee legend describes humans, plants, and animals as having lived in the beginning in ‘equality and mutual helpfulness.’ “

You can read about that and watch the lecture (which is the source for the quotes above) given by her here.

Furthermore, there was a very special relationship between animals, humans, and nature, especially if an animal was ever taken in a time of need.

How much do we really know about our history? Consuming animals the way we do is something, in my opinion, that was created by big food corporations. We became desensitized enough to consume milk, for example, where a cow is literally raped artificially so she can produce milk for her offspring, but then her offspring is carried away and marked for death and ends up receiving none of the milk. Plus, the milk of a cow is not meant for human consumption, it creates acidosis in the body which in turn leeches calcium from our bones. Casein, the protein in the milk of a cow, is also detrimental to human health because it accelerates the growth of cancer. There is evidence suggesting the milk of a cow is responsible for higher osteoporosis rates, and the mere fact that a high percentage of the human population cannot properly digest the milk from a cow is evidence enough. We’ve never had the gene to digest the sugar in cows milk, we had to evolve into developing it, and furthermore, we are the only animal to drink the milk of another animal. We’re also the only animals in the world to continue drinking milk after weaning. Something is extremely wrong here, and this is just on the subject of milk.

It’s quite clear that a plant-based diet is far better for health than a meat-based one, although this still causes massive amounts of cognitive dissonance. The point is, when it comes to our health, eating meat makes absolutely no sense.

Animal agriculture is destroying our planet. It’s the leading cause of deforestation and wreaks havoc on our environment in many other ways.  It currently account for approximately 80 percent of deforestation rates. (source)

But what about morality? What about empathy? How can we so easily subject so many sentient, intelligent animals, who are even smarter than our own dogs, to such torture, depression, and horror? This represents the largest genocide on planet Earth. Why do people think that it’s completely natural and OK to eat meat, and why do people think that we’ve been eating meat for thousands of years? Even multiple neanderthal groups and others related to us might have been completely vegan. Here is a write up from the Guardian about one example. Here is an article I published about that a couple of years ago going into more detail there.

The point is, today we don’t have to eat meat. Refraining from eating meat is better for our planet and our health, and it can help restore love, compassion, understanding and equality on our planet.

But again, how can we just sit back and accept this? How can we keep buying animal products for consumption knowing where they’ve come from? Is it because we haven’t seen it for ourselves? Is it because we are not the ones doing the slaughtering? Does this have some sort of effect? The way we treat animals, grow animals, and raise them for slaughter and mass consumption is one of the most heart-breaking systems on our planet. To treat an innocent, empathetic, intelligent and helpless being in this manner does not really represent what being human is all about, does it?

What is going on here? Why do we look at bacon or steak as pieces of food on our plate, but not as something that wants to snuggle in your arms, play with their brothers and sisters, and be with their family? What gives us the right to spark the mass extinction of animals, or the mass production and murder of them? This is not necessary.

These are the questions that were explored in episode 3 of the series. They bring up various points like the fact that because we feel like we’re more intelligent, perhaps that makes people believe we have the right to do whatever we want. That being said, I’d like to emphasize that we are not more intelligent than all animals. Look at our planet and what we do to others, you call that intelligence? Intelligence goes beyond how we define it, real intelligence is the ability to feel empathy, to love, to care, to have compassion and to act in service of others. The intelligence of many animals is much higher than that of human beings, and we have so much to learn from them.

Could it be possible that corporate desires for money have driven the meat industry as well as meat consumption to these heights? Processed meats were once on the food guide, but we now know that they are carcinogenic. Why do so many people believe meat is necessary, and that eating it is a good thing? Do our beliefs about our food and where it comes from really originate from us or have they been beamed into us using marketing tactics? Why don’t we learn where our food comes from and see the process when we are growing up? Are our minds really this susceptible to programming and brainwashing? Why do we fight to hang onto something that is no longer serving the collective? Have we become so engulfed in our senses, our desires, and our wants that we are willing to forsake what’s really important? What’s actually good for us? Have we lost touch with our souls?

“Veganism is a very fine form of nutrition. It’s a little extreme to tell a person who is using flesh foods that you’re going to take everything entirely away from them. When I was in practice in medicine, I would tell the patients that the vegetable based diet was the healthy way to go, and to keep away from the animal products as much as possible. People are very sensitive about what they eat. You can talk to people about exercising  relaxation, good mental attitude and they will accept that. But you talk to them about what they are eating and people are very sensitive about that. If an individual is willing to listen, I will try to explain to them on a scientific basis of how I think it’s better for them.” – Dr. Ellsworth Wareham (source)

It’s great to see a huge consciousness shift around this issue because 10 years ago this type of discussion was not even on the global consciousness radar. We have come a long way, and it’s going to be quite interesting to see if in 10 years from now big meat and diary are even still in business.