Prepare For Change
Home Awakening After Reading This Article About The Danger Of GMOs, You Will Probably... 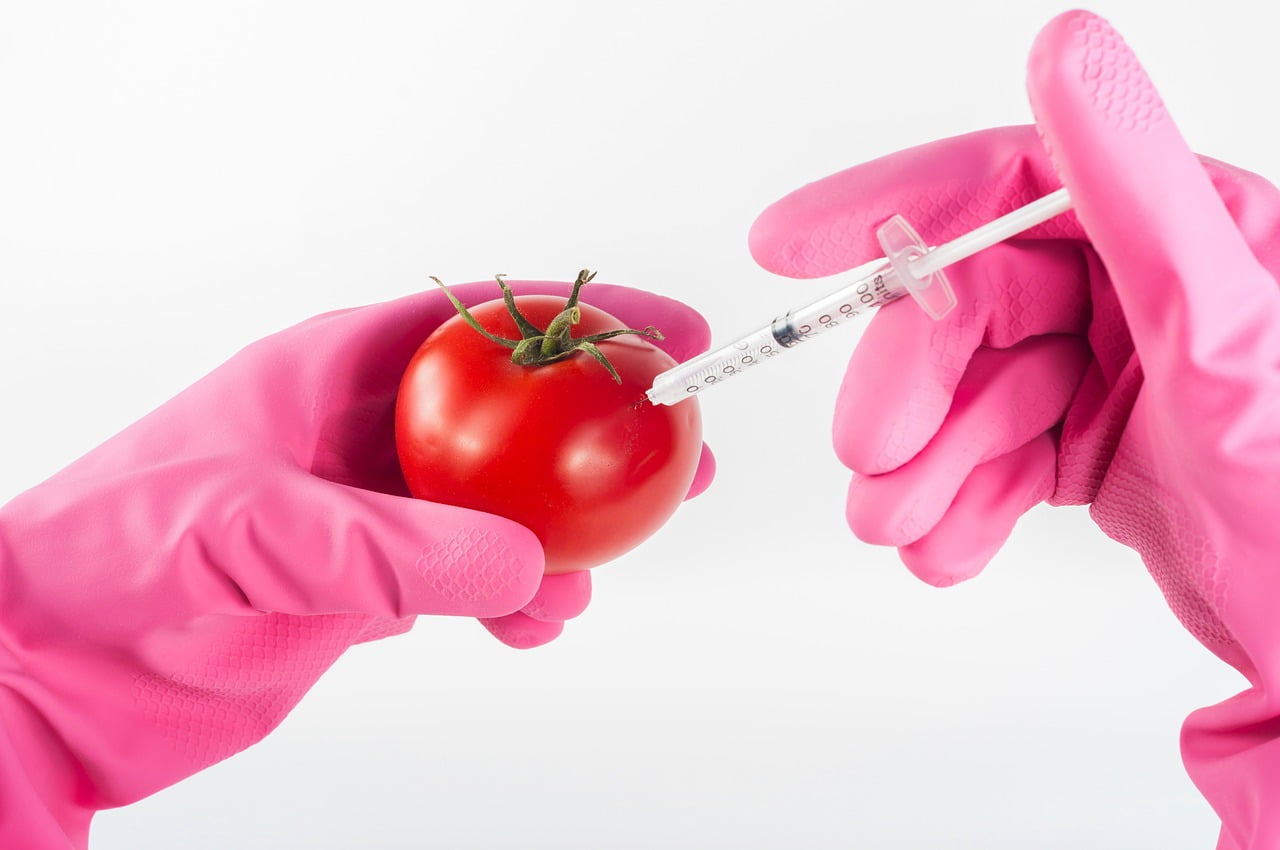 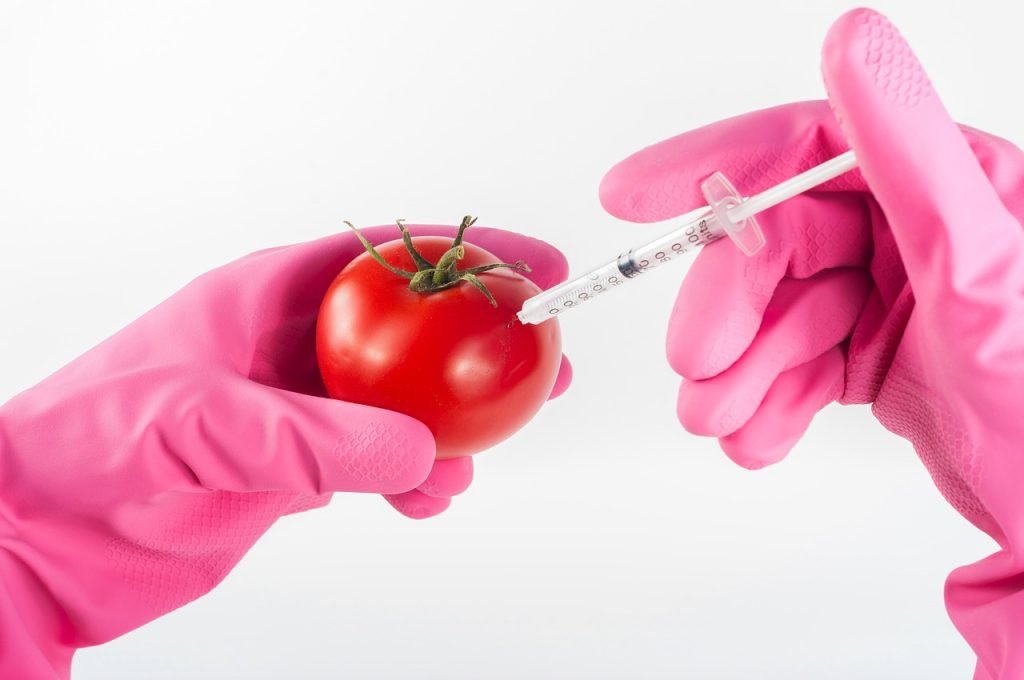 Every single day, most Americans eagerly gobble down foods that contain ingredients that have been genetically-modified without ever considering the consequences.  Most of us simply assume that the federal government would never allow us to eat GMOs if they were not safe.  Unfortunately, it appears that the federal government has completely failed us.  The material that I am about to share with you is deeply disturbing, and after reading this article there is a very good chance that you will never want to eat genetically-modified food ever again.  But at this point it is almost impossible to completely avoid GMOs, because they are in almost everything.  Unless they are specifically designated “organic”, most corn, soy, canola and sugar beets grown in America today have been genetically modified, and almost all packaged foods contain ingredients derived from at least one of those sources.

We’ll get into some of the potential health effects of eating foods derived from GMO crops in a moment, but first I want to discuss a new trend that is potentially even more dangerous.

In recent years, researchers have been pushing the boundaries of biology in order to come up with new “plant-based” alternatives to existing food products.  Essentially, “synthetic biology” is being used “to create life forms from scratch”…

Impossible’s “bleeding” veggie burger, shrimp made of algae, and vegan cheeses that melt are all making their way into restaurants and on to supermarket shelves, offering consumers a new generation of plant-based proteins that look, act, and taste far more like the real thing than ever before.

What consumers may not realize, however, is that many of these new foods are made using synthetic biology, an emerging science that applies principles of genetic engineering to create life forms from scratch.

But of course nobody really knows what the long-term health effects will be once humans start eating “synthetic proteins” on a massive scale.

And once these gene-edited organisms start spreading their genetic material in the wild, it could be a complete and total environmental nightmare.  According to Rebecca Burgess, these food companies are “not considering the future of genetic pollution”…

Rebecca Burgess, the founder of Fibershed, which last fall produced a report with ETC Group on the hazards of clothing made from genetically modified or synbio-derived materials, questions the efficacy of methods to keep gene-edited material from getting into the environment. “The concern is that they’re using base life forms that grow rapidly and transfer genes rapidly and they’re not considering the future of genetic pollution.”

This is an even bigger issue in the agricultural world, and at this point “genetic drift” has become a global problem…

GMO contamination is well documented. According to the International Journal of Food Contamination, almost 400 cases of GMO contamination occurred between 1997 and 2013 in 63 countries. Part of the problem is the very nature of nature. Many plants are pollinated by insects, birds or wind, allowing pollen from a GMO plant to move to neighboring fields or into the wild. This “genetic drift” illustrates the enormous difficulty in containing GMO technology. Not only is genetic drift impossible to prevent, inadequate regulation also fails to hold seed companies accountable for any resulting damages and ultimately puts the onus on farmers who have been the victims of contamination.

We are monkeying around with life itself, and we really have no idea what the long-term consequences will look like.

But what we do know is that a number of scientific studies seem to indicate that GMO food is not healthy.  According to a paper released by the American Academy of Environmental Medicine, animal studies have linked GMO food with a whole host of health problems…

None of us would willingly sign up for any of those conditions, but that is what we are potentially doing when we regularly consume food that has been genetically modified.

For those that are skeptical, I would like for you to consider what scientists discovered when they fed genetically-modified soy to rats…

The experience of actual GM-fed experimental animals is scary. When GM soy was fed to female rats, most of their babies died within three weeks — compared to a 10% death rate among the control group fed natural soy. The GM-fed babies were also smaller, and later had problems getting pregnant.

When male rats were fed GM soy, their testicles actually changed color — from the normal pink to dark blue. Mice fed GM soy had altered young sperm. Even the embryos of GM fed parent mice had significant changes in their DNA. Mice fed GM corn in an Austrian government study had fewer babies, which were also smaller than normal.

Could this be a clue as to why there is a “fertility crisis” in the United States today?

Reproductive problems also plague livestock. Investigations in the state of Haryana, India revealed that most buffalo that ate GM cottonseed had complications such as premature deliveries, abortions, infertility, and prolapsed uteruses. Many calves died. In the US, about two dozen farmers reported thousands of pigs became sterile after consuming certain GM corn varieties. Some had false pregnancies; others gave birth to bags of water. Cows and bulls also became infertile when fed the same corn.

If this is what the hard science is telling us, why in the world are we doing this to ourselves?

In the end, it all comes down to greed.  Four giant corporations have a virtual monopoly on the seed market today, and billions of dollars are at stake.  So an enormous amount of time and energy is spent trying to convince the American public that there is nothing to be concerned about, and massive amounts of money is poured into the campaigns of politicians that support GMO food.

But they can’t keep a lid on the truth forever, and an increasing number of doctors are starting to speak out…

More and more doctors are already prescribing GM-free diets. Dr. Amy Dean, a Michigan internal medicine specialist, and board member of AAEM says, “I strongly recommend patients eat strictly non-genetically modified foods.” Ohio allergist Dr. John Boyles says “I used to test for soy allergies all the time, but now that soy is genetically engineered, it is so dangerous that I tell people never to eat it.”

Dr. Jennifer Armstrong, President of AAEM, says, “Physicians are probably seeing the effects in their patients, but need to know how to ask the right questions.” World renowned biologist Pushpa M. Bhargava goes one step further. After reviewing more than 600 scientific journals, he concludes that genetically modified organisms (GMOs) are a major contributor to the sharply deteriorating health of Americans.

If you want to live a long and successful life, you have got to take care of your health.  And most Americans don’t even realize that genetically-modified corn has actually been designed to produce “built-in pesticide in every cell”…

GM corn and cotton are engineered to produce their own built-in pesticide in every cell. When bugs bite the plant, the poison splits open their stomach and kills them. Biotech companies claim that the pesticide, called Bt — produced from soil bacteria Bacillus thuringiensis’ has a history of safe use, since organic farmers and others use Bt bacteria spray for natural insect control. Genetic engineers insert Bt genes into corn and cotton, so the plants do the killing.

The Bt-toxin produced in GM plants, however, is thousands of times more concentrated than natural Bt spray, is designed to be more toxic, has properties of an allergen, and unlike the spray, cannot be washed off the plant.

Do you think that it is actually safe to eat such “food”?

Sadly, the health consequences from eating GMO food may not just be temporary.  In fact, one study found that the effects of eating genetically-modified food could last for a lot longer that anyone had anticipated…

The only published human feeding study revealed what may be the most dangerous problem from GM foods. The gene inserted into GM soy transfers into the DNA of bacteria living inside our intestines and continues to function. This means that long after we stop eating GMOs, we may still have potentially harmful GM proteins produced continuously inside of us. Put more plainly, eating a corn chip produced from Bt corn might transform our intestinal bacteria into living pesticide factories, possibly for the rest of our lives.

Personally, I am going to re-evaluate my own diet, because doing research for this article has kind of freaked me out.

Most of the packaged foods that we eat today are not safe, and it is getting worse with each passing year.