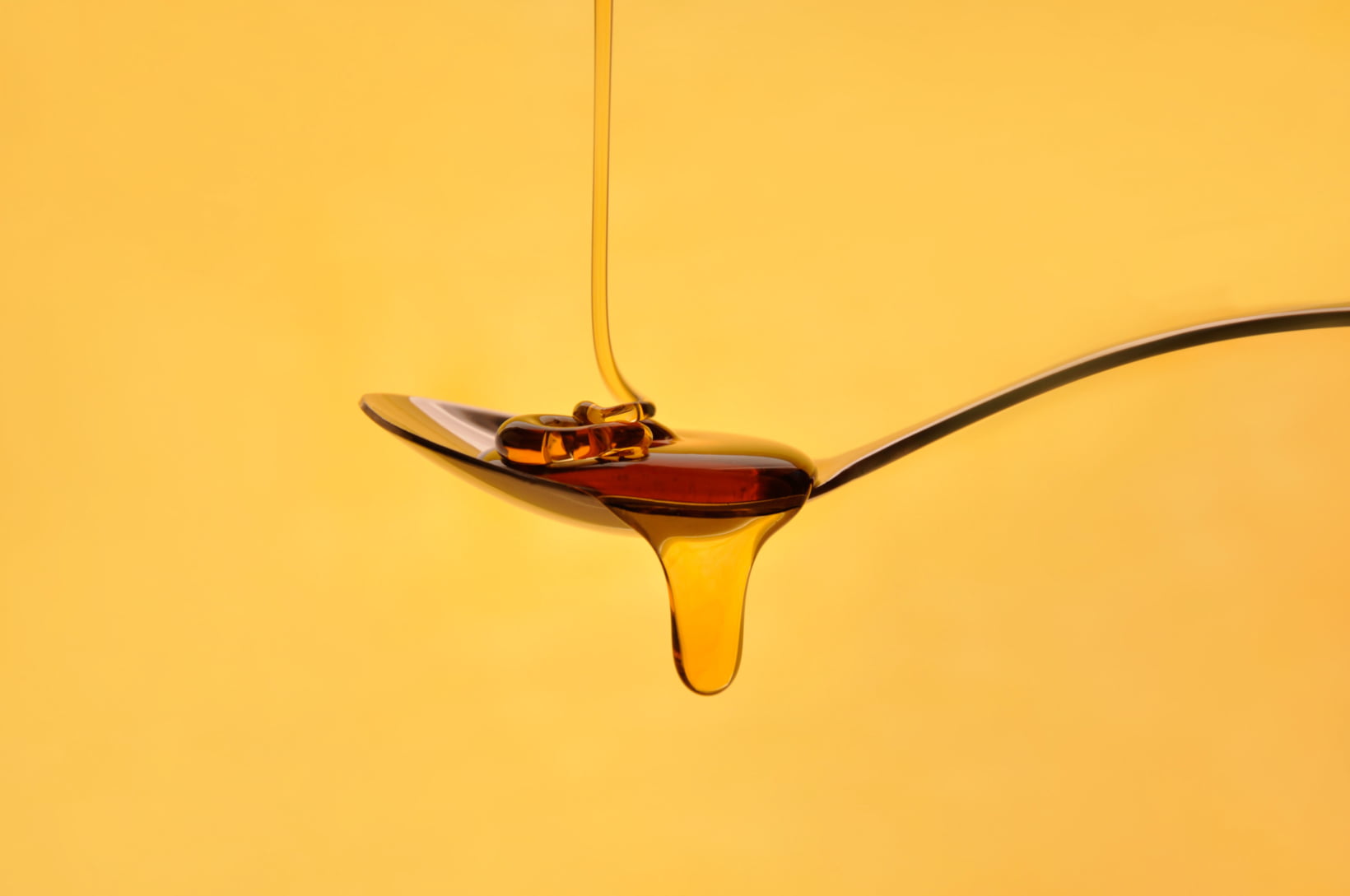 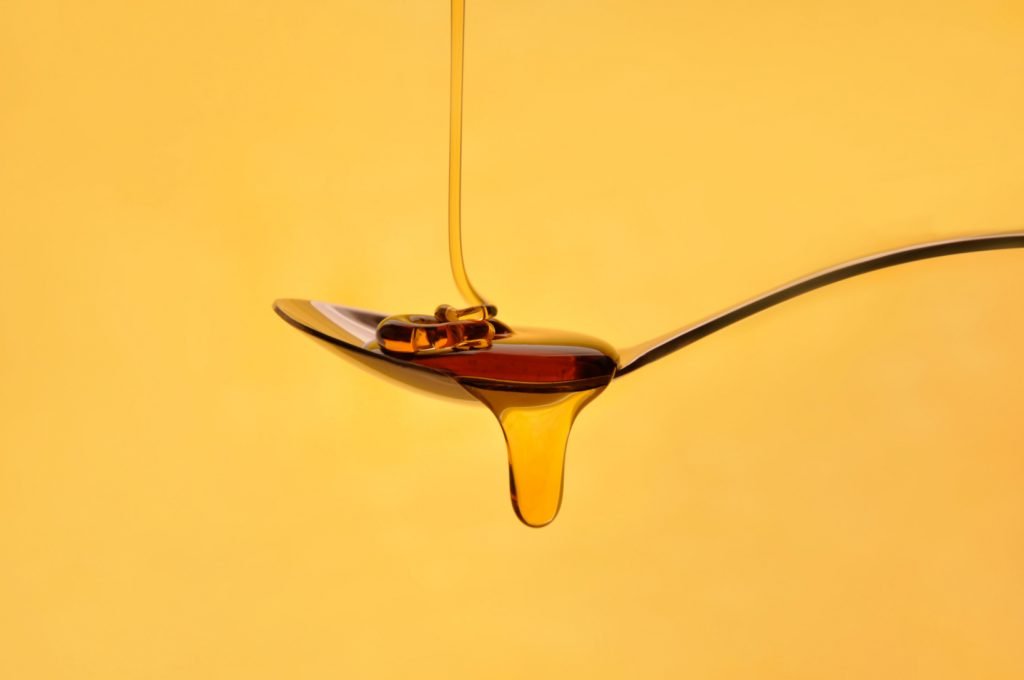 While honey and sugar share similar degrees of sweetness, the differences in the way our bodies respond to them are profound.

Technically, honey and sugar (sucrose) both exist because they are food for their respective species.

In the case of sugarcane, a member of the the grass family (Poaceae) which includes wheat, maize and rice, sucrose provides energy for its leaves and is an easily transportable source of energy for other parts of the plant, such as the root, that do not produce their own energy.

Honey, of course, is produced by bees from the nectar of flowers solely for the purpose of food.

Beyond this obvious similarity, the differences between honey and sugar, however, are much more profound.

First, honey is a whole food and sucrose is not.  In other words, sucrose is an isolate – technically only one chemical compound – lifted from a background of hundreds of other components within the whole plant, whereas honey is composed of an equally complex array of compounds, many of which are well-known (including macronutrients and micronutrients, enzymes, probiotics and prebiotics, etc.), others whose role is still completely a mystery.

Even the “sugar” in honey, which we might mistakenly equate (due to caloric and nutrient classification equivalencies) to the “sugar” from sugarcane, is a complex mixture of the monosacharrides (one-sugars) glucose and fructose, and at least 25 different oligosaccharides (which are sugars composed of between two to ten monosaccharides linked together), including small amounts of the disacchardide sucrose, as well as trisaccharides (three-sugars) like melezitose and erlose.[i]

Interestingly, if you were to isolate out the fructose from honey, and consume it in isolation in American-size doses (over two ounces a day), it would likely contribute to over 70 fructose-induced adverse health effects; primarily insulin resistance, fatty liver, obesity, hypertension and elevated blood sugar. But place that fructose back into the complex nestled background of nutrient chemistries we call honey, and the fructose loses its monochemical malignancy to our health. Food is the ultimate delivery system for nutrition. Reduce whole foods to parts, and then concentrate and consume them excessively, and you have the recipe for a health disaster that we can see all around us today in the simultaneously overnourished/malnourished masses who still think a ‘calorie is a calorie,’ and a ‘carb is a carb,’ without realizing that the qualitative differences are so profound that one literally heals, while the other literally kills.

But the differences between honey and sugar are not simply based on their respective chemical and nutritional compositions, but also the length of time we humans have had to adapt to them as a source of energy and nourishment.

Honey was the primary concentrated sweetener consumed by humans until after the 1800’s when industrial production of sugarcane-derived sugar was initiated.  While the first written reference to honey is found on a 4,000 year old Sumerian tablet,[ii] and depictions of humans seeking honey have been found in cave paintings at in Spain that are at least 8,000 years old, we can assume that our love affair with the sweet stuff graciously provided by the bee goes back much further, perhaps hundreds of thousands, if not millions of years ago. 8000 year old cave painting from the Araña Caves in Spain.

Regardless of the exact date of its introduction into our diet, from the perspective of evolutionary biology and nutrition, it is clear that our body has had infinitely more time to adapt to honey than sugar.  It is instructive, as well, that sugarcane is in the same grass family whose seeds in the form of “cereal grains” we now consume in such plenty that, arguably, we are now slowly digging our graves with our teeth (particularly, our grain-grinding molars). After all, we have only been consuming them for 10-20,000 years, and in some cases less than 10 generations – a nanosecond in biological time, even if from the lived perspective of a single human lifespan, or even cultural time as a whole, it may seem like “forever.”

For those skeptics who consider this reflection on the differences between honey and sugar mere theory, there is now plenty of clinical research confirming their significant differences.

A double-blind, randomized clinical study titled, “Effect of honey versus sucrose on appetite, appetite-regulating hormones, and postmeal thermogenesis,” published in 2010 in the Journal of the American College of Nutrition, compared the effects of honey or sugar on appetite hormones (ghrelin, peptide YY) and glycemic and thermic effects after a meal, in 14 healthy, nonobese women.

The researchers found that the group given 450 calorie (kcal) honey in their breakfasts had “A blunted glycemic response may be beneficial for reducing glucose intolerance,” and saw positive modulation of appetite hormones, i.e. delayed the postprandial ghrelin response and enhanced total peptide YY levels.[iii]

Another study published in Journal of Medical Food in 2004, which compared honey to dextrose and sucrose, found that natural honey was capable of lowering plasma glucose, C-reactive protein, homocysteine in healthy, diabetic and hyperlipidemic subjects.[iv] Why Consuming Honey Raw Is So Important

Raw honey contains enzymes and probiotics which are destroyed when heated or used in cooking applications.  These compounds are of no small significance and contribute directly or indirectly to honey’s many well-known health benefits.  Take the active starch-digesting enzyme amylase, for instance, found only in the raw form of honey in a form known as diastase, which is believed to contribute to clearing antigen-antibody immune complexes associated with allergies to pollens, while also reducing mast cell degranulation associated with histamine, and related inflammatory hormone, release linked to allergic symptoms. Also, if it is local honey, it will pick up small amount of local pollen which may help to “immunize,” or desensitize an overly active immune response to these environmental triggers. There is also the enzyme in raw honey known as glucose oxidase, which produces hydrogen peroxide and gluconic acid from glucose. The hydrogen peroxide formed as a result of this enzyme is associated with honey’s well-known wound sterilizing and healing properties.

Honey is also rich in prebiotics, as attributed to some of the oligosaccharides already mentioned (e.g. FOS), and probiotics that contribute to supporting the healthy flora in our gut as well.

Recently, in fact, an abundant, diverse and ancient set of beneficial lactic acid bacteria were discovered within the honeybee gut.  Researchers found a collection of 50 novel species from the genera Lactobacillus and Bifidobacterium from a single insect. Further investigation of these strains indicated that the association between these bees and the bacteria are at least 80 million years old.[vi]  Consuming raw honey, therefore, likely significantly impacts the microbiota within our own gut, and is one way to reconnect to ancient symbiotic relationships with flora that in our modern, sterilized, pasteurized, irradiated, poisoned, cooked, and bleached world, are all but eradicated from our environment, soil, food, and therefore bodies.

Honey’s ability to support the growth of beneficial bacteria was recently demonstrated in a study published in Letters in Applied Microbiology in 2000, where researchers compared the stimulatory effect of honey with sucrose on the multiplication of lactic acid bacteria in in vitro conditions and found “[T]he number of Lactobacillus acidophilus and Lactobacillus plantarum counts increased 10-100 fold in the presence of honey compared with sucrose.” Animal feeding of honey to rats also resulted in significant increase in counts of lactic acid bacteria.[vii]

The probiotic-boosting properties of honey may provide an explanation for why it is such an effective anti-infective agent and has been proven to heal many gastrointestinal disorders.

A Final Word on The Bee

A full appreciation of honey inevitably leads to a full appreciation of the bee, as well as an awareness of the precarious relationship presently existing between our species. While shallow, the bee’s role in pollination has been estimated to have over several billion dollars of economic value annually. The reality is that we are far more dependent on this insect than it is on us, which is why when we use “pesticides” and various agrichemicals to radically transform the bee’s natural habitat and microbiota, or use antibiotics, feed them high fructose corn syrup, and add other various amendments in its hive, the resulting collapse of immune function, and secondary infections that emerge, we pretend are a novel new disorder whose origins are unknown, i.e. bee colony collapse disorder, much in the same way that we blanket over our own self-poisoning with various idiopathic syndromes that are actually iatrogenic or environmental in origin.

Bee products, including venom, wax, propolis, royal jelly, etc., have been found to provide potential medicinal solutions for over 170 different health conditions (see Bee Products), expressing over 40 distinct beneficial pharmacological actions. This growing body of research should awaken in us greater respect for this sacred insect — even if only for selfish reasons — and when we say sacred, we mean this both entomologically and etymologically, as the word sacred means “to make holy,” and the word holy shares the same root meaning as the words whole and heal.