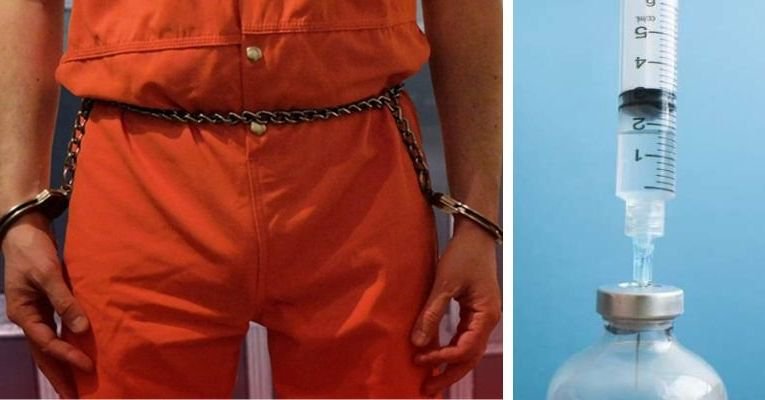 — Republican Alabama Governor Kay Ivey signed a bill into law Monday that will require some sex offenders to undergo chemical castration one month prior to being released from custody, and will also ensure that offenders have to foot the bill for the treatment.

Under the law, offenders “convicted of a sex offense involving a person under the age of 13” will have to be chemically castrated a month ahead of release and would also be required to continue treatment “until the court determines the treatment is no longer necessary.” Offenders would also have to pay for the procedure, but a denial of their parole could not be based “solely” on an inability to pay.

Chemical castration is defined in the law as “the receiving of medication, including, but not limited to, medroxyprogesterone acetate treatment or its chemical equivalent, that, among other things, reduces, inhibits, or blocks the production of testosterone, hormones, or other chemicals in a person’s body,” according to AL.com.

If a given offender chooses to halt the treatment, the move would be treated as a violation of parole, forcing the offender to resume their incarceration.

“This bill is a step toward protecting children in Alabama,” Ivey said. The bill was passed by both houses of the Alabama Legislature last month.

The use of chemical and surgical castration in controversial across the globe and has come under fire locally from the Alabama Civil Liberties Union, who have argued that the bill raises constitutional concerns and is akin to cruel and unusual punishment—a violation of the U.S. Constitution’s 8th Amendment—while also violating people’s right to privacy.

Randall Marshall, the executive director of ACLU of Alabama, also noted that the law misses the mark in preventing child molestation. In a statement to CNN Tuesday, Marshall said:

“It certainly presents serious issues about involuntary medical treatment, informed consent, the right to privacy, and cruel and unusual punishment. And, it is a return, if you will, to the dark age.

This kind of punishment for crimes is something that has been around throughout history, but as we’ve gotten more enlightened in criminal justice we’ve gotten away from this kind of retribution.”

Republican Rep. Steve Hurst, who put forward the bill, has emphatically defended the measure from accusations that it may be draconian or inhumane.

“I had people call me in the past when I introduced it and said, ‘Don’t you think this is inhumane?’

They have marked this child for life and the punishment should fit the crime.”

Caitlin Donovan, a spokesperson for the National Patient Advocate Foundation, has also criticized the law, noting that it may lead to a slippery slope, ultimately having a much farther reach than currently envisioned. In a statement to CNN, Donovan said:

“Medical decisions should remain between a patient and their provider.

I worry about any precedent that allows the state to use health care as a form of punishment.”