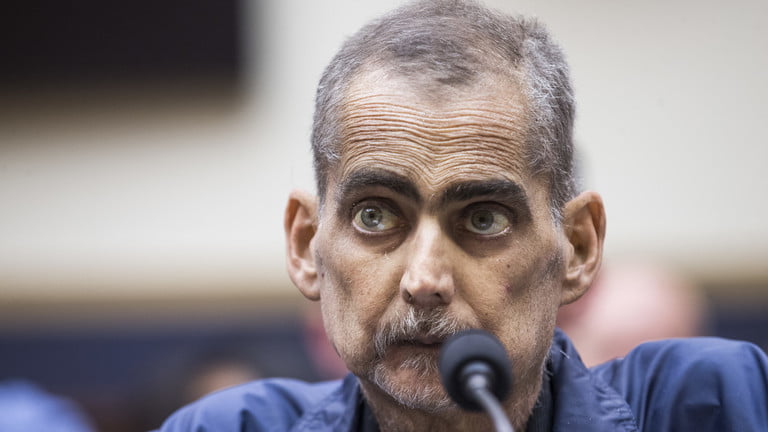 Alvarez had spoken at a congressional hearing to extend the 9/11 Victims Compensation Fund (VCF) and its funding just weeks before he died. Many paid tribute to the 53-year-old former detective on social media, thanking him for his bravery and work to extend the fund, which covers medical costs of 9/11 first responders and volunteers.

He exemplified the NYPD motto, “Fidelis Ad Mortem” or “Faithful Unto Death.” Detective Lou Alvarez has lost his battle with 9/11-related cancer. An inspiration, a warrior, a friend—we will carry his sword. https://t.co/utRphj7owx

The progression of Luis Alvarez's body before and after being a 9/11 First Responder. WHY are humans having to beg for medical care from their own country after a TERRORIST attack? What happened to the 8 BILLION raised via VCF? Gas Masks for ALL ⛑👮🏼https://t.co/6YLWDHkjcN pic.twitter.com/CqBC3IOcC3

Thousands of first responders and others who rushed to help save people in the aftermath of the 2001 terrorist attacks were exposed to a “witches brew” toxic dust of hazardous materials, including asbestos, lead, and concrete particles released from the falling buildings.

Emergency workers spent weeks sorting through the rubble and were told by New York and federal officials that it was safe. This was not the case and, as of March 2019, there have been 2,335 deaths attributed to 9/11 related illnesses, almost as many as the 2,996 people who died in the attacks.

The World Trade Center Health Program reports over 95,000 people suffering from health problems related to 9/11, with up to 900 new cases being identified each month, 18 years after the attacks took place.

Alverez, a former Marine and bomb-squad detective, received 69 rounds of chemotherapy as well as numerous operations to treat his colorectal cancer which was diagnosed in 2016. He entered a hospice with liver failure under two weeks ago.

In his final interview, he stressed the importance of health coverage for those fighting 9/11 related disease. “There’s plenty of people that, in terms of going through the stress of fighting cancer, they’re also fighting the financial stress of the health care,” he told Fox News. “And it’s not right. You know, we served our city, our state, our country. And [we] should be compensated for it.”

The VCF was set up to process claims for deaths and injuries caused by the September 11 attacks. It re-opened in 2011 to compensate first responders who suffered from health issues as a result of being at Ground Zero after the attacks and provide health coverage.

Compensation payments were slashed by 70 percent in February as the fund warned it was running out of money in the face of rising claims in the lead-up to its 2020 expiration date. A bill moving through the House of Representatives aims to make the VCF permanent and grant it additional funding. The VCF was set up to process claims for deaths and injuries caused by the September 11 attacks. It re-opened in 2011 to compensate first responders who suffered from health issues as a result of being at Ground Zero after the attacks and provide health coverage.