Prepare For Change
Home ARCONTES What is Drug Addiction? 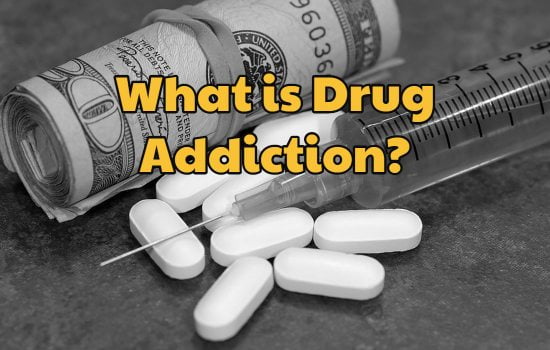 Addiction is classified as a chronic, relapsing, brain disorder, that affects one in ten Americans. By continually using a substance, whether it be a prescription drug or a street drug such as heroin, the body begins to become physically and psychologically dependent on that drug. Most drugs will provide the brain with a surge of dopamine, which creates a pleasurable, high sensation. As use continues, tolerance develops, and the brain becomes unable to develop its state of happiness without a hit from the drug. The changes drugs make to your body is what makes it difficult to stop using, creating uncomfortable, and dangerous withdrawal symptoms when you attempt to reduce drug use.

Millions of Americans suffer from drug addiction, and many users of prescription drugs turn to illegal drugs as a cheaper option to maintain their habit. If you or someone you love is using a substance regularly and is unable or unwilling to stop, they are likely experiencing dependence or addiction.

A treatment gap exists in the United States where over 22 million Americans suffer from a substance use disorder, yet only 10% of those people get the treatment they require. This is due to the stigma surrounding addiction, and the denial of many individuals that they are suffering from drug addiction.

The opioid epidemic that is plaguing America is being fueled by both prescription opioids, as well as illicit opioids like heroin. As of 2018 over 115 Americans are dying every day due to opioid addiction, and overdose. In 2016 opioids killed more people than peak gun violence, peak AIDS crisis, and peak car crash years.

Illicit drugs vary significantly in the effects that they cause, and the symptoms they produce in their users. What they share is their risk factor, as each one of these drugs has been deemed dangerous, and addictive to be allowed legally in the United States:

What are the Symptoms of Illicit Drug Addiction?

Abusing illicit drugs causes unique symptoms depending on the drug and dosage. However, overdose remains a potential side effect for most of these drugs. If someone is exhibiting the following symptoms, call emergency services immediately:

Remember when calling emergency services to disclose as much information as possible about the drugs that were taken, and the dosages. Even if they are illegal substances, most overdose calls are responded to by EMTs who are more interested in saving a life, than calling up criminal charges.

You may also notice behavioral changes due to drug use, which could indicate an addiction:

With long-term substance abuse, a person’s lifestyle stands to see considerable, ongoing decline as drugs take on greater importance in his or her daily life.

What are the Signs of Illicit Drug Addiction?

Although drug side effects may vary, the same five stages of addiction are experienced by users, regardless of which substances they are abusing:

When a user first tries a drug. Over half of all people will try a drug before they reach 18 years old. Certain drugs carry a risk of addiction from their first use, such as meth.

The substance is used socially, with friends, and without cravings. The substance can be used casually, at parties, or now and again.

When use starts to become a habit, instead of a casual experiment. Users may start to have the drug every weekend, or after work each day. They will also begin to use on their own; it will be less of a social event.

Tolerance sets in, and requires the user to have more of a substance to achieve the same effects as before. The user is now physically dependent on the drug and will need to continue using to avoid withdrawal symptoms. Negative health consequences may start to set in, along with behavioral changes.

The user is unable to stop using and is not deterred by negative consequences of their drug use. They prioritize getting high above all other obligations. Drug addicts may start to isolate themselves, may lose interest in regular activities, and may start to miss school or work. They may partake in drug-seeking behavior and will take on riskier activities to score their drug of choice. At this stage, most users will be in denial about their addiction, attempting to hide their use from friends and family. Users are now physically and psychologically dependent on this drug and will need treatment to stop their addiction.

When to Get Help for Drug Addiction

If you are unable to stop using or are experiencing withdrawal symptoms when you try to reduce the dosage, you should get help with your addiction. Withdrawal episodes result from growing brain chemical imbalances that ultimately disrupt the brain’s ability to maintain the body’s systems as normal.

While withdrawal effects can vary between alcohol and drug use, as well as from drug-to-drug, some of the most common types of effects experienced include:

The longer a person keeps abusing drugs and alcohol the more severe withdrawal effects become and the more often they occur. Also, if you have had any significant health problems arise from use, you should seek out help immediately.

Which Treatment Options are Available for Drug Addiction?

Detox treatment provides you with the supports needed to stop abusing drugs or alcohol. These supports typically take the form of:

While not everyone who enters recovery will require an in-house detox program, those with long histories of substance abuse or chronic users will most definitely require some form of professional detox treatment help.

Long-term drug and alcohol addictions often leave addicts in poor physical health, with many also struggling with severe psychological disorders. Both inpatient and residential treatment programs operate as live-in treatment environments, so a person lives at the treatment facility for the duration of the program.

Inpatient care is highly recommended for most people, as it allowed therapists to work intensively on personal issues, knowing the patient isn’t going to return to their homes and relapse (as they might for outpatient care).  Inpatient programs provide ongoing medical, psychological and addiction treatment. Inpatient programs can run anywhere from two weeks to three months long depending on the severity of the addiction problem.

Inpatient programs offer medication-assisted treatment, to help ween slowly you off of your drug, and reduce withdrawal symptoms. This is ideal for long-term drug users.

If you’re at the early stages of drug and alcohol addiction and still have work and family obligations to meet, an outpatient treatment program offers the type of flexibility you’ll need. In effect, residential and outpatient programs offer the same types of services only you don’t have to live at the facility with outpatient treatment. However, they take longer to complete, as therapists work at a slower pace, only seeing patients a few times per week.

Services offered may include:

These types of interventions help you replace the destructive thinking and behaviors that drive substance abuse with a mindset that can support a drug-free lifestyle.

For people coming off the severe drug and alcohol addiction, going from a treatment program to regular, everyday life can be risky regarding the pressures and temptations that daily life brings. Sober living programs act as a bridge between the treatment program environment and going back home. It is essential to set up aftercare treatment, to help promote successful long-term recovery. Therapy programs can assist in treating underlying mental health issues, as well as identifying strategies for avoiding relapse.