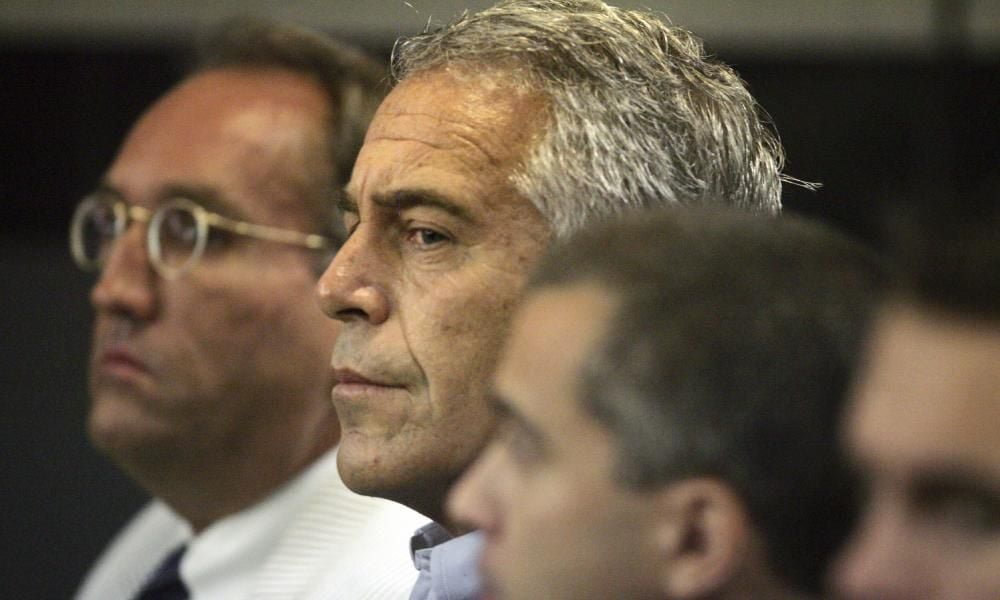 Wealthy financier, 66, had been accused of sex trafficking and was being held without bail after being arrested on 6 July

Wealthy financier Jeffrey Epstein has killed himself at a New York jail, according to authorities in New York and media reports.

“Saturday, August 10, 2019, at approximately 6.30am, inmate Jeffrey Edward Epstein was found unresponsive in his cell … subsequently pronounced dead by hospital staff,” reads a statement from the Metropolitan Correctional Center where Epstein, 66, had been held without bail since his arrest on 6 July on charges of sex trafficking girls as young as 14.

The FBI is investigating the incident, and the attorney general, William Barr, said he had also opened an investigation by the Department of Justice’s inspector general and was “appalled” by the death. “Epstein’s death raises serious questions that must be answered,” Barr said.

Lawyers for several of Epstein’s alleged victims, including Virginia Giuffre, whose depositions detailing her experience as one of the financiers’ “slaves” when she was just 14 years old were released yesterday, called for the investigations into his crimes to continue, despite his death.

“We are hopeful that the government will continue to investigate and will focus on those who participated and facilitated Epstein’s horrifying sex trafficking scheme that damaged so many,” Sigrid McCawley said.

The New York representative Alexandria Ocasio-Cortez tweeted shortly after Epstein’s death was reported: “We need answers. Lots of them.”

Epstein’s death comes a day after unsealed documents in New York revealed the extent of his abuse of young women at his home in Palm Beach, New York and the Virgin Islands.

Epstein had been held since he was arrested on charges relating to alleged sexual misconduct from at least 2002 to 2005. He had pleaded not guilty to the charges.

An earlier attempt to prosecute him on similar charges collapsed when authorities granted him an unusually generous deal to plead guilty to state prostitution charges in Florida.

His death comes just days after he was found unconscious in a Manhattan jail cell with injuries to his neck, US media had reported, citing unidentified sources.

It was not clear how he suffered those injuries. Two anonymous sources told New York’s local NBC News 4 that Epstein’s injuries may have been self-inflicted, while another said an assault by another inmate had not been ruled out.

After the incident, Epstein had been placed on suicide watch.

The Brooklyn-born financier made his name at the investment bank Bear Stearns before opening his own firm in 1982, managing money for clients with wealth in excess of $1bn. The business came with an intensive social schedule. Epstein positioned himself as a party figure in Manhattan and Palm Beach, Florida, and courted the rich, famous and powerful across America and the world. 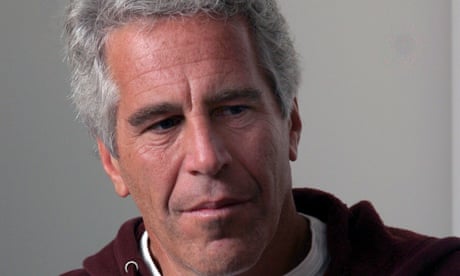 Epstein’s circle of friends and acquaintances has included Donald Trump; Bill Clinton; Prince Andrew; Leslie Wexner, founder of the company that owns the Victoria’s Secret lingerie brand; and many other prominent names in law, entertainment and politics.

The first allegations of sexual abuse came in 2005 when a woman contacted the Palm Beach police, alleging her 14-year-old stepdaughter had been taken to Epstein’s mansion by an older girl. The girl was allegedly paid $300 to strip and massage Epstein.That triggered an 11-month investigation that drew in the FBI. Interviews with alleged victims and witnesses showed that some of the girls involved were under 18.

A large tranche of documents released on Friday from a lawsuit against Ghislaine Maxwell – who allegedly procured girls for the financier – contained both lurid claims and denials of world leaders’ involvement in his alleged sex trafficking.

Giuffre, who is among Epstein’s many accusers, sued Maxwell in 2015, alleging the British socialite and daughter of the former media tycoon Robert Maxwell defamed her by claiming she was a liar in her accusations against Maxwell and Epstein.

The documents appeared to bolster claims that many in Epstein’s circle had taken part in his hospitality that included “massages” from dozens of underage girls.

After original attempts to prosecute Epstein collapsed, Trump’s former labor secretary Alex Acosta came under repeated scrutiny for being seen as too lenient when he oversaw the case.

In February, a judge ruled prosecutors in the case violated the law by concealing the deal from his underage alleged victims. Acosta resigned from his administration post in July.

As Epstein’s world unraveled, some of those who had sought his financial investment advice came forward while many more preferred to distance themselves, issuing statements painting their interactions in minimal terms. They included Trump and Clinton, who both issued statements saying they had had little to do with Epstein in recent years.

Wexner said this week that financier had “misappropriated” more than $46m of his personal fortune. He said money went missing a decade ago, according to a letter to the Wexner Foundation.

“We discovered that he had misappropriated vast sums of money from me and my family,” Wexner said in the letter. “This was, frankly, a tremendous shock, even though it clearly pales in comparison to the unthinkable allegations against him now.”

Wexner hired Epstein in 1991 to manage his money, giving him vast power over his investment and tax affairs.

Deutsche Bank and JP Morgan also said they were examining trades Epstein made when he was a client.

The latest investigation, reported the Miami Herald, will probably focus on the lenient work privileges Epstein enjoyed while serving a 13-month sentence for soliciting prostitution from underage girls, the product of the controversial 2008 deal with federal authorities.

The financier was allowed to work from his office six days a week, according to Palm Beach county sheriff’s records. His personal limousine picked him up from jail as early as 7.15am and dropped him off as late as 10.40pm.