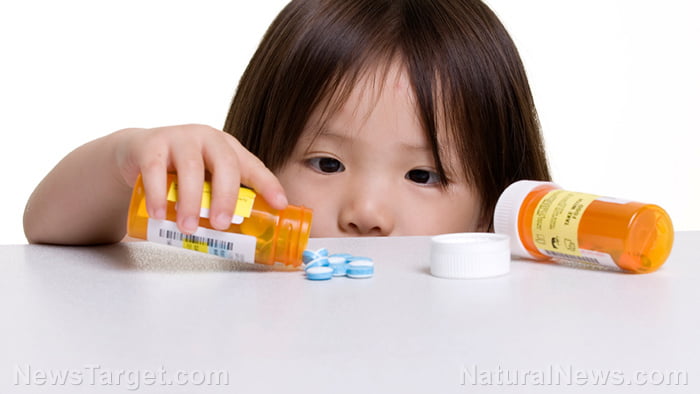 The mainstream media is having a meltdown over reports like the one we recently published outing GnRH agonist drugs like Lupron (leuprolide acetate for depot suspension) for causing serious injury and even death in children who are prescribed it for their transgenderism.

It actually wasn’t us that first reported this, but rather the United States Food and Drug Administration (FDA), revealing that at least 6,370 people have died from taking Lupron over the past five years. But mainstream media outlets like NBC News are upset that independent media outlets like Natural News and The Daily Wire are tying these deaths to the transgender push on underage children.

While Lupron is – or was, since society is becoming exponentially more LGBTQ by the day – primarily intended to treat prostate cancer in adult men, as well as “precocious puberty” in children with this disorder, this drug is increasingly being prescribed off-label as a means of achieving a “gender change” through the blocking of sex hormones.

NBC News actually called out The Daily Wire specifically for drawing attention to this fact, dubbing it as “fake news” and suggesting that no “transgender” children are being harmed by Lupron. But this in and of itself is fake news, and it’s really not that difficult to prove based on the data.

You see, Lupron and other GnRH agonist drugs in its class have become the go-to for the LGBTQ mafia to impose mass transgenderism on today’s youth. By simply popping this drug regularly, a young boy, as one example, can deprive his body of testosterone and other male hormones, and eventually turn into a “girl.”

Does the mainstream media hate children so much that it would rather keep them uninformed about the deadly side effects of gender-benders?

Besides the obviously horrific implications of this in terms of permanent hormone damage, this same boy may also suffer other nasty side effects like seizures or sudden death. But fake news outlets like NBC News don’t want people to know this, which is why this disinformation outlet has gone on the attack.

“They are defending the use of this potentially dangerous drug among physically healthy children on the basis that it’s really designed for use among terminally ill men,” writes Matt Walsh for The Daily Wire about what NBC News is effectively doing by attacking media outlets that are telling the truth about Lupron.

“Don’t worry, says NBC, Lupron is just chemically castrating children,” he adds. “Most of the people who die from it are adults. Sure, we don’t really know all the risks inherent in suppressing the normal growth and development of children who are confused about their gender, but it probably isn’t killing them, as far as we know, at this point. This is NBC‘s argument.”

Walsh goes on to explain that Lupron actually turns a healthy child into an unhealthy child, which is why news outlets should be shouting from the rooftops the dangers associated with using it as such for off-label purposes. But again, the mainstream media wants to keep the world completely in the dark about what these drugs are doing to children in order to pander to the Cult of LGBTQ, which finds the truth “offensive.”

“If NBC was a real news outlet, it would be debunking this great fraud being perpetrated by the medical industry at the expense of innocent children,” Walsh contends.

“At the very least, it would express some level of skepticism at the claim that puberty should literally be treated like cancer if a child is confused about his gender. But there is no skepticism, much less moral indignation, on the part of NBC or any other left-wing outlet.”

For more related news about the transgender push on innocent children and the drugs like Lupron that are killing today’s youth, be sure to check out Gender.news.