Prepare For Change
Home ARCONTES Why is Israel Armed with an Estimated 400 Nuclear WMDs? 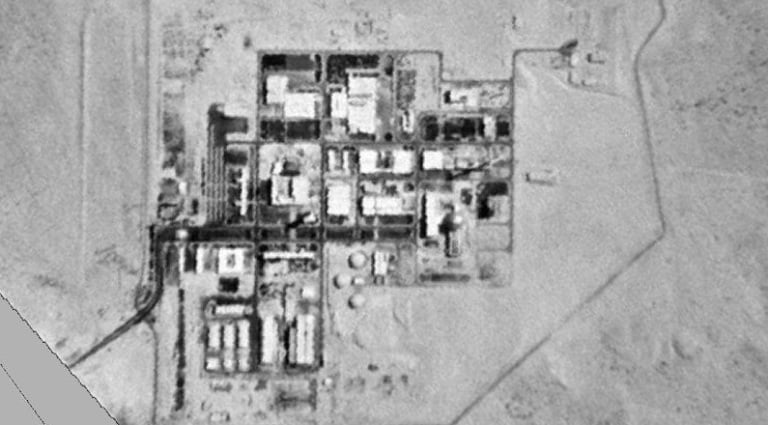 Because the Israeli government refuses to be a party either to the international nuclear Non-Proliferation Treaty (NPT) or the internationally agreed Chemical Weapons or Biological Weapons Conventions (CWC) (BWC), means that unlike the vast majority of UN Member States including America, Britain, China, Russia, France and Germany etc., the state of Israel is uniquely able to mount a nuclear/chemical attack upon any country in the Middle East (or Europe), at any time, without warning.

Israel is, of course, the only undeclared nuclear-weaponised state in the world and is estimated by US scientists to have up to 400 nuclear weapons plus substantial stocks of banned chemical weapons of mass destruction (WMD).  Furthermore, the Israeli state is NOT a member of either NATO or the EU.

Frighteningly, it now has a second-strike capability through its nuclear-armed cruise missiles that can be delivered by land, submarine-launched or aircraft. That fact alone makes it, arguably, the most dangerous state on the planet with the ability to destroy and contaminate whole swathes of Europe and the Middle East, for more than a generation.

However, instead of meeting this threat with a national defence planning campaign, the U.K. government exports military equipment to the Netanyahu Likud administration to assist in its potential for regional military domination.

Israel’s Prime Minister Benjamin Netanyahu (L) and Defense Minister Moshe Yaalon sit in front of a display of M302 rockets, found aboard the Klos C ship, at a navy base in the Red Sea resort city of Eilat March 10, 2014. Netanyahu, displaying on Monday what Israel said were seized Iranian-supplied missiles bound for militants in Gaza, called on the West not to be fooled by Tehran’s diplomatic outreach over its nuclear programme. REUTERS/Amir Cohen (ISRAEL – Tags: POLITICS MILITARY CIVIL UNREST) – RTR3GGUG

Why? That is a question that must remain unanswered for there is no valid explanation for a British government helping to further arm a potential future enemy that is the only undeclared nuclear state in the world and which already has a fleet of German-built, Dolphin-class submarines armed with nuclear cruise missiles plus its Jericho series of intermediate to intercontinental range ballistic missiles (ICBMs).

The status quo would appear to be both political and military madness.

There can be but one explanation: the powerful influence of the friends of Israel lobby at Westminster – and, of course, that of its sister lobby, AIPAC, in Washington.

And, it is noted here that at least one member of the current British cabinet of Boris Johnson, has been established in the public domain as a known collaborator with the hard-Right, settler-controlled, Netanyahu government.

Hans Stehling (pen name) is an analyst based in the UK. He is a frequent contributor to Global Research.

If 4 Nuclear WMD Are More than Adequate for Israel’s Defence – Why Is It Armed with an Estimated 400?

You can actually participate in crippling the Deep State organized criminal cabal, while enjoying healthcare freedom at the same time, by boycotting Big Pharma for good.