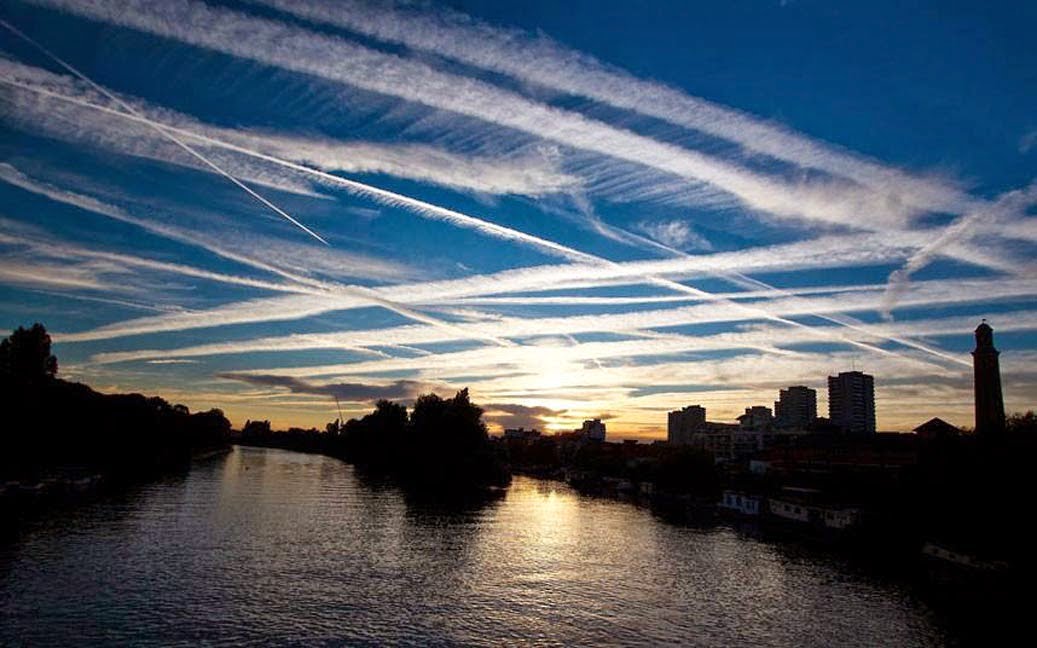 Have you noticed that everyone around you is congested and coughing? I am calling this new syndrome “chemtrail cough.”

My wife is coughing, I am coughing and now even our dogs are coughing. In just four years death by respiratory disease has skyrocketed from 8th in the world to 3rd and possibly even 2nd.

If someone in congress receives a letter with a little bit of white powder in it the capitol is evacuated and the media freaks out and starts screaming “terrorists.”

However, right over their heads, hundreds of tons of nano aluminum and barium are being sprayed on them daily and yet nobody seems to care.

Yesterday I heard Alex Jones start his broadcast by saying his throat hurt and his voice was messed up because of something in the air but he didn’t know what it was.

Just one hour before his show started I heard the world’s leading expert on the subject of chemtrailsand geoengineering (Dane Wiginton) conduct an interview and he sounded terrible too.

Alex often talks about what people will put up with. One of his ideas is to go door to door in Austin and ask homeowners if it would be OK to put cameras in their bedrooms and then record their responses.

Of course, no sane person would allow that yet they do allow the NSA and countless other agencies and private corporations to do exactly the same thing via their smart TVs and smart phones.

Here’s my idea. How would anyone from Infowars or any other patriot radio show like it if I cornered your kid somewhere, opened a can of bug spray and emptied the entire can on their face?

You probably wouldn’t like it too much and yet you tolerate the EXACT same thing to be done to your kids on a daily basis by Bill Gates and the rest of the geo-engineering fanatics.

How is this not the number one story in the world all day and every day? Has everyone in the alternative media lost their minds too? We know that nano sized particulate of aluminum is very harmful to the brain and is responsible for killing everything that lives and yet it is rarely discussed and very little effort is directed to exposing it and stopping it.

Don’t people understand that if we don’t stop this right now there will be nothing left to live and fight for?

They are turning the sky over the entire country white daily. I have saved these recent satellite images to illustrate just how much material they are dumping on us. The sprayers repeat the same pattern day after day with very few exceptions.

The aluminum and barium (blanketing us all day) dissipates and falls to the ground in the early evening. The planes then return to their bases to refuel, rearm and get ready for the next attack the next morning.

Unless all radio talk show hosts come together and put an end to this craziness called geoengineering it is my opinion that all life on earth will die and the battle for the future of humanity will be lost.

Dane Wigington should be on every radio show at least once a week to cover the latest developments in the collapse of our ecosystem. It’s accelerating and nothing is being done to curtail these insane programs.