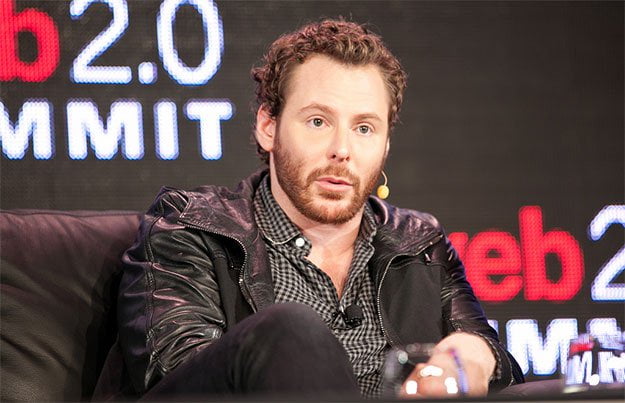 Facebook. It’s something that over 1.8 Billion people are using on a daily basis — can you believe that?

For many of us, it’s the first thing we do when we wake up, and the last thing we do before we go to bed at night. Is this a healthy relationship?

There is no doubt that Facebook has connected all of us on a level that may have previously been unimaginable. Without Facebook, a lot of important information would not have been seen. It presented a platform to share so much information and so many ideas.

How Did This Happen?

But, was this all by mistake? Was Facebook solely created to connect College kids, and simply exploded from there? Was it an accident? Were there sinister intentions behind its creation or did all those, if any, creep in after its success?

Was it designed to essentially suck as much of our time away from us as possible? Well, according to former Facebook president, Sean Parker, that’s exactly what it was designed for and continues to do.

Either Parker is a disgruntled ex employee trying to seek revenge on the corporate giant, or he is worried enough about the implications of Facebook as we know it now, and potentially where is headed.

I’ll leave it to you to decide after reading some of what he recently announced during an interview with Axios.

Parker joked that the following comments would probably get him blocked from Facebook by Mark Zuckerberg.

I can relate to this statement as I’ve seen many people that always said they would never use Facebook come over to the dark side, or even people like my Mother who barely know how to use a computer, add me as a ‘friend.’

“I don’t know if I really understood the consequences of what I was saying, because [of] the unintended consequences of a network when it grows to a billion or 2 billion people and … it literally changes your relationship with society, with each other … It probably interferes with productivity in weird ways. God only knows what it’s doing to our children’s brains.”

Could anyone have understood the implications of what something this massive could have brought to our society is a whole? He’s right, Facebook has taken over aspects of our lives in many ways.

“The thought process that went into building these applications, Facebook being the first of them, … was all about: ‘How do we consume as much of your time and conscious attention as possible?’”

Are you addicted to “the scroll?” Constantly scrolling, waiting for something that makes you laugh or you find interesting, just to give a like or a comment and then get right back to scrolling?

Facebook is extremely addictive, and it’s not your fault, it was designed to be this way. The first step to recovery is admitting you have a problem.

“It’s a social-validation feedback loop … exactly the kind of thing that a hacker like myself would come up with, because you’re exploiting a vulnerability in human psychology.”

This is so true. I can relate to this on many levels, after posting something, if I don’t get a like or a comment, I start to regret my post and wonder if it was worth it or not.

After than, I then began to feel validated by a ‘like’ or a comment. Many of us, not all , post to get likes. It’s that simple.

“The inventors, creators — it’s me, it’s Mark [Zuckerberg], it’s Kevin Systrom on Instagram, it’s all of these people — understood this consciously. And we did it anyway.”

I know what a lot of you are probably thinking: but, I saw this post on Facebook and that’s how I ended up coming to read it. Which is a valid thought. It’s no surprise that Facebook has literally taken over so much of the internet, and even the use of the built in apps on our phones at times.

Facebook came in quick and literally just took over everything standing in its way. In some ways it’s actually impressive, but in others it’s extremely scary.

Former Google employee, Tristan Harris explained how these tech companies master the minds of their users. Product designers “play your psychological vulnerabilities (consciously and unconsciously) against you in the race to grab your attention,” he wrote.

Like magicians, social media apps “give people the illusion of free choice while architecting the menu so that they win, no matter what you choose.”

It’s not that you need to save all of your photos, copy and paste all of your links and  contact your closest friends to make a massive list of emails, although, that’s one way to go about it.

Just be aware, especially if you catch yourself with any amount of time to spare, 30 seconds, 10 minutes, or a couple of hours, it’s so easy to instantly grab your phone and begin “the scroll.”

Be aware of the addiction, and then break it. If you need to take a break from all social media from time to time so that you remember what life was like before we were constantly glued to our small screens, our medium screens and our larger screens, then do it.

Sometimes it’s easy to forget that we are in control of our lives, it’s time to take back the power!

If you are wondering how you will be able to read our articles whilst taking a break from social media, don’t worry, we’ll still be here, and you can easily find us by coming right to our website or using Google. Much Love!