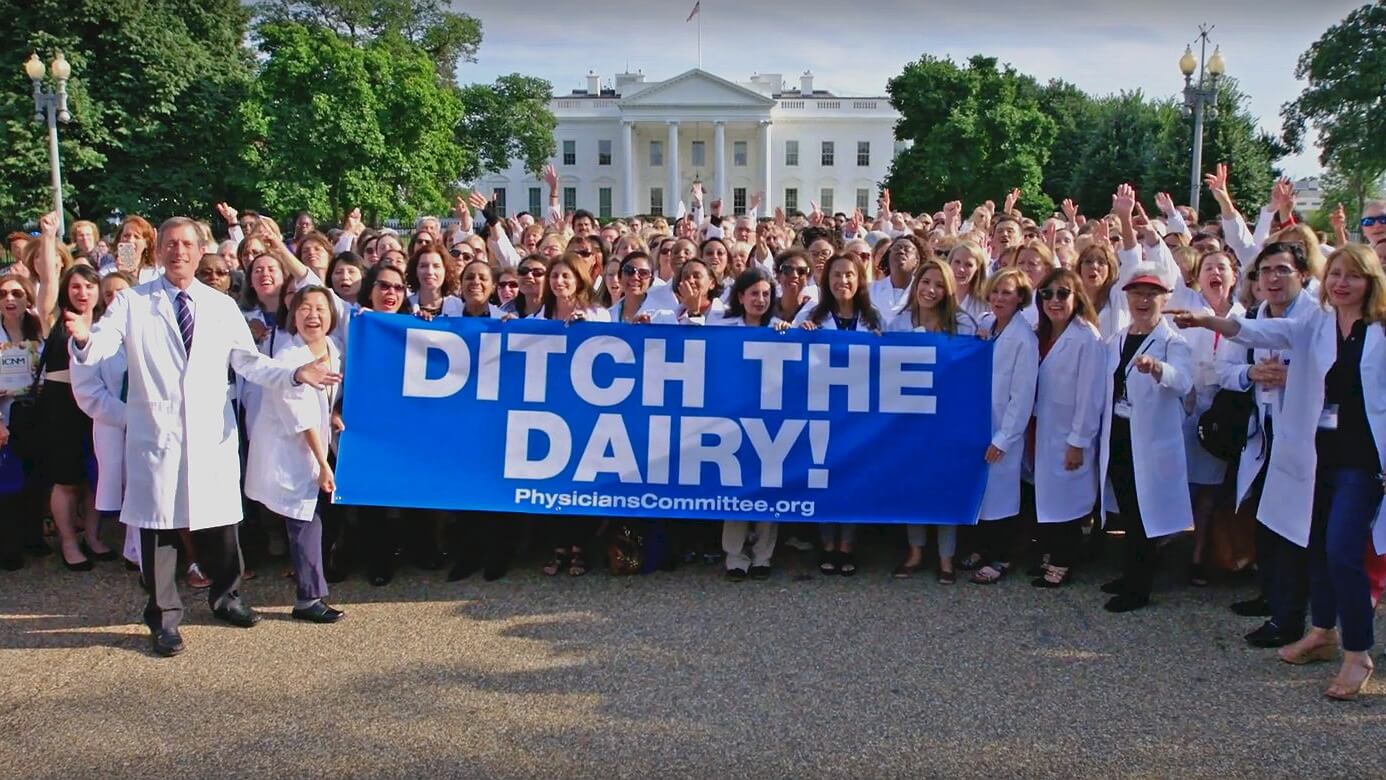 What do doctors learn about nutrition in medical school? Shockingly and unfortunately, nothing. Why? Because nutrition does not bring in profit, and treating people with nutrition hasn’t seemed to be an option at all ever since the birth of the mainstream medical industry. The sad reality is that “the medical profession is being bought by the pharmaceutical industry, not only in terms of the practice of medicine, but also in terms of teaching and research. The academic institutions of this country are allowing themselves to be the paid agents of the pharmaceutical industry. I think it’s disgraceful.” – Arnold Seymour Relman (source)

Thankfully, things are changing and changing fast. A lot of people are taking their nutritional education into their own hands, and many doctors are also educating themselves on the power of nutrition through the plethora studies and clinical evidence that’s available out there.

One of the latest examples of doctors educating themselves comes from the Physicians Committee for Responsible Medicine (PCRM), who recently submitted a citizen petition with the Food and Drug Administration (FDA) to change labeling on cheese to include a cancer warning.

Why? Because based on the research, cheese, and dairy from the animal of another is not good, but bad for us. This reality may be hard for many to believe given the fact that it’s been one of the stable food groups for so long. It’s time we start recognizing that “nutritional education” that we grow up with is a product of the big food companies and marketing, it’s not backed by any science and more people are starting to become aware of what the science is actually showing us.

Dairy cheese contains reproductive hormones that may increase breast cancer mortality risk. (This sentence is what they want on dairy cheese products).

High-fat dairy products, such as cheese, are associated with an increased risk for breast cancer. Components in dairy such as insulin-like growth factor (IGF-1) and other growth hormones may be among the reasons for the increased risk for cancer.

I find it interesting that they mention IGF-1 growth hormone.

A 2015 study published in Cell Metabolism is one of multiple studies that points out:

Mice and humans with Growth Hormone Receptor/IGF-1 deficiencies display major reductions in age-related diseases. Because protein restriction reduces GHR-IGF-1 activity, we examined links between protein intake and mortality. Respondents (n=6,381) aged 50–65 reporting high protein intake had a 75% increase in overall mortality and a 4-fold increase in cancer and diabetes mortality during an 18 year follow up period. These associations were either abolished or attenuated if the source of proteins was plant-based.

The study above corroborates with a lot of other research showing that animal protein skyrockets IFG-1 growth hormone, thus leading to a wide variety of diseases, in the long term, including cancer. The interesting thing is that protein from plants, as the study points out, “abolished or attenuated” these associations “if the source of proteins was plant-based.”

Fasting has been shown to reduce the risk and even reverse many age related diseases, like Parkinson’s and Alzheimer’s. It’s also been shown to regenerate stem cells and slow down the overall aging process, much of that is due to the fact that fasting drops our IGF-1 growth hormone levels.

The study is titled “Patterns of plant and animal protein intake are strongly associated with cardiovascular mortality: The Adventist Health Study-2 cohort,” It was a joint project between researchers from Loma Linda University School of Public Health in California and AgroParisTech and the Institut National de la Recherche Agronomique in Paris, France.

It was published in the International Journal of Epidemiology. The researchers found that people who ate large amounts of meat protein, which is a daily norm for many people, represented a portion of the human population that would experience a 60 percent increase in cardiovascular disease (CVD), while people who consumed large amounts of protein from nuts and seeds actually experienced a 40 percent reduction in CVD.

Doctor Colin Campbell. author of the “China Study”  discovered that animal protein (casein) can accelerate and “turn on” cancer, while plant based protein has the opposite effect.

“What I did during the early part of my career was nothing more than what traditional science would suggest. I made the observation that diets presumably higher in animal protein were associated with liver cancer in the Philippines. When coupled with the extraordinary report from India showing that casein fed to experimental rats at the usual levels of intake dramatically promoted liver cancer, it prompted my 27-year-long study The China Project, of how this effect worked. We did dozens of experiments to see if this was true and, further, how it worked.” – Dr Colin Campbell, (China Study)

Campbell is an American biochemist who specializes in the effect of nutrition on long term health. He is Professor Emeritus of Nutritional Biochemistry at Cornell University, he has a Ph.D. in nutrition, biochemistry, and microbiology. Scholars like Campbell and their work is so important in a world of medical education and academia that almost completely ignores nutrition.

Casein is the most relevant chemical carcinogen ever identified, make no mistake about it. (source)

Campbell went beyond mere correlation and found using animal studies he conducted that casein actually “turns on” cancer. When animals were fed a diet high in casein, the cancer increased dramatically. What’s even more interesting is when they decided to do a comparison using plant protein.

What we learned along the way is that we could turn on and turn off cancer. Turn it on by increasing casein consumption, turn it off by decreasing it or replacing it with plant protein. That was a really exciting thing that we could take nutrition and turn cancer on and off, I mean that, that was pretty startling. – Campbell (source)

We are the only species on the planet that consumes the dairy of another animal after weaning.  The reduction of lactase activity after infancy is a genetically programmed event. Approximately 75 % of Earths population is lactose intolerant for a reason, because it’s perfectly natural. We are not meant to drink the milk of another animal and we had to evolve the gene to digest it.  The statistics vary from race to race and country to country but overall they show an abnormal amount of individuals who qualify. In some Asian countries, 90 percent of the population is lactose intolerant.

It seems the big food companies convinced us that it’s a requirement, and that it’s healthy. They used protein and calcium (both of which are present in a number of plant sources, for example) as mass marketing tools to push dairy products on the population in order to turn a very large profit, all at the health expense of human beings.

This is one of multiple examples off mass perception manipulation.