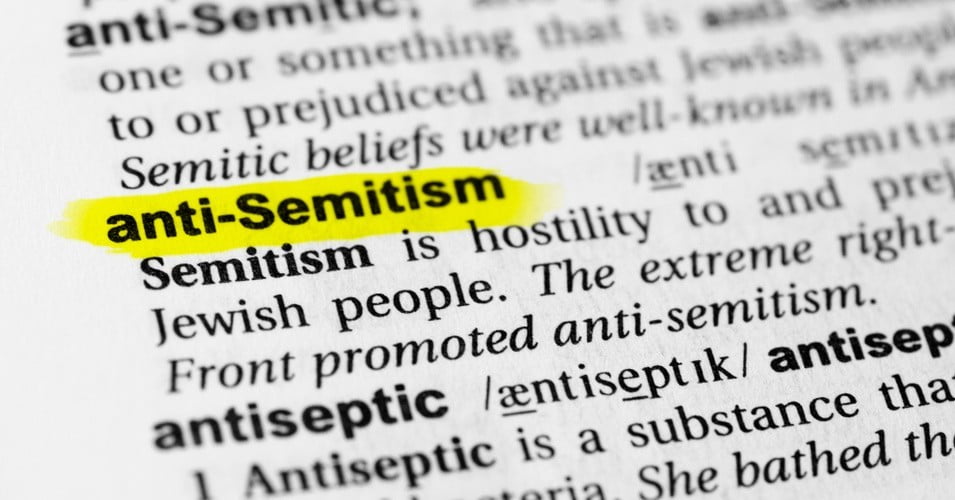 Human rights and free speech advocates responded with alarm Thursday to a Guardian report revealing that pro-Israel and right-wing lobbyists are encouraging Republican state lawmakers to pass legislation that could outlaw discussions about the Israeli government’s human rights abuses and occupation of Palestinian territory at all levels of the U.S. public education system under the guise of fighting anti-Semitism.

Concerns about the legislation relate to its wide definition of anti-Semitism that goes beyond protecting Jewish people from hate speech. According to The Guardian:

Among the activities that would be prohibited by the new laws are human rights investigations focusing specifically on Israel. Also banned would be any speech “demonizing Israel by … blaming Israel for all inter-religious or political tensions” or “delegitimizing Israel by … questioning Israel’s right to exist.”

The push began at a conference in August held by the American Legislative Exchange Council, ALEC, a conservative network which has a long history of propagating right-wing policies at state level through model bills.

The report stems from a pair of emails (pdf) that David Armiak, research director for the watchdog Center for Media and Democracy (CMD), obtained under a Freedom of Information request and shared with The Guardian.

ALEC states that it “does not work on social issues,” while providing a venue for extremists to share model bills or participate in meetings on what most would agree are social issues. See for example:https://t.co/niL7siFOEd#ALECExposed #protectdissent #ALECideas

ALEC, which did not reply to the newspaper’s request for comment, has a record of churning out right-wing model legislation on a variety of issues, from criminalizing environmental and animal rights activism to promoting the privatization of schools, gerrymandering, and union-busting.

Alluding to the organization’s history, writer Regina Schrambling shared The Guardian‘s report on Twitter with the introduction, “Today in ‘all evil leads to ALEC.'”

Florida Republican Randy Fine reportedly led a private meeting at the conference after pushing through the first anti-Semitism state law earlier this year.

Critics say Fine’s law “goes too far,” the Sun-Sentinel explained in an editorial in May. “Some of its provisions confuse anti-Semitism with criticism of Israel. That has profound constitutional problems, as the bill is plainly meant to be enforced throughout Florida’s public schools, colleges, and universities.”

Liz Jackson, a staff attorney with the group Palestine Legal, is Jewish and a critic of certain components of Florida’s law, which was passed amid rising rates of anti-Semitism attacks in the United States and around the world.

“It’s riding off the universally agreed idea that anti-Semitism is bad and must be stopped at a time of a frightening resurgence in white supremacist violence,” Jackson told The Guardian about the state law. “It’s extremely cynical to masquerade as fighting anti-Semitism when you are, in fact, shutting down criticism of Israel.”

The week after the ALEC meeting, Fine sent an email to state lawmakers; A.D. Motzen, national director of state Relations at Agudath Israel of America; and Joseph Sabag Israeli-American Coalition (IAC) for Action. Fine briefly outlined the Florida measure and encouraged the lawmakers to reach out to him and Sabag with questions about pursuing similar legislation in their states.

Sabag wrote in a response to the group that “my legal team has now taken Randy’s bill and refined it into a model that can be brought everywhere.” Sabag urged the lawmakers to contact him or Republican South Carolina state Rep. Alan Cemmons, who is ALEC’s national chairman and sponsored anti-Semitism legislation in his state, “and take advantage of our policy support if you are considering filing a bill.”

Contacted by The Guardian, Sabag said the emails “emerged out of an after-hours private gathering of friends and colleagues, not an ALEC function and ALEC held no such forum or discussion at its conference.” He also pushed back against the suggestion that IAC for Action was encouraging lawmakers to adopt the definition of anti-Semitism that’s provoked criticism, saying that his organization “provides legal analysis and policy resources in response to requests from legislators who wish to draw upon our subject matter expertise.”

“There is no doubt whatsoever,” Abunimah added, “that the Israel lobby is the greatest direct threat to free speech in the United States.”