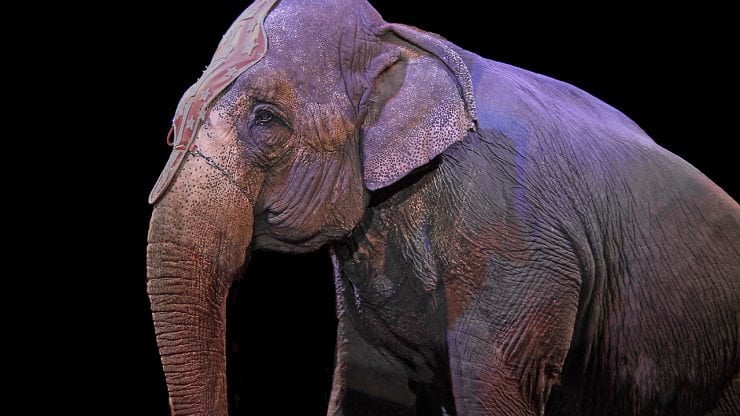 California has become the third state to bar most animals from circus performances under a new bill signed over the weekend by Governor Gavin Newsom.

A separate bill signed by the governor is the first of its kind in the nation, banning the sale and manufacture of new fur products. The law, which will kick into effect in 2023, follows Newsom’s signing of legislation that outlaws fur trapping.

In a statement, Newsom said:

“California is a leader when it comes to animal welfare and today that leadership includes banning the sale of fur.

“But we are doing more than that. We are making a statement to the world that beautiful wild animals like bears and tigers have no place on trapeze wires or jumping through flames.

“Just YouTube the videos showing the cruel way these animals—often stripped from their mothers as babies—are trained to do dangerous tricks. It’s deeply disturbing.”

In December, New Jersey and Hawaii both became the first states in the U.S. to issue legislation banning the use of circus animals, which campaigners have denounced as a systematized form of animal cruelty. The new measures ban all wild animal species including elephants, bears, tigers, lions, bears, and primates from circuses and traveling shows.

The law will exempt domesticated dogs, cats and horses and does not apply to rodeos.

Circuses have faced a major decline in popularity in recent decades. The Ringling Bros. and Barnum & Bailey Circus permanently dismantled its tents in 2017 after touring the country for 146 years.

The bill was hailed by both animal rights activists and legislators. State senator Ben Hueso, a co-author of the circus bill, said:

“This is a historic day for California, as we join the growing number of states and localities stepping up to implement similar bans on cruel circuses.

“I’m very proud of the work we’ve accomplished to close the curtain on circuses in our state that exploit these beautiful creatures.”

Animal rights group People for Ethical Treatment of Animals (PETA) thanked their 8,000 supporters for pressuring representatives to support the ban. In a statement quoted by Newsweek, the group said:

“This is a victory years in the making, one that wouldn’t have been possible without our supporters and activists everywhere.”

The fur ban will not apply to products used for religious or tribal purposes. The sale of leather, dog and cat fur, cowhides, deer, sheep and goat skin – as well as any other skin preserved through taxidermy – will also still be allowed.

Animal rights groups accuse the fashion industry and fur trade of subjecting animals to a range of inhumane actions to obtain the fur, including gassing and electrocuting animals.

Cassie King of the Berkeley-based animal rights group Direct Action Everywhere told Associated Press that it is confident that California’s law could set in motion similar bans in other states.

Over 40 countries around the world, with roughly half of them in Europe, have either totally banned or heavily restricted the use of wild animals for entertainment purposes in venues such a circuses or zoos.

Cassie King, an organizer with the group, said:

The fur industry – which relies on products from chinchillas, rabbits, mink, and other animals – could face significant damage from the groundbreaking ban in the nation’s most populous state.

@oliviamunn 🎉 WE DID IT 🎉 California just passed the first-ever statewide ban on fur! The new law will save thousands of rabbits, foxes, & other animals killed for fur 🦊🙌🐇 #AB44

Thank YOU for being a part of this incredible victory for animals ❤️ pic.twitter.com/yHWT2HXSXq

Industry voices who oppose the law claim that a black market could be created by the ban, which they have also tried to depict as a slippery slope to banning other products.

Opponents of the legislation have said it could create a black market and be a slippery slope to bans on other products.

In a press release, Fur Information Council of America spokesman Keith Kaplan breathlessly accused the governor of backing a totalitarian so-called “vegan agenda.” Blasting the bill, the industry spokesman promised that the industry would sue the state and added:

“Chalk this up as a victory for a radical vegan agenda using fur as the first step to other bans on what we wear and eat.

“In the end, there will be no positive impact on animal welfare.