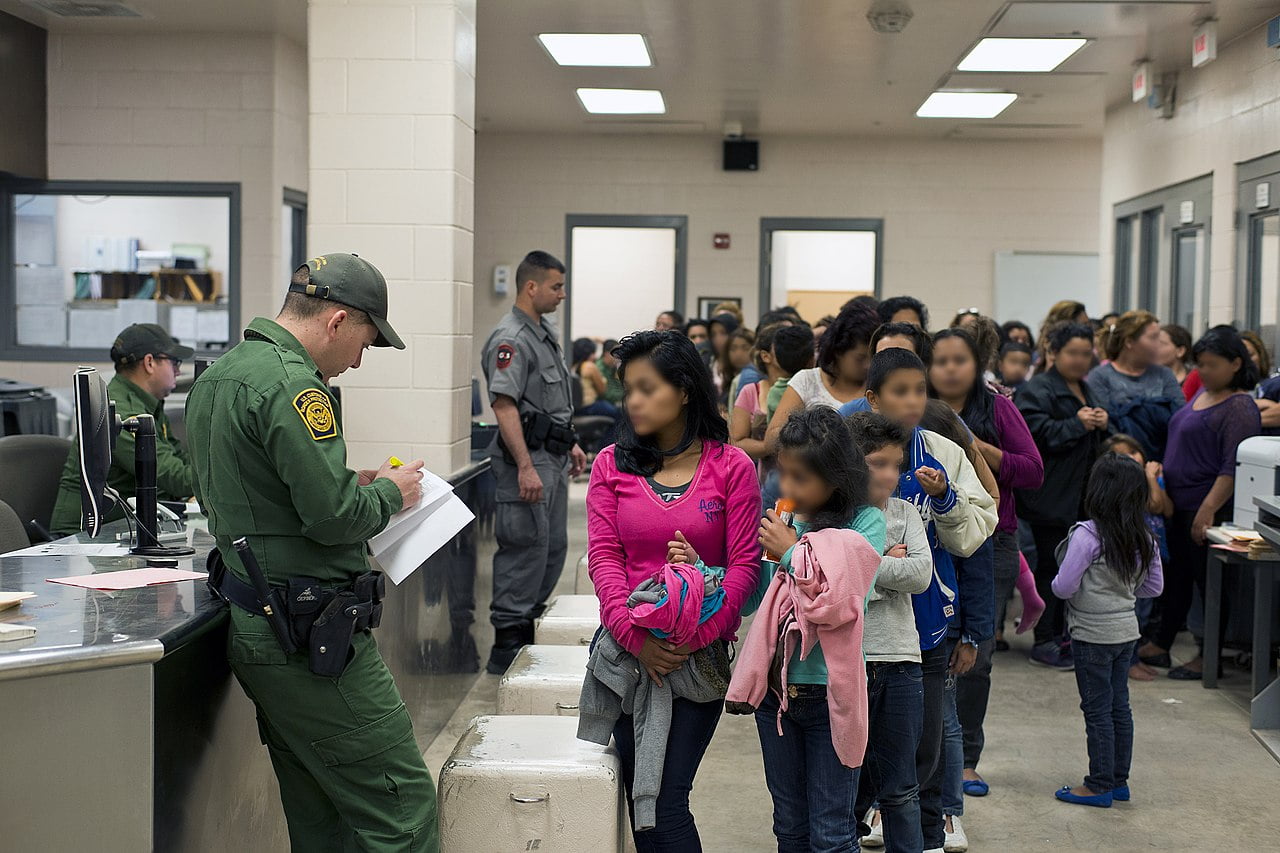 In questioning by Committee Chairman Senator Ron Johnson from Wisconsin, Mark Morgan, who was also the top official at Customs and Border Protection during the Obama administration, revealed that a new pilot program began using DNA tests at the border to determine if the children coming across the border were, in fact, related to the adult accompanying them.

Senator Johnson: “We really do not have time to determine, is that the father, or a human trafficker – is that his daughter, or his trafficking victim?”

Mark Morgan: “It’s a challenge.” “That is one of the largest pull factors, and it’s not going to stop. We’ve been talking a lot of stuff – should we improve on our care and equality of that? Absolutely. But we’re still not addressing  – that’s addressing the symptoms, and not the actual disease. And we need to stem the flow. And as long as our walls are already where they are, you’re going to grab a kid. That is your passport in the United States. They know that… and they’re exploiting that every single day.”

Senator Johnson: “I asked a question earlier about DNA testing. The few pilot tests we’ve had show what percentage of people coming in that we determine are fathers of the family? Do we have any sense of that right now?”

Mark Morgan: “We don’t have the overall percentage yet, but we do have the numbers right now from border control and it is 5800. And HSI, part of ICE, they’ve identified hundreds since their pilot program….”

As we have reported previously here at Health Impact News, we don’t have a major problem in the U.S. of separating children from their families at the border. We have a child sex trafficking problem, which is luring adults in the human trafficking business to bring children across the border, posing as their parents.

Secretary of State Mike Pompeo  recently delivered the Trafficking in Persons report, which is created annually by the State Department to document human trafficking in the year prior.

Geoff Rogers, co-founder of the United States Institute Against Human Trafficking (USIAHT), said in an interview with Fox News:

“The United States is the No. 1 consumer of sex worldwide. So we are driving the demand as a society.”

“We’re also driving the demand with our own people, with our own kids,” Rogers said. “So there are tremendous numbers of kids, a multitude of kids that are being sold as sex slaves today in America. These are American kids, American-born, 50 percent to 60 percent of them coming out of the foster care industry.” (Source.)

This assertion is confirmed by the State Department’s report, which found that children in foster care, homeless youth, undocumented immigrant children and those with substance abuse problems were especially at risk to fall into the human trafficking trap.

Rogers says that because the demand is so great in the U.S., traffickers are filling that demand with an increased supply of forced sex workers.

“Because of the demand, then these traffickers are filling that demand with supply. And the demand is so great here in the United States that they’re filling the supply with our very own kids,” Rogers continued. (Source.)

The problem of child sex trafficking should be a non-partisan issue, and the corporate “mainstream” media needs to stop portraying the problems with children at the borders as a problem with separating children from their parents.

We need to abolish the foster care program in its present form, and dismantle the pedophile networks luring children across the border.