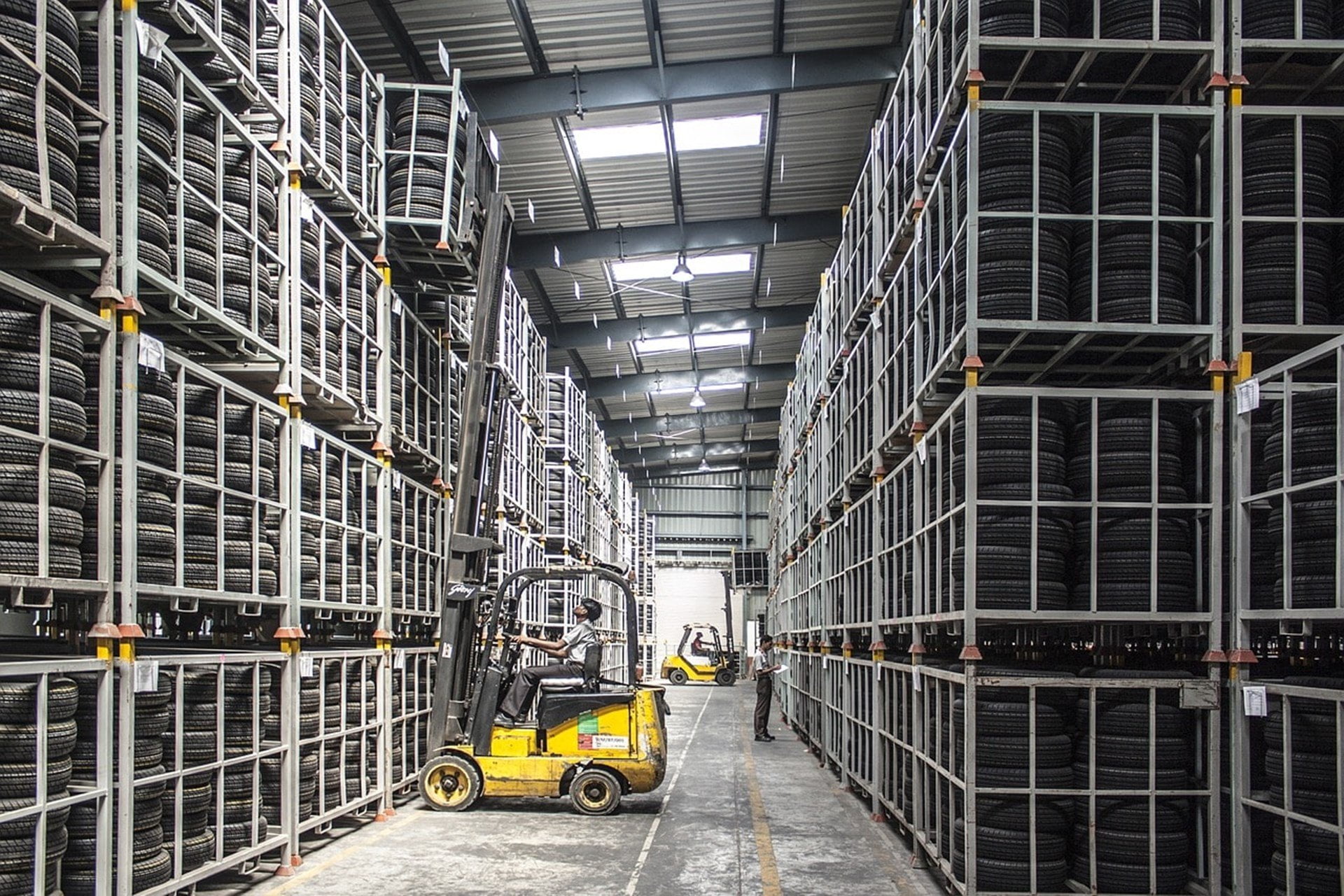 Capitalism has been the great engine of unimagined prosperity and unimagined improvements in worker conditions.

In the not so distant past, people didn’t work hard, but not for the reasons the ahistorical or socialists think. There were no happy peasants laboring a few hours in the fields and spending the rest of the day in leisure. They were starving and had no energy to work hard. Far from an idyllic life, watching one’s children suffer from malnutrition and being too weak to help must have been a hellish experience.

In his book The Great Escape, Nobel laureate in economics Angus Deaton explains the “nutritional trap” Britain’s population once experienced:

The population of Britain in the eighteenth and early nineteenth centuries consumed fewer calories than they needed for children to grow to their full potential, and for adults to maintain healthy bodily functioning and to do productive and remunerative manual labor. People were very skinny and very short, perhaps as short as at any previous (or subsequent) time.

Deaton explains how the lack of nutrition affected the body. Workers centuries ago were not strapping; a stunted body offered the best hope for survival:

Throughout history, people adapted to a lack of calories by not growing too big or too tall. Not only is stunting a consequence of not having enough to eat, especially in childhood, but smaller bodies require fewer calories for basic maintenance, and they make it possible to work with less food than would be needed by a bigger person. A six-foot-tall worker weighing 200 pounds would have survived about as well in the eighteenth century as a man on the moon without a spacesuit; on average there simply was not enough food to support a population of people of today’s physical dimensions.

The small workers of the eighteenth century were effectively locked into a nutritional trap; they could not earn much because they were so physically weak, and they could not eat because, without work, they did not have the money to buy food.

Two-hundred years ago some twenty percent of the inhabitants of England and France could not work at all. At most they had enough energy for a few hours of slow walking per day, which condemned most of them to a life of begging.

And then, everything began to change. Deaton explains:

With the beginnings of the agricultural revolution, the trap began to fall apart. Per capita incomes began to grow and, perhaps for the first time in history, there was the possibility of steadily improving nutrition. Better nutrition enabled people to grow bigger and stronger, which further enabled productivity to increase, setting up a positive synergy between improvements in incomes and improvements in health, each feeding off the other.

By the end of my teaching career, ahistorical undergraduate students were becoming disturbingly common. They did not know the hellish poverty the vast majority of humanity had endured for millennia. They didn’t believe the past could have been as brutal as writers such as Matt Ridley described in his book The Rational Optimist. Even worse, exposed to hard evidence, some students refuse to question their positions.

“Individuals, ignorant of economics and history, believe today’s cornucopia always has been.”

Camille Paglia explains that because “Everything is so easy now, [undergrads] have a sense that this is the way life has always been.” Paglia continues, “Because they’ve never been exposed to history, they have no idea that these are recent attainments that come from a very specific economic system.”

Capitalism, she continues, has “produced this cornucopia around us. But the young seem to believe in having the government run everything.”

Individuals, ignorant of economics and history, believe today’s cornucopia always has been. It is understandable why they might be enamored with their favorite democratic socialist. Believing they will get to keep their cornucopia, they dream of obtaining even more as a socialist government passes seized wealth on to them. Perhaps also they dream of the world, promised by socialists, where they work less.

Should Government Reduce the Hours We Work?

The democratic socialist Jacobin magazine argues we work too many hours and blames capitalism for this “problem.” They wonder, “how would we organize time differently if we were free from the demands of capitalism?” Writing in the Jacobin, Matt Bruening calls for forced reductions in the hours Americans work:

There is a good case for redistributing the work in the US a bit more broadly. The best way to do that would be to decrease the amount of hours people currently employed have to work by providing more holidays, vacation, paid leave, and sick leave, and then increasing the ability of others to work by providing social care for children, the elderly, and the disabled and by implementing active labor market policies.

Ann Jones, writing in Salon, claims “American capitalism has failed us,” in part because we are “overworked.” Jones was a correspondent in Afghanistan. Returning to America, she imagined she saw similarities between Afghanistan and America: “It felt quite a lot like stepping back into that other violent, impoverished world, where anxiety runs high and people are quarrelsome.”

Jones longs for what she sees as a Scandinavian utopia, where they work “at producing things for the use of everyone—not the profit of a few.” What Jones refuses to understand is that Scandinavians say theirs is a capitalist economy.

Capitalism Has Made Work Good

Contrary to mythology, 19th-century factory jobs were great jobs; today’s jobs are even better. Writing in Reason, Arthur M. Diamond Jr. shares the testimony of an eight-year-old English girl who worked 14 hours a day on a farm: “It was like heaven to me when I was taken to the town of Leeds and put to work in a cotton factory.”

The move from the farm to a better life in the factory was true in America, too. In my FEE essay “Stephen Hawking’s Final Warning: Why His Worries Were Unwarranted,” I tell the story of Lucy Larcom, a 19th-century American poet who, at age 11, out of economic necessity, worked in the textile mills of Lowell, Massachusetts:

In Lucy’s book, A New England Girlhood, she writes of her experience at the mill. In the mill, she encountered other poets, singers, and writers who, like her, were hungry for education and eagerly attended the Lyceum lectures of the day.

She couldn’t have imagined today’s America—a much higher standard of living with fewer mill workers and more people pursuing their dreams. Yet, she was keenly aware that her world was already changing. “Things that looked miraculous” to her parents were commonplace to her.

“Our attitude—the attitude of the time,” wrote Larcom, “was that of children climbing their dooryard fence, to watch an approaching show, and to conjecture what more remarkable spectacle could be following behind.”

“All was expectancy.” Larcom added, “Changes were coming. Things were going to happen, nobody could guess what.”

If you believe such testimony is merely anecdotal, Diamond relates that

Charles Dickens, famous for defending the poor in his bestselling novels of the mid-1800s, praised the clean, comfortable working conditions of former farm girls in a Boston textile factory.

Farm work was more exhausting and more dangerous. Those, like Lucy Larcom, seized the opportunity of a better life.

Diamond observes that entrepreneurial capitalism “has a long history of creating new, better jobs and also of nudging old jobs toward the challenging, meaningful peak of [Maslow’s] hierarchy of needs.” Diamond gives an excellent 19th-century example:

An early specific example of innovative dynamism improving jobs happened when kerosene replaced whale sperm oil for high-quality lighting. Collection of sperm oil required the collectors to spend days scraping spermaceti from the brain cavity of the decomposing carcass of a huge whale. Work in oil fields was far from perfect, but it was better than work in decomposing brain cavities.

Similarly, building and repairing refrigerators is better and higher-paying work than was the dangerous work of harvesting ice in brutal temperatures.

If progress continues, those living in the future, using the yardstick of their own time, might write of today’s “deplorable” working conditions and working hours. Such is progress. Capitalism has been the great engine of unimagined prosperity and unimagined improvements in worker conditions.