Prepare For Change
Home ARCONTES Those 11,000 “scientists” warning about an impending “climate emergency” are just “11,000... 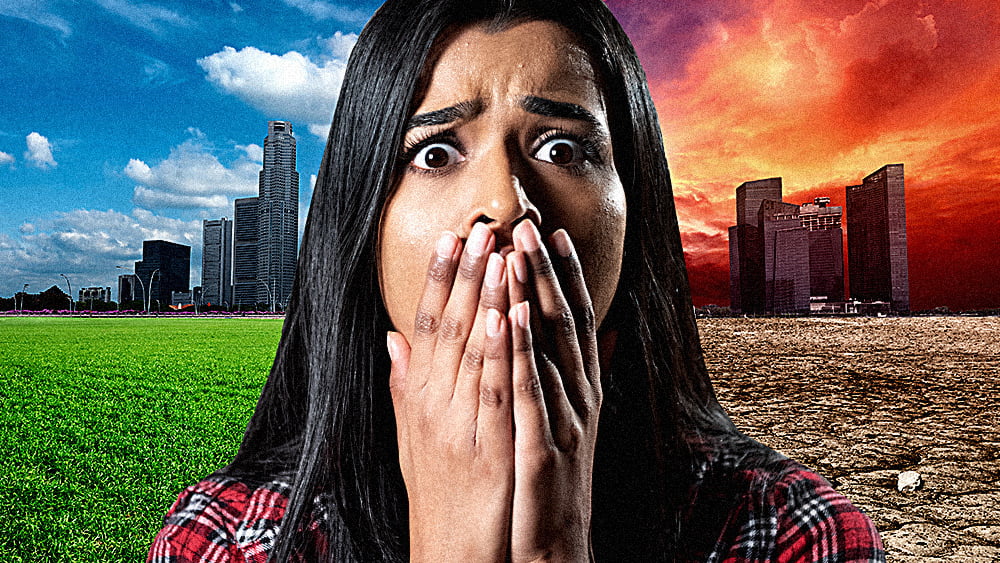 Scientific “consensus” is a popular buzzword commonly used by climate fanatics to “prove” that man-made climate change is a real thing. But is there really even a consensus as these hysterics claim? Not even close.

As it turns out, the climate lobby loves to pull its “facts” right out of thin air, including the newly minted fiction that “More than 11,000 scientists declare ‘climate emergency.’” While this regurgitated mainstream media headline is pretty cut and dry, the claim it makes is patently false, we’ve now learned.

Just like the Greta Thunberg hoax, the notion that more than 11,000 actual scientists are suddenly lamenting an impending “climate emergency” has absolutely no basis in reality.

In truth, these 11,000 “scientists” are actually just 11,000 ordinary people who were duped into believing that cow farts are destroying the planet, and subsequently responded by signing their names on some website.

According to radio talk show host Rush Limbaugh, some “buddies” of his over at the group Power Line were the first to discover that these 11,000 so-called “scientists” aren’t actually scientists at all, despite what fake news media outlets like NBC, CNN, The Guardian, and Al-Jazeera continue to claim.

“There was no study; there was just a press release,” Limbaugh explained on his program. “And it wasn’t 11,000 scientists; it was 11,000 random people who put their names on a website. This was a total managed lie. There was no study. There were no scientists.”

In other words, the whole thing was contrived out of nowhere to push the lie that scientists have somehow reached a “consensus” about a so-called “climate emergency” that, in truth, doesn’t actually exist.

“People went on a Web page and asked others reading it to put their signature on it. That was then presented as a scientific paper,” Limbaugh went on to explain.

“It’s kind of like these two skeletons that put together Center for Science in the Public Interest that banned coconut oil, MSG. They weren’t scientists. They were just a couple people that didn’t want you to eat what you wanted so they created an icon, got a fax machine, got the media going. It was all made-up stuff.”

For more related news about the climate change hoax, be sure to check out Climate.news.

Facts: Coconut oil is healthy for you, and there is no “climate emergency”

Limbaugh brings up a good point about that whole coconut oil fiasco, which as you may recall similarly involved “scientists” vilifying this healthy fat as “dangerous” in order to push their own agenda.

Just like with climate change, the excuse of scientific “consensus” was used as evidence to falsely declare coconut oil as a public health menace.

It’s really important that people recognize what’s going on here with all of this, as “consensus” is what’s being used on multiple fronts to eliminate Americans’ freedoms and liberties.

In the case of the coconut oil fiasco, it’s about driving the public to consume unhealthy industrial chemicals instead of natural healing fats. In the case of climate change, it’s about micromanaging people’s lives down to the foods they choose to serve their families for dinner.

If the climate fanatics are successful – and they openly admit their scheme, including in this climate “study” that was endorsed by 11,000 “random people” – humans will no longer be allowed to eat meat. Everything in your meal regimen will need to be “plant-based.” You won’t be able to drive a gas-powered vehicle anymore. And most of your earnings will end up being stolen from you to pay for “carbon credits.”

“On the other hand, 31,500 climate and related fields scientists wrote and SIGNED their names to THEIR climate report to the UN’s IPCC, which REFUTED the IPCC and AGW religious fanatics, in 2012,” noted on WND commenter about how there’s actually a scientific consensus against the notion of man-made climate change.