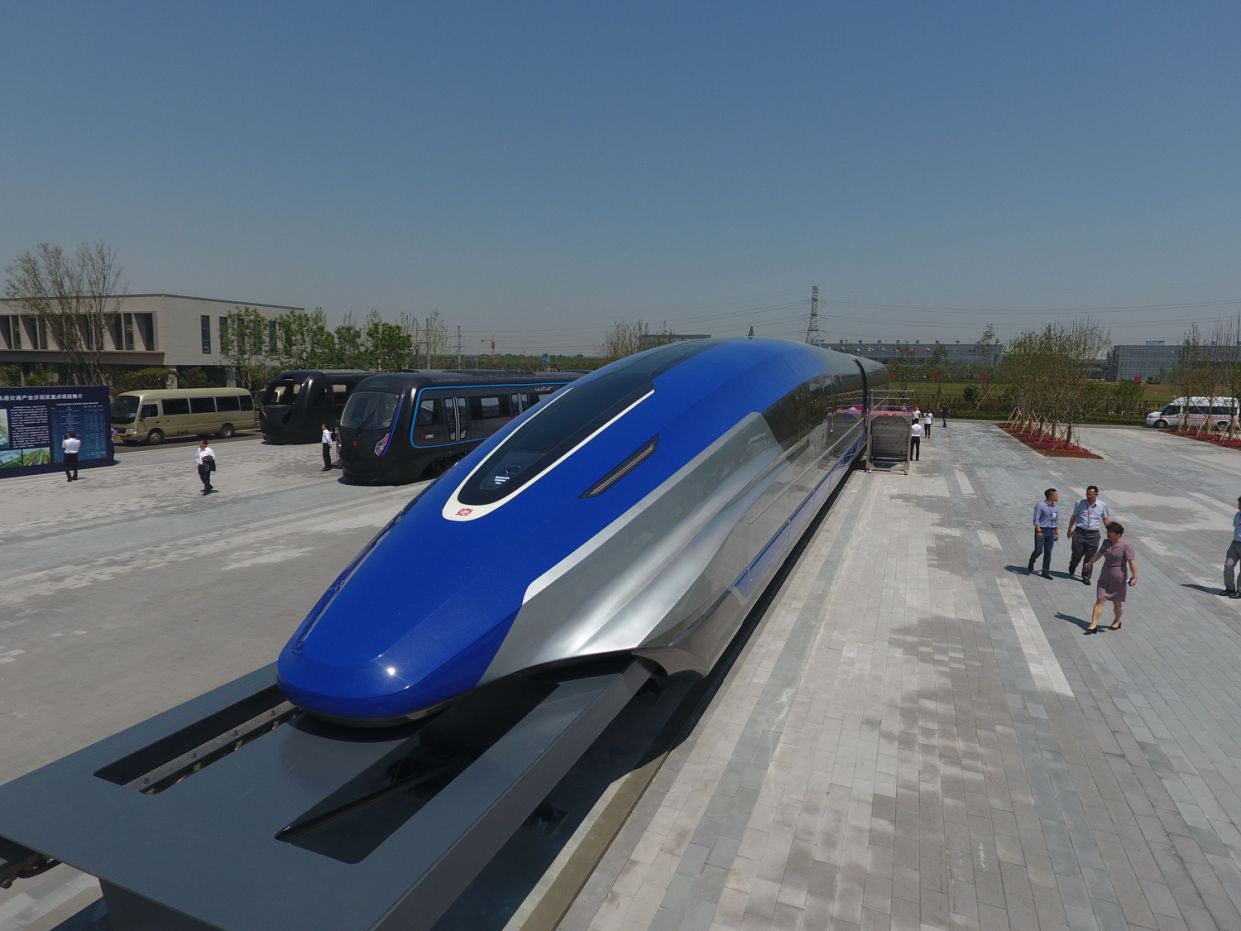 Planes are our first choice when it comes to traveling to far off places. It’s faster and helps us save precious hours. But what if there comes a train that travels faster than airplanes? China Railway Rolling Stock Corporation has recently put forward the idea of a superfast ‘maglev’ train. ‘Maglev’ refers to the process of levitating trains off their tracks. Magnetic repulsion is used to keep the train off the ground and keep pushing it forward. The loss of friction between the wheels and the tracks helps trains achieve astonishing speeds. The train floats on a cushion of air with the 2-inch gap between the body of the train and the magnetic tracks. CRRC’s Maglev bullet train is expected to hit speeds of 373mph which will put it as a faster mode of transport than even airplanes. The prototype of the train was unveiled this May in Qingdao, China. The idea was first announced in 2015 by CRRC and they have produced their prototype rather fast. The company plans to start production and launch the train to the masses by 2021.

A simpler way to understand the speed difference between the Maglev train and the airplane is: A trip from Beijing to Shanghai takes 5.5 hours if you’re traveling in high-speed trains. The same takes 4.5 hours via plane. But this maglev bullet train will take just 3.5 hours! An hour more to explore the city maybe?