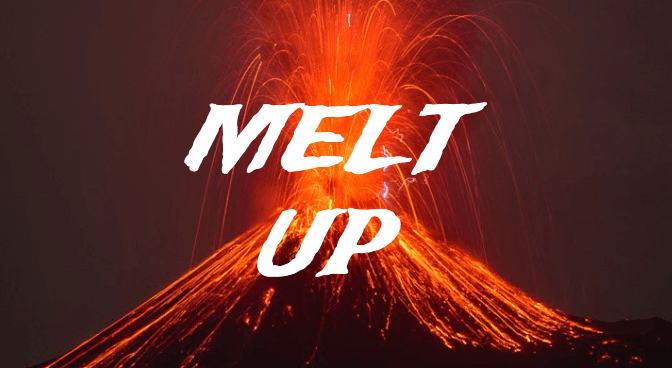 Since the Sept repo crisis, the Fed has injected $213BN in O/N and term repos, and $132BN via Bill purchases. It is expected to inject another $500BN in the next month pic.twitter.com/4I1fXBtrl9

One of the mistakes of zero-interest-rate policies is to believe that it helps companies and governments reduce their debt burden. ZIRP incentivizes reckless spending and more debt. pic.twitter.com/voEravOS35

One thing has been bothering us for six years. How can so many economists and economic commentators dismiss the ever-increasing market meddling of central banks so lightly?

The first time we warned about this possible threat to financial markets was in December 2013. In the report, we wrote:

There is a serious possibility that the measures taken by the central banks have already created a situation in which theiractions increase rather than decrease financial instability. This is due to the fact that if the actual price of an asset does not meet its market–based value, the true level of risk is not properly revealed.

The continuing turmoil in the repo-market, first triggered on 16 September, is the most recent and probably the most worrying example of this.

There has been a lot of speculation about its origins. In this post we explain why we consider the repo-problems to be the first sign, a symptom, of the financial calamity we’re about to face.

The global financial crisis (GFC) or “Panic of 2008” was a shock not just to bankers, but also to economists—not to speak of ordinary citizens. It was a massive failure of risk-hedging in the financial sector, combined with both regulatory failures and dangerous and deeply-embedded incentives. We  summarized the factors leading to the crisis in our blog: 10 years from Lehman and nothing has been fixed.

While the extraordinary measures used to stop the crisis from mutating into a systemic meltdown can be considered appropriate, the fact these measures were continued cannot. In retrospect, the U.S. did recapitalize, merge and permit the failure of some banks, but Europe choose the exact opposite approach:  undercapitalized and ailing banks were left standing.

However, the most crucial mistakes were made after the GFC on both sides of the Atlantic. The hidden virtue of crises and recessions is that they remove both unproductive firms and financial excess, creating space for more productive firms and fresh financial investment. This was not allowed to happen post-GFC. This also explains why the economic recovery from the crisis was so weak.

But the financial sector got the worst treatment.  One major central bank after another enacted zero or negative interest rate policies and started asset purchase (QE) programs run through the commercial banks. In the U.S., the Fed purchased securities from authorized Primary Dealer banks by crediting reserve balances to the Fed accounts associated with each dealer counterparty.

These intermediary banks paid the sellers of bonds (households, funds, banks, etc.) and the Fed compensated the banks with reserves.  In practice, the Fed forced excess reserves onto the balance sheets of banks far beyond levels they would have acquired independently.

Because of the higher supply of reserves system-wide, their marginal benefit decreased, bidding-up the prices of various securities. This led the banks to issue additional and often riskier loans until the balance of the marginal benefits was restored. Also, because QE and low policy rates depressed long-term rates, many of the securities that the commercial banks held had no yield advantage over reserves, making the banks more likely to substitute less-liquid securities with more credit risk.

The Never-Never (financial) land of post-GFC

QE created overdemand for investment-grade assets and excess liquidity in the financial markets by introducing central banks as a persistent buyer. This overdemand led to a relentless hunt for yield, to spread compression, and to artificially-inflated prices across the entire spectrum of the asset universe (see Figure 1).

Quantitative tightening, or QT, attempted globally for the first time from August to November of 2018, created an oversupply of investment-grade bonds which lead to a flight to quality, to spread dispersion and to asset price deflation. It also removed the excess liquidity from the financial markets created by QE by introducing a persistent seller. 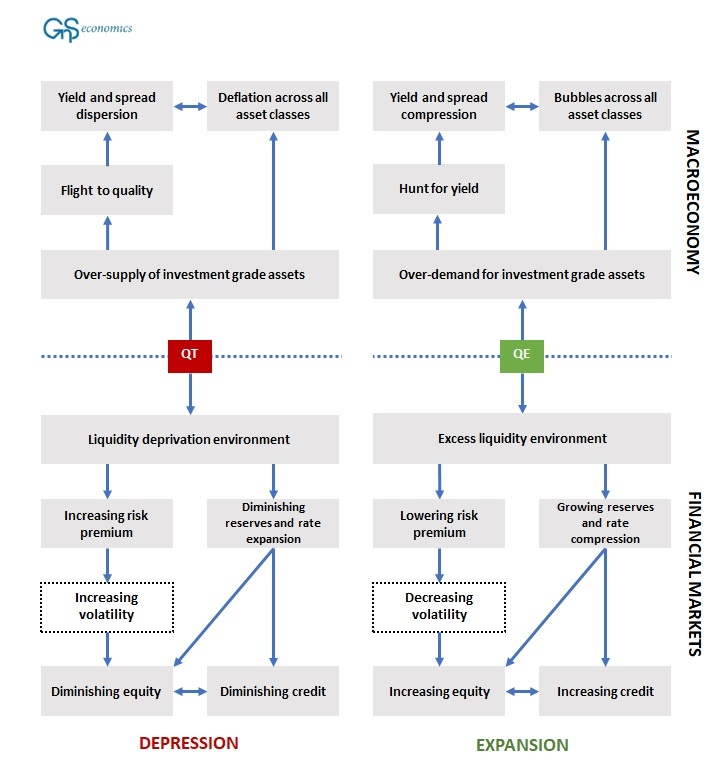 Figure 1. The causative channels of quantitative easing (QE) and quantitative tightening (QT) in the macroeconomy and in financial markets. Source: Q-Review 1/2018

In December 2018, it became clear that the financial markets were unable to tolerate a balance sheet run-off by central banks. Markets declined abruptly and forced the PBoC to inject record amounts of liquidity into the markets, and the Fed to make an immediate 180-degree turn in its monetary policy. Yet, overall, global QT essentially continued through the 2019 until the repo-markets broke in September (see Figure 2).

This time around, central bankers learned their lesson with the Fed and ECB returning to QE programs (although the Fed insistently characterized its T-bill purchase program as “Not QE”). In case you have wondered what a central banker’s panic looks like, it can be seen in the latter part of Figure 2. 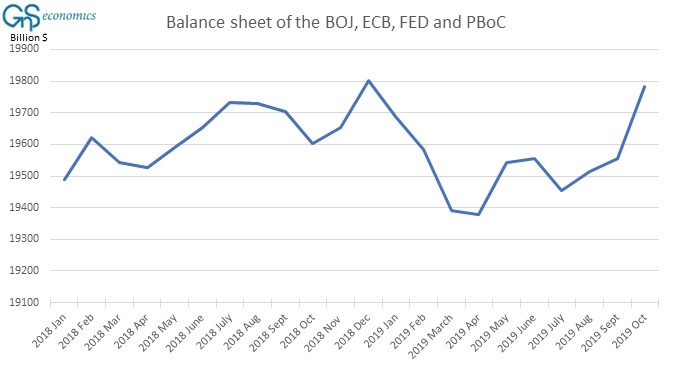 The repo-market as a harbinger

On the 16th of September, rates in the repo markets spiked by 248 basis points to more than double of the overnight rate set by the Fed. Panic was imminent, as the over $4 trillion repo-market is used by big institutional investors to satisfy their short-term demand for liquidity. If rates stay elevated for an extended period of time, highly-leveraged institutions start to fail and trust in financial markets and the banking sector is likely to shatter.

So, what happened? There are a lot of theories, but this is what we know.

The interbank market never recovered from the Panic of 2008. Banks demand collateral for their loans to other banks, which has shifted more of the ‘action’ to the repo-market, increasing its role. During 2018 and 2019, the four big banks of the U.S. became the dominant lenders in the repo-markets. So, any change in their ability or willingness to lend to the repo-market will cause an imminent shortage of funding and sky-rocketing interest rates. Banks have also been hoarding Treasuries, shrinking their availability.

Yet, the main issue is likely to be the fact that QE programs fundamentally altered the balance sheets of banks as well as their money-market activity.

QE accustomed banks to holding large amounts of excess reserves, which provided a reliable source of interest income. When QT started to reduce reserves, they replaced them with another reliable source, Treasuries, which acted as a hedge on their balance sheet against riskier lending practices and securities holdings induced by QE programs.  Obtaining a hedge against riskier assets and loans (loan portfolios in particular take a long time to adjust) becomes especially important, if the economic outlook is expected to worsen—as it is presently.

We cannot, of course, be absolutely certain that this is what drove big banks to Treasuries, but it seems plausible. QE has distorted both bank balance sheets specifically and the financial markets more broadly. These factors, combined with decreased money-market activity of banks—explained here in detail by the BIS—has likely made the ‘Big 4’ wary of lending to the repo-market, if even a hint of potential loss exists.

The behavior of hedge funds is also the end-result of massive central bank interference in the global capital markets.  When the yields of practically every financial asset class are squeezed to near-zero (or less!) due to artificial liquidity from the central banks, leverage becomes the only way to obtain  yield sufficient for fixed-income investors.