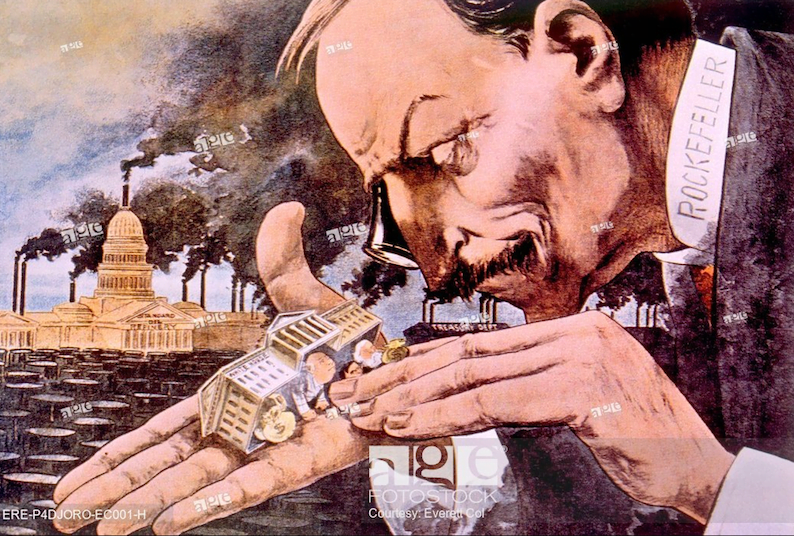 The main perpetrators are the central bankers

The public has become disillusioned of lies and deceptions from politicians

Public opinion has turned against the politicians

By Peter B. Meyer,

Clandestine Power hierarchy around the world

The control over the world and of global politics, by the wealthiest families of the planet is exercised in a powerful, profound and clandestine manner. This control began in Europe and has a continuity that can be traced back to the time when the bankers discovered it was more profitable to give loans to governments than to needy individuals. These banking families and their subservient beneficiaries have come to own most major businesses over the past two centuries, during which time they have secretly enriched themselves and increasingly worldwide organised as

controllers of governments and arbiters of war and peace.

The power structure began with the Illuminati who are based in Europe, which is where their power base has always been. While, America was basically considered as their “mission field” or the “land of opportunity” by those whose roots extend for hundreds of years or more into the ancient European dynastic bloodlines.

This is why their power hierarchy around the world, whether in the U.S., Asia, Australia, Canada, or elsewhere will always point back to Europe, where the 13 bloodline rulers – called the “lords” – are based. Each ruler represents an area of Europe held under his sway; and each one represents an ancient dynastic bloodline.

For example, the Hapsburg bloodline – Merovingian – is still active in Europe, although hidden, as well as the Rothschild and Battenberg bloodlines. In many modern European countries, the heirs of these bloodlines are immensely wealthy and secretly, they are the “power behind the throne”, if not the actual rulers. 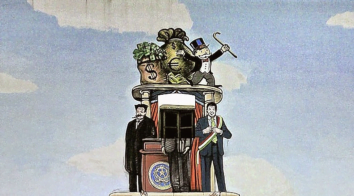 This is one reason why those of high Illuminati rank/descent in the U.S., for  example, can always trace back their bloodline or parentage to members of this ruling cabal in Europe; members of leadership councils in the States are always direct descendants, whether legitimate or illegitimate.

Whether at the lowest levels, or the highest, though, this group operates with the same methods: instilling intense fear and terror to control their members. Often this is done through the fear of death, and at the core level, the person who has undergone their training will have an immense fear of dying because of the “death and resurrection” experiences, or near death experiences, that they have undergone.

During these experiences, the very young child or even infant core will be faced with intolerable choices: to allow themselves to be extinguished, or to embrace the demonic and the beliefs of those in their bloodline parentage. This is dissociation at its deepest level, since the desire to survive is one of the deepest instincts that God has given us, and will override intellect, cognition, and even well-thought out beliefs in an adult-much less in a very young child. When faced with certain death and terror, or life, albeit at a price that is much too high, the infant or child almost always chooses life.

They have destroyed diversity in government, banking, business, the media, medicine, and virtually every other aspect of society. Organisations like Common Purpose are there to eliminate diversity of thought and perception among those who administer these institutions of government and law enforcement. They are targeting the destruction of ‘cultural’ diversity and consequently society. 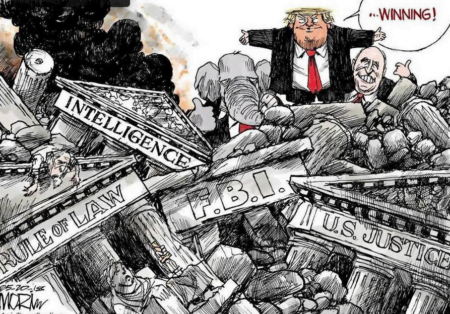 Unless people understand this, they will be unable to comprehend the real reasons for all the manipulations, the two world wars and an intended Third World War, a war that will be the Deep State’s attempt to survive their demise – to be helped by the EU politburo in Brussels and NATO – with the ultimate aim of seizing control over Central Asia. The only way out is to awake and back off, as an actual fact, as the awaken people of the world want, but contrary is for the power elite.

The main perpetrators are the central bankers

Purposely, the faulty monetary policies, economic policies, and political policies have caused this ongoing economic crisis, and they continue to this day. The primary perpetrators are the central bankers, led by the FED, first by Greenspan, then Bernanke, Janet Yellen and now by Jay Powell, obediently followed in lockstep by Mario Draghi and now Christine Lagarde of the ECB.

Today, more and more people around the globe are waking up to the new emerging reality and insight, that what has been taught to us historically, socially and what we have been raised to believe politically as the truth, is but an example of outright claptrap. Recent trends and polls have documented this shift in worldview consciousness, consistently showing a growing distrust toward governments and their politicians in both the US and Europe. 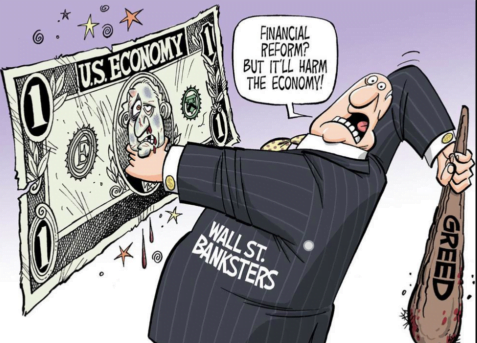 Government’s determination and goal is over and again, everywhere you look, the breakdown of society, instigating conflicts to eliminate cohesion, the result being, fear, stress and loss of identity and direction. As fear and stress close people’s energetic centres that otherwise could be used as a weapon against them. But we need to reconnect to our inner knowingness and embrace our sense of freedom through consciousness and the knowledge that we are a major force against the Deep State, and are able to eradicate them from our society. Consider: The well-being of people can only be achieved through personal goal-oriented effort at their own responsibility.

The public has become disillusioned of lies and deceptions from politicians

Additionally, upcoming UK-elections will be decided by the people, and not, as before, where special forces were employed to fight for competing corporate mafia factions. These corporate factions – banks and big business – have been lowering our living standards by stealing from the population ever since the early 1970’s, when the US-dollar went off the gold standard.

The public has become disillusioned and wary of the constant flow of lies and deceptions from politicians, backed by the false and negative mainstream media reports, with news coverage that adheres to corporate agendas, which is a blatant understatement. 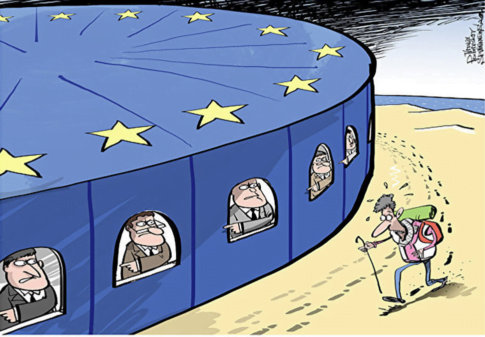 People see their world changing and they want to understand what is happening, and why. They want to be informed so that they can be prepared. They want the freedom to make educated choices, instead of being told what to do by corrupt individuals and institutions that lie and deceive constantly, and have led them into chaos.

Euroscepticism is rising across Europe because it is obvious that the leadership in Brussels, directly controlled by German Chancellor Angela Merkel and her Rothschild slave Macron, is devoted to the EU-Project first and the needs of the European populace last. Now, people want to protect their local communities from dying as a consequence of the political parties over-promising and under-delivering results. Brussels makes ever more bizarre and complex laws to stifle innovation and growth, the mood is favouring change, the earlier the better.

Public opinion has turned against the politicians

Most politicians are commonly bribed by the Deep State, forcing them to dance to their music for fear of public exposure for anything from financial fraud to paedophilia. Be convinced they don’t represent the interest of the people as they should do. Look at Brexit for example, how Theresa May followed by Jeremy Corbyn for three straight years has obstructed Britain’s exit from the EU. May constantly said one thing, while doing the other. When she said we will follow the will of the people, it is meanwhile clear that she always did the opposite.  Theresa was working for the EU-cabal and not for the people. She clearly misjudged the mood of the British people. 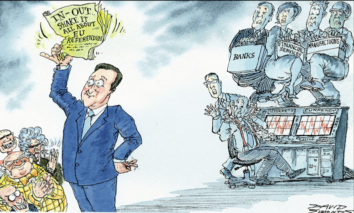 She didn’t care what the people were saying. She went stubbornly ahead with the EU-plan as has been instructed in Brussels. Because the Rothschild central bank ECB wants to hold onto their power at all costs. They have assembled every bribery trick and blackmail trap available to let Parliamentarians put the country into a state of chaos and panic. In the interim, the public opinion has turned against the politicians, despite the propaganda made by the Deep State owned mainstream media. In preparation for Brexit the Monarchy and the top of the British Army are aligned to Sovereignty, which has made a No Deal Brexit on the 31st of January next a done deal.

Because the patriots have united Nigel Farage with Boris Johnson to integrate his Brexit party into the Conservative party assuring a majority government after the upcoming Dec. 12 elections. Enabling them to Leave the EU per 31st of January 2020. This certainly will be the beginning of the end of the EU as amongst others Italy and probably Greece and Portugal will follow suit. 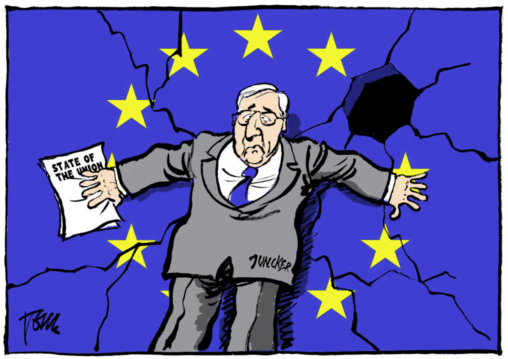 The clowns in Brussel are starting to realise that BREXIT is going to happen, no matter what. They will undertake anything to stop it. But it is too late in the process, they are not being able to stop BREXIT.  Trump and the Patriots are supporting this process and guide Boris Johnson wherever is necessary.