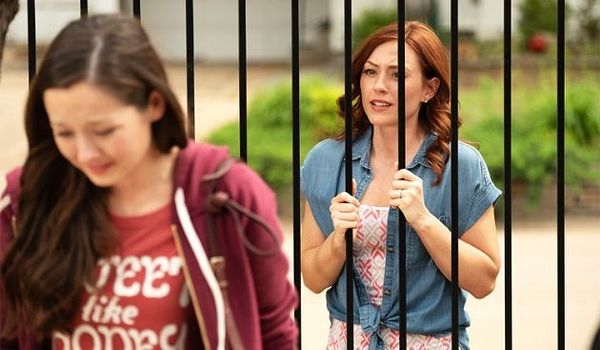 In March 2019, major anti-abortion film written and directed by Cary Solomon and Chuck Konzelman was released in the United States by Pure Flix, based on the memoir, Unplanned, by Abby Johnson. The film received high ratings and was a box office success. One website reported in August, 2019 that it was the number one selling DVD on Amazon.

As LifeSiteNews reports, however, the film was blocked from screening in Canada until June of 2019. And even when it as finally about to be shown in movie theaters, three independent theater owners received death threats, causing one of them to back down. A third stated that he was “harassed in the extreme”.

The film is very dramatic, showing the metamorphosis of a Planned Parenthood clinic director into an effective pro-life advocate, who puts herself on the line to dissuade women from doing what she herself and thousands of others did in that very location.

The film also reveals the behind-the-scenes operations of Planned Parenthood—an operation, which, although supposedly providing “family planning” of all kinds, in fact puts its stock in abortions above all, as the most lucrative “service”.

The film received an “R” rating from the MPAA, as they said because of the graphic abortion scenes. The producers, surprised by a rating usually given for graphic sex and violence (which the film does not have), nevertheless decided not to remove the scenes in question. They commented:

We consider the MPAA’s current standards to be deeply flawed, insofar as they allowed scenes of remarkably graphic sex, violence, degradation, murder and mayhem to have a PG-13 rating, whereas our film, highlighting the grave dangers of abortion in a straightforward manner, is considered dangerous for the American people to view.

Ken Rather, Vice President of Distribution at Pure Flix, made a similar comment:

[A] 15 year-old-girl can get an abortion without her parent’s permission but she can’t see this movie without adult supervision? That’s sad.

Despite the fact that the film is based on the true memoirs of a living person, Google listed the film as “drama/propaganda” in search results for a period of time. Only Fox News and the Christian Broadcasting Network agreed to air ads.

With the growing pro-life activism in Russia, a Vimeo version with Russian subtitles was made and can be found here.