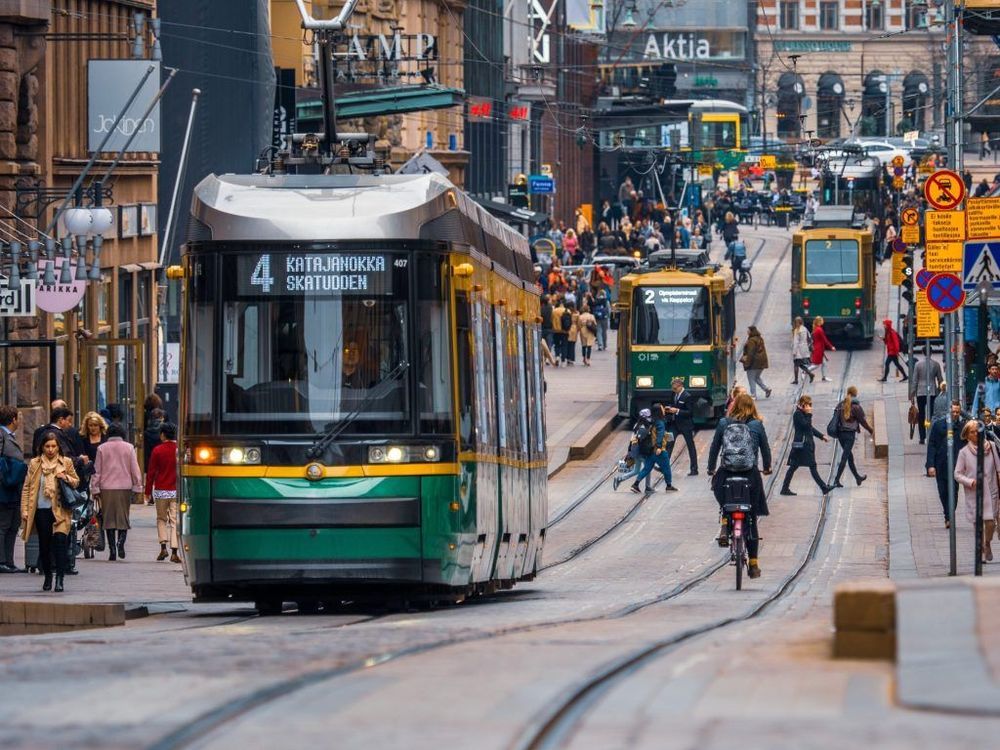 In Finland, the number of homeless people has fallen sharply. The reason: The country applies the “Housing First” concept. Those affected by homelessness receive a small apartment and counselling – without any preconditions. 4 out of 5 people affected thus make their way back into a stable life. And: All this is cheaper than accepting homelessness.

Read this article in German here.

In 2008 you could see tent villages and huts standing between trees in the parks of Helsinki. Homeless people had built makeshift homes in the middle of Finland’s capital city. They were exposed to harsh weather conditions.

Since the 1980s, Finnish governments had been trying to reduce homelessness. Short-term shelters were built. However, long-term homeless people were still left out. There were too few emergency shelters and many affected people did not manage to get out of homelessness: They couldn’t find jobs – without a housing address. And without any job, they couldn’t find a flat. It was a vicious circle. Furthermore, they had problems applying for social benefits. All in all, homeless people found themselves trapped.

But in 2008 the Finnish government introduced a new policy for the homeless: It started implementing the “Housing First” concept. Since then the number of people affected has fallen sharply.

Finland has set itself a target: Nobody should have to live on the streets – every citizen should have a residence.

And the country is successful: It is the only EU-country where the number of homeless people is declining.

How everyone is given residence in Finland

It is NGOs such as the “Y-Foundation” that provide housing for people in need. They take care of the construction themselves, buy flats on the private housing market and renovate existing flats. The apartments have one to two rooms. In addition to that, former emergency shelters have been converted into apartments in order to offer long-term housing.

“It was clear to everyone that the old system wasn’t working; we needed radical change,” says Juha Kaakinen, Director of the Y-Foundation.

Homeless people turn into tenants with a tenancy agreement. They also have to pay rent and operating costs. Social workers, who have offices in the residential buildings, help with financial issues such as applications for social benefits.

Juha Kaakinen is head of the Y-Foundation. The NGO receives discounted loans from the state to buy housing. Additionally, social workers caring for the homeless and future tenants are paid by the state. The Finnish lottery, on the other hand, supports the NGO when it buys apartments on the private housing market. The Y-Foundation also receives regular loans from banks. The NGO later uses the rental income to repay the loans.

“We had to get rid of the night shelters and short-term hostels we still had back then. They had a very long history in Finland, and everyone could see they were not getting people out of homelessness. We decided to reverse the assumptions.” (Juha Kaakinen, Director of the Y-Foundation)

The policy applied in Finland is called “HousingFirst”. It reverses conventional homeless aid. More commonly, those affected are expected to look for a job and free themselves from their psychological problems or addictions. Only then they get help in finding accommodation.

“Housing First”, on the other hand, reverses the path: Homeless people get a flat – without any preconditions. Social workers help them with applications for social benefits and are available for counselling in general. In such a new, secure situation, it is easier for those affected to find a job and take care of their physical and mental health.

The result is impressive: 4 out of 5 homeless people will be able to keep their flat for a long time with “Housing First” and lead a more stable life.

In the last 10 years, the “Housing First” programme provided 4,600 homes in Finland. In 2017 there were still about 1,900 people living on the streets – but there were enough places for them in emergency shelters so that they at least didn’t have to sleep outside anymore.

Creating housing for people costs money. In the past 10 years, 270 million euros were spent on the construction, purchase and renovation of housing as part of the “Housing First” programme. However, Juha Kaakinen points out, this is far less than the cost of homelessness itself. Because when people are in emergency situations, emergencies are more frequent: Assaults, injuries, breakdowns. The police, health care and justice systems are more often called upon to step in – and this also costs money.
In comparison, “Housing First” is cheaper than accepting homelessness: Now, the state spends 15,000 euros less per year per homeless person than before.

No miracle cure – but a high success rate

With 4 out of 5 people keeping their flats, “Housing First” is effective in the long run. In 20 percent of the cases, people move out because they prefer to stay with friends or relatives – or because they don’t manage to pay the rent. But even in this case they are not dropped. They can apply again for an apartment and are supported again if they wish.

Of course, there is no guarantee for success. Especially homeless women are more difficult to reach: They conceal their emergency situation more often: They live on the streets less frequently and rather stay with friends or acquaintances.