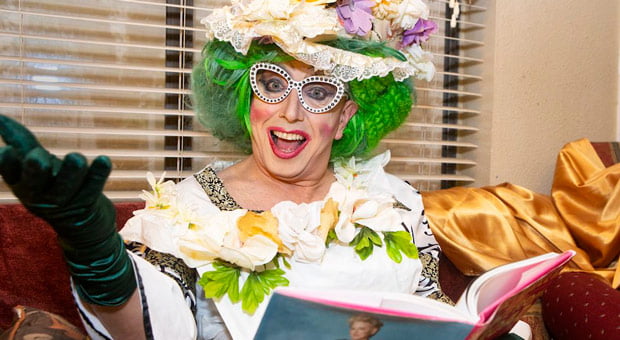 Parents are outraged after learning that their elementary school children were visited by a drag queen prostitute as part of the district’s new sex-ed program.
“Miss Kitty Litter ATX” was invited to the school in Austin, Texas to teach children about “gender diversity.
“The kids’ parents were horrified to later learn that the drag queen was a criminally convicted prostitute, however.
Despite the criminal conviction, “Miss Kitty Litter ATX” was still invited to read to the young children at the Blackshear Fine Arts Academy.
Some parents are calling the situation “a sign of things to come” under the city’s radical new sex education program.
As shocked as parents were to learn that a convicted prostitute was reading to their children, however, it was nothing compared to the outrage they felt when they discovered out that the school district knew about the drag queen’s track record. 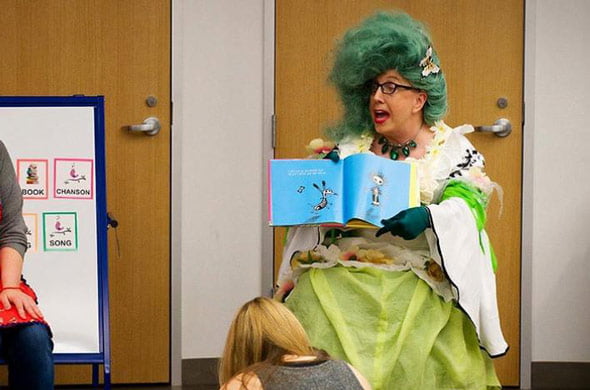 Drag queen ‘Miss Kitty Litter ATX’ (pictured) visited the young kids, despite his criminal conviction.
That’s the most astonishing revelation from the open records request that Texas Values filed.
Thanks to internal communications between Miss Kitty Litter (real name David Robinson) and the school librarian Roger Grape, moms and dads now know that not only did Blackshear expose their children to this wild and deviant ideology but to a felon too.
Robinson admitted that he might not pass the school background check.“
The guidelines for submission automatically disqualify me if the deferred adjudication for prostitution is considered a conviction … so I don’t know if [it’s] ethical to submit.”
So either the school didn’t go through with the background check—or ignored it altogether.
Either option is equally distressing.
“According to emails sent to parents,” Texas Values points out, “the reading event was scheduled to take place at 11 a.m. and all readers had been screened by Austin ISD.” 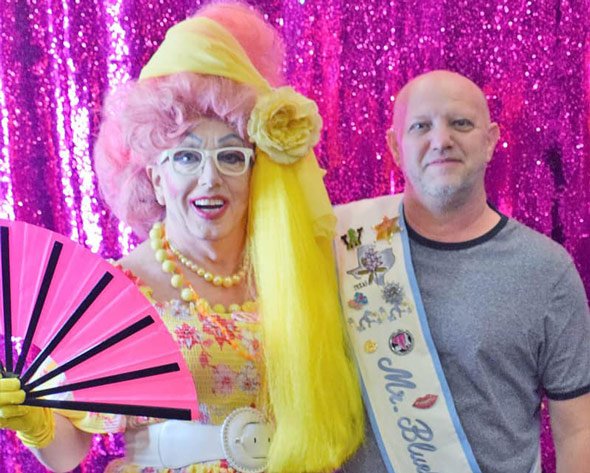 © press Drag queen ‘Miss Kitty Litter ATX’ (left) is a convicted prostitute, and the school knew it
No one knows what that screening could’ve possibly entailed since an arrest and conviction are the first things a basic search would uncover.
Or maybe Austin officials don’t see the problem in bringing in a man who sells himself for sex as an acceptable guest speaker.
Based on their latest curriculum decisions, which are stunningly pornographic, it wouldn’t surprise us.
Just as startling, the records from the Oct. 7 day when Robinson came to school show that neither he nor the school were in any hurry for him to leave.
Dressed head-to-toe as a woman, he walked through the doors at 7:25 a.m. and didn’t leave until the bell almost rang at 2:11 p.m.
Why was he there for so long? No one seems to know.
Maybe he did more than read to the first-, second-, third-, and fourth-graders.
Maybe he was consulting on the recently adopted lessons about anal sex (“What’s the best way to have it?”) or contraception (“What ages you can get birth control, abortions, or other health care without your parents”). 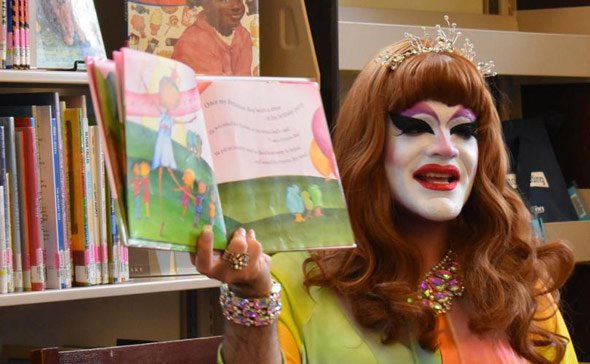 © press Controversial ‘Drag Queen Story Hour’ events are a growing trend
Unfortunately for the moms and dads in the area, this isn’t their first brush with the extreme.
On the Willis side of the district, a man with the stage name Lynn Adonis also visited class—this time as a guest cosmetologist.
There’s just one problem: He isn’t one.
He’s an entertainer—and a drag queen one at that.
Like Robinson, he spent twice as much time at the school as other visitors that day.
When the inviting teacher was asked, she admitted that Jerred Bridges (his legal name) spent the day putting makeup on kids, “despite having no license to do so.”
Usually, the fact that a district is willing to host one of these drag queen events is sickening enough.
Imagine finding out that the person it invited wasn’t even vetted—or worse, a confirmed sex trafficker.
Schools are supposed to be safe learning spaces, not catwalks for prostitutes.
Their actions would suggest that Austin officials are more interested in the sexual exploitation of kids than their actual well-being.

In any classroom, including this one, the only thing these drag queens should be reading are the directions to the nearest exit.