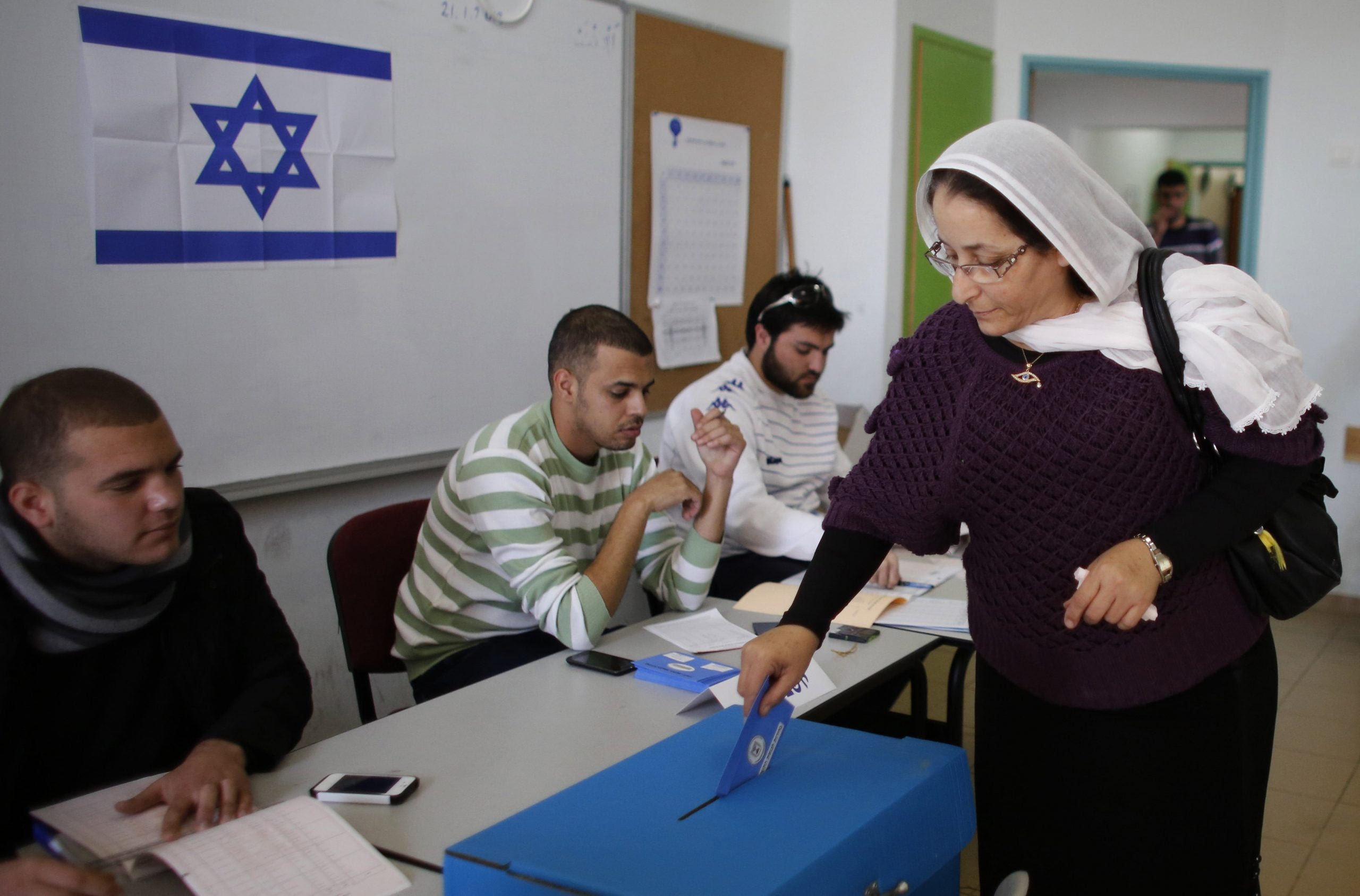 Israel’s third general election in the space of a year will play out next Monday. Each time Israeli voters go to the polls to cast their futile votes, they are given another chance to reconsider their failed habits — the key one being Israeli Jews only voting for Jewish candidates and not the slate of Arab candidates led by the Joint List.

The leaders of both the fractured hard-right coalition of indicted Prime Minister Benjamin Netanyahu and his centrist rival Benny Gantz, who also refuses to work with the Arabs, have set the country on another rollercoaster ride. Even if Gantz’s Blue and White coalition finally overcomes Netanyahu and his allies and Gantz becomes prime minister, Israel will still effectively have a PM named “Bibi.”

You have to wonder how different Netanyahu and Gantz actually are when it comes to real peace and ending the human rights violations against Israel’s non-Jewish citizens. But I refuse to believe that Israel’s population is made up only of fanatics on the right who hate Palestinians and disillusioned centrists who wish the violations of Palestinians’ civil rights could just be ignored by the media, in the same way they have been ignored in Israeli society’s discussions.

Many Israelis, probably most, are these days looking for their version of a brighter future, sans the Palestinians. That’s obvious from the fact that the two major Jewish coalitions running in next week’s elections are not debating the issue of peace with the Palestinians, but instead are focusing on the Iran tensions.

Yet I am willing to bet that many people in Israel still, deep down, have that progressive spirit that motivated them to stand side by side with oppressed African-Americans in the 1950s and against South African apartheid in the 1970s and 1980s. That progressive spirit should also see them support the Palestinians in Israel, who live in a quasi-apartheid society and are denied basic fundamental citizenship rights.

South Africa, coincidentally, began discriminating against blacks the same year Israel was created as a state, beginning with a law prohibiting interracial marriages. During that period, Jews protested South Africa’s apartheid practices and were also instrumental in the American civil rights movement. But the Israel of 2020 is different from Israel in 1970.

To see South Africa abandon apartheid in the 1990s while Israel’s has remained is one of the world’s great tragedies, even if Israeli leaders have certainly learned how to ensure their discrimination receives a far lighter burden of the world’s moral condemnation.

As hopes for a two-state solution dissipate, those who support peace find themselves left with only one option: A one-state solution. One state would be great for the oppressed Palestinians on the false assumption they would receive democratic equality. That is not a certainty and, given the demographic dominance of Jewish citizens, it is unlikely and improbable. This would be a mixed blessing for Israeli Jews who want peace but fear that Israel, as a one-state entity, would result in a society that eventually loses its Jewish domination due to the Palestinian community’s higher birth rate.

In the long-term, the one-state solution offers Palestinians a better chance of gaining greater political influence in Israel. With majority voter control, they could easily change Israel’s Basic Laws and put the onus of democracy back where it belongs.

That’s a long-term goal, but one that seems possible given that Palestinian families expand much faster than Jewish families. Palestine’s population, according to the World Population Review, is growing at a rate of 2.65 percent annually, with the average Palestinian woman giving birth to four children.

Even today, the Palestinian population is almost equal to the Jewish population in Israel and the Occupied Territories. The World Population Review released data this week, reporting that there are an estimated 5.3 million Palestinians in “Palestine,” while there are only 5.2 million Jews.

If one really is set on creating one state for Israelis and Palestinians, waiting and biding your time — even though it means spanning several generations — is your best bet. No amount of civil rights abuses can prevent Palestinians from overtaking the Jewish population in historic Palestine and the state of Israel, especially if US President Donald Trump’s so-called “deal of the century” is embraced. Years from now, the Trump boundaries would collapse under the weight of the Palestinian population explosion, which is the greatest weapon against Israel’s apartheid practices.

Assuming that, at some point, extremism among Israeli Jews is replaced by more moderate leadership, it is very possible that a better peace plan might replace the Trump proposal. To push for an acceptable peace deal, Israeli Jews might consider supporting the Arab parties on Monday to help strengthen their voice and embrace a fairer two-state solution that gives both peoples statehood.