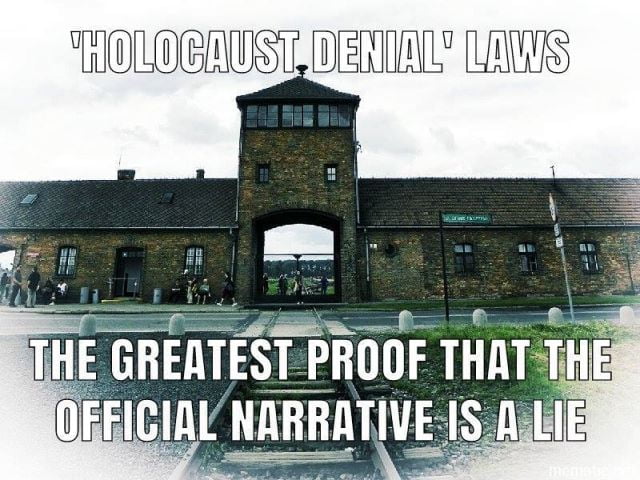 Within hours of President Putin issuing a grovelling censure of ‘Nazi Germany’ and rubber-stamping the official holocaust spin, the news story was removed. To our credit, we did unearth his statements by traipsing to Israeli media.

Russian President Vladimir Putin called the Holocaust ‘one of the most terrible chapters of human history and remembering it is our shared responsibility to the past and the future. The crimes committed by the Nazis, their deliberate, planned, and final solution to the Jewish issue, is one of the darkest and most shameful pages of modern world history’.

That is pretty rich coming from the world’s No 1 denier of the Bolshevik Holocaust proven responsible for up to 70 million martyred Christians.

The Russian president’s comments were undoubtedly a triumph for the World Holocaust Forum taking place in Israeli Occupied Palestine.  Clearly, it was in the interests of the holocaust lobby to headline the Russian leader’s comments so why was it suddenly removed?

There has never in history been such division separating an official government line and the beliefs of their peoples. With few exceptions media holocaust stories were accompanied by hundreds of readers’ comments expressing scepticism of the holocaust and mocking its lobbyists.

For likeness, imagine the emperor’s courtiers trying their damnedest to convince the people that their emperor is wearing the finest robes when it is obvious the monarch is naked.

The media’s readers won the argument. Sure, the Russian president’s statement was important. But, it was not as important as the necessity to remove evidence that 95% of media readers disbelieve the official rigging of the alleged holocaust.

The spin had to be removed to save the blushes of the holocaust lobby. Otherwise, media can follow the example of the Jewish owned Daily Mail: ‘We are no longer accepting comments on this story’.

What we see now is hedging of the bets. The pragmatic politician knows that unless he pays tribute to the so-called holocaust the Jews will use their controlled media to ensure he is politically dethroned within a week or so of ‘such outrage’.

My prediction is that the balancing act between people power and Israeli power is swinging the way of Israel’s opponents. Like any streetwalker, a politician’s survival depends on their being approved by their Israeli pimps.

The credibility of the official holocaust narrative has collapsed and the revisionists have won. The World Holocaust Forum is the last desperate fling of the holocaust dice by the compensation-dependent Jews aided by Shabbos Goy politicians.

QUOTE OF THE WEEK: A professional politician is a professionally dishonest man. In order to get anywhere near the high office, he has to make so many compromises and submit to so many humiliations that he becomes indistinguishable from a streetwalker.’  ~ American Essayist and Educator H. L. Mencken. Like this story? Share it with a friend.