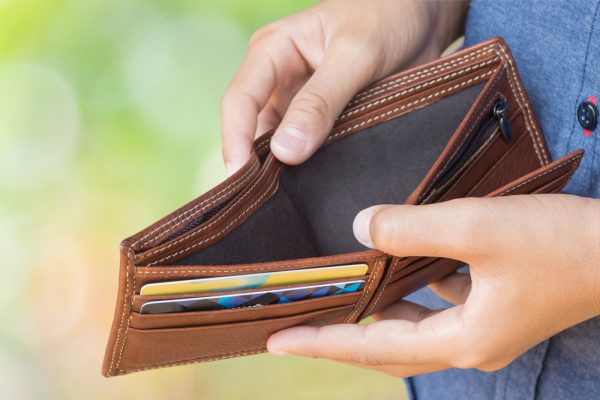 Thursday’s jobless claims leave no doubt that the country is in the grips of another severe recession. More than 6.6 million Americans filed for unemployment insurance in the last week. That number exceeds the gloomiest prediction of more than 40 economists and pushes the two-week total to an eye-watering 10 million claims.

“Those at the lower end of the wage scale have been especially hard-hit during a crisis that has seen businesses either cut staff outright or at best freeze any new hiring until there’s more visibility about how efforts to contain the coronavirus will work.

“We’ve lived through the recession and 9/11. What we’re seeing with this decline is actually worse than both of those events,” said Irina Novoselsky, CEO of online jobs marketplace CareerBuilder.” (CNBC)

According to New York Magazine:

“Economists at the Federal Reserve Bank of St. Louis projected Monday that job losses from the coronavirus recession would reach 47 million and push America’s unemployment rate to 32.1 percent — more than 7 points higher than its Great Depression–era peak.”

2– Service Sector has been walloped by the virus

Services account for 70% of the US economy, but presently the sector is in meltdown. According to the analysts at Wolf Street: “Employment contracted sharply and hours were reduced for those still employed. “The employment index plunged from +6.1 to -23.8, also the lowest level on record…

Comments from retail executives were somber:… “Most of our business has gone to zero except for essential locations such as hospitals, military bases and prisons… We are contemplating at this moment sending most employees home while our owners determine whether they can afford to pay reduced salaries and cover benefits for a short period while we see if things improve or worsen” (Wolf Street)

Business Insider: “Recession risks are rising as coronavirus spreads around the world…The crisis will clobber airlines, shipping, hotels, and restaurants…

“Sectors reliant on trade and the free movement of people are most exposed,” said Benjamin Nelson, a Moody’s vice president and co-author of the report.

Carmakers, gaming, and retail will be hit hard by supply chain disruptions, the analysts said…

Car sales have also dropped dramatically in the last two weeks. On Wednesday,Hyundai reported that sales had seen a decline of 43 percent for March compared to the same period in 2019. That’s a drop from 61,177 vehicles in March 2019 to just 35,118 during the same month in 2020. All other car manufacturers are experiencing similar weakness in demand.

4– The Bloodbath on Wall Street continues

U.S. shares sold off again on Wednesday for the third time in four days wiping out most of last week’s bear market rally. The SandP 500 dipped 114 points while the Dow Jones lopped-off nearly 973 points by the end of the session. Analysts now believe that last week’s 20% surge was a temporary reaction to Trump’s multi-trillion dollar fiscal plan. By a 9 to 1 margin, investors are now betting that stocks have further to fall.

“Investor pessimism today is as bad as it has been,” said Dennis DeBusschere of Evercore ISI. “All estimates of when this will end are being pushed out…”

Before the outbreak of the virus, traders believed that low rates, liquidity injections and easy credit would keep stocks on a permanent upward trajectory. But the daily deluge of bad news coupled with an economy that is in freefall has undermined confidence in the Central Bank sending stocks into a tailspin. The Dow closed Wednesday at 20,943, which is three times higher than its March 9, 2009 low of 6,547. Stocks still have further to fall.

5– Struggling consumers can no longer carry the US economy

An article at The Medium explains how the composition of the workforce has changed since the 2008 financial crisis. Gig workers make up are a significant part of the workforce, but they do not have the protections or benefits of most wage earners. These independent contractors will impacted the most by the sudden downturn in the economy. Their ability to consume will also weaken the post-crisis recovery and lead to slower growth. Check out this short excerpt from A crippling collapse in consumer spending is coming:

“From restaurant workers, caterers, and Uber drivers to office and hotel cleaning staff to event venue staff to people supplementing earnings with AirBnB revenue, income is cratering across the country for hourly and gig workers. And most have little to no financial cushion…

More than 15.5 million Americans work in restaurants. Of those workers, roughly 3 million live in poverty….Unpaid rent will eventually lead to landlord defaults… Consumer spending now accounts for roughly 70% of the U.S. economy. Reportedly, government stimulus may not reach consumers until the end of April. Gig and hourly workers need help now.” (“A crippling collapse in consumer spending is coming”, The Medium)

How many of these gig workers will fall through the cracks, lose their apartments or rental units, and wind up on the streets, homeless and destitute?

According to the Wall Street Journal: “In the past two weeks, Americans have hoarded food as restaurants close their dining rooms and more are told to stay home from work and school. General Mills, which makes Cheerios cereal, Yoplait yogurt and Progresso soup, on Wednesday said retailers in North America and Europe are purchasing more of its products and its factories are running at near capacity to meet the demand….(WSJ)

“Consumers across the globe are still loading their pantries — and the economic fallout from the virus is just starting...

CNBC: “Psychologists ..weigh in on why our brains push us to panic buy — even when authorities are assuring the public there’s no need to. According to Paul Marsden, a consumer psychologist at the University of the Arts London,…

“It’s about ‘taking back control’ in a world where you feel out of control…When people are stressed their reason is hampered, so they look at what other people are doing. If others are stockpiling it leads you to engage in the same behavior. People see photos of empty shelves and regardless of whether it’s rational it sends a signal to them that it’s the thing to do….” (CNBC)

7– Most Americans have no savings

Saving money continues to be a challenge for Americans….

Since 2015, GOBankingRates has asked Americans how much they have in savings. Each year, the survey results have shown that a majority of adults don’t even have $1,000 in a savings account…

This year, GOBankingRates asked more than 5,000 adults, “How much money do you have saved in your savings account?” Respondents could choose from one of seven options:

The survey found that 58 percent of respondents had less than $1,000 saved.

“It’s always concerning when a large part of the population is seemingly living paycheck to paycheck because when unexpected personal or financial hardships occur, it can be challenging to recover without adequate savings,” Jason Thacker, head of consumer deposits and payments at TD Bank, said.” (“58% of Americans Have Less Than $1,000 in Savings, Survey Finds”, Yahoo Finance)

8– Household debt is at an all-time high

From CNBC: “Household debt surged in 2019, marking the biggest annual increase since just before the financial crisis, according to the New York Federal Reserve.

Total household debt balances rose by $601 billion last year, topping $14 trillion for the first time, according to a new report by the Fed branch. The last time the growth was that large was 2007, when household debt rose by just over $1 trillion....

9 — Many businesses might not survive long enough to get stimulus

Many businesses shut their doors either for a lack of customers or on orders from state or local governments as emergency declarations began rolling across the country in mid-March,. Yet it could be weeks more before the business loans, bigger unemployment checks and direct payments to individuals from the stimulus plan flow into the economy.

Small businesses account for almost half of U.S. private employment. A complete collapse of even some of those enterprises not only would dash the dreams of entrepreneurs and threaten the livelihoods of many, it risks sapping the power of an eventual economic rebound as the financial distress ripples through to landlords, vendors and lenders.

Already, 50,000 retail stores have shut in just over a week across the country, putting more than 600,000 workers on furlough, according to data compiled by Bloomberg.

The National Federation of Independent Business, had a record 13,000 people register for a webinar it hosted Monday on the stimulus plan and financial resources….After the webinar ended, more than 900 emails flooded in, she said, with business owners asking: “Am I going to have anything left? Will I be evicted? Will I have to file for bankruptcy? Will I be able to reopen?”

“The emails almost make me want to cry,” Milito added. “What I’m hearing from members is fear, uncertainty and almost heartbreak.” (“Stimulus May Come Too Late for U.S. Businesses Already Stretched”, Bloomberg)

10– Food banks are seeing a sudden, sharp rise in demand

This is from Newsday:

“Emergency food programs are bracing for a wave of new recipients in the coming weeks as more Long Islanders are expected to lose their jobs, get furloughed or have work hours and wages reduced. At the same time, volunteers — many of them at high risk of contracting the virus — are staying home to protect themselves and needy people from getting sick.

Compounding the problem is a crippled national supply chain that delays food deliveries by weeks.

“It’s a perfect storm of tragedy on top of each other,” said Jean Kelly, executive director of the Interfaith Nutrition Network, a Hempstead soup kitchen. “Everything that could go wrong is going wrong.”

Soup kitchens and pantries in many communities closed temporarily in recent weeks to protect volunteers or because sponsoring agencies, such as houses of worship and nonprofits, also shut their doors.

“The reason they’re closed is they don’t really have an infrastructure of people to work there….The majority of the food pantries are operated by volunteers. The average age is in their 70s. They’re fearful of contracting the coronavirus.” (“Demand at LI food pantries rise as volunteers and food supplies fall”, Newsday)

“An overwhelming majority of Americans are really concerned about the economy. … A Morning Consult poll conducted between March 20 and March 22 found that 90 percent of Americans said they were “very” or “somewhat” concerned that the coronavirus would impact the economy…Americans are also worried about job security — 49 percent said they were worried about losing their job, according to an Economist/YouGov survey conducted between March 22 and March 24.” (FiveThirtyEight)

Not surprisingly, some polls suggest that “more Americans are worried about the effect of the coronavirus on the economy than about their own health.” I would include myself in that group, which is why I hope that President Trump expands his economics team by adding more experienced, top-notch economists who can help him navigate this unprecedented and potentially-catastrophic crisis. This isn’t the time for the B Team (Kudlow, Mnuchin) to making decisions that will impact the entire country.