Prepare For Change
Home Awakening The Federal Government Owns 92 Percent of Student Loans. Why Do Politicians... 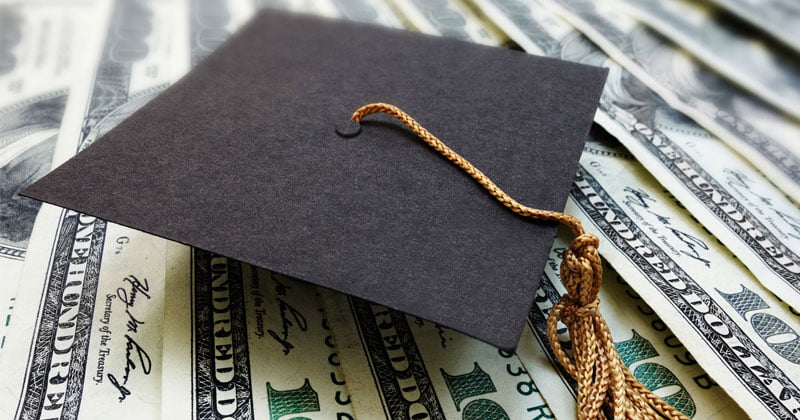 Representatives Ilhan Omar and Ayanna Pressley just introduced the Student Debt Emergency Relief Act to provide student debt relief during the coronavirus pandemic. In reality, the crisis is a pretext to push through student loan forgiveness of as much as $30,000 per borrower. This should hardly come as a shock. Outstanding student debt is bordering on $1.6 trillion, and many Democrats have made debt relief a pillar of their election campaigns. As if their intentions weren’t already transparent enough, Representative James Clyburn publicly admitted that the crisis was “a tremendous opportunity to restructure things to fit our vision.”

Although many libertarians and conservatives oppose student loan forgiveness, I have previously argued that as long as the federal government owns the loans, there is no ethical dilemma with forgiveness—libertarians, at least, should be eager to cut off any stream of revenue to the government. The caveat for advocates of free market solutions, however, is that the federal government must accompany forgiveness with a repeal of all programs for subsidizing and guaranteeing loans. Anything less, I warned, would be a formula for socializing higher education.

The US Department of Education (DOE) does, indeed, own more than 92 percent of all student debt. Since Congress passed the Health Care and Education Reconciliation Act in 2010, putting the Department of Education in charge of administering all federal loans, student debt has more than doubled. Given that these loans are exempt from bankruptcy laws, offer guaranteed access, and target people whose brains are still developing, it would not be unreasonable to describe them as predatory.

And this is exactly the word used by Representative Pressley when announcing the bill, but her full statement seems misleading. Millions of borrowers are “facing financial ruin,” she said in her official press release, especially those “who were preyed upon by the predatory for-profit college industry.” Her language isn’t unique. As a pillar of her presidential campaign, Elizabeth Warren promised to “crack down on for-profit institutions, and eliminate predatory lending”—conveniently omitting the federal government’s role in “predatory lending” while also scapegoating for-profit colleges, which are already on the decline and only make up about 13 percent of total college enrollment.

Seth Frotman was the student loan ombudsman for the Consumer Financial Protection Bureau for seven years before he resigned in protest of the Trump administration’s failure to protect against “predatory lenders” and “for-profit colleges”—a remarkable act of political theater for somebody who started the job at the very outset of the Department of Education’s amplified role in student lending. As quoted on Pressley’s webpage for the Relief Act, Frotman recently complained that “student loan companies are shutting their doors and turning off their phones in response to the coronavirus pandemic, cutting off borrowers from access to critical protections.” Following the same rhetorical strategy, he neglects to mention that these “student loan companies” are not the lenders, but collections agencies that work exclusively on Education Department contracts. Conveniently, these are the organizations that borrowers deal with, rather than the DOE, reinforcing the misconception that their student loan debts are owned by private companies.

It’s one thing to find these deceptions in political rhetoric, but it’s another thing entirely to see how these myths manifest in the Student Debt Emergency Relief Act. Although media outlets are emphasizing the $30,000 per borrower debt cancellation provision, this would only take place after the coronavirus crisis is over. For the duration of any national emergency, the bill stipulates, the federal government would make the minimum monthly payment each borrower is responsible for.

But why not simply freeze payments instead of pointlessly having the DOE pay itself money? Certainly the loan agencies—whose entire existence is the product of government graft—stand to benefit, claiming the associated fees for processing the payments. This would essentially make the payment process a make-work jobs program.

But the true beneficiary of this bill, it seems, would be the federal education bureaucracy. The bill states that for “implementation and coordination” of this policy, the DOE is authorized to appropriate $50 million from the Treasury, in addition to the total funds necessary to service the loans and provide the $30,000 in cancelled debt per person. Since the DOE owns the debt—and the bill does not apply to the 7 percent of debt that is privately owned—it requires zero funds to simply cancel it or freeze payments. However, by maintaining the pretense that the government has to pay the loans, the DOE can claim Treasury funds as a de facto budget increase.

There are 42.8 million people who still have outstanding federal loans. At the maximum cancellation of $30,000 per person, paid from the Treasury, the Department of Education would receive nearly $1.3 trillion. Many borrowers, of course, owe less than $30,000, so the true total is impossible to know from publicly available data, but it makes little difference. The 2019 budget for the DOE was about $66 billion, so the Relief Act would provide an enormous increase in revenue—all undoubtedly funded through inflationary borrowing.

The proponents of the bill are selling it as student loan relief and debt cancellation, but they’re really engineering a tenfold (or greater!) budget increase for the Department of Education, which almost certainly will be put toward the nationalization of higher education. It makes no provision for paying for these appropriations, but this will ultimately fall to the taxpayers, including the very people that this relief is purported to help. If student loan cancellation were really the goal, the DOE could simply forgive the debts of existing federal loans—as is the prerogative of any creditor—and shut down the loan program, which would almost exactly balance the loss of revenues from loan payments. Instead, we are presented a bill that will inevitably impose massive burdens on the average citizen, only cancel a portion of federal loan debt, and leave in place all the policies that created the debt crisis to begin with.

Even if the bill dies, these rhetorical strategies will not. Politicians will continue to pretend that student debt is the result of private lenders and for-profit colleges, just as they pretend that private prisons are the cause of mass incarceration. These are genuine issues with real-world consequences, so the outcry for relief and reform is understandable. But we should be wary of any politician who deliberately and dishonestly presents capitalism as the cause of government-created problems.

Chris Calton is a 2018 Mises Institute Research Fellow and an economic historian. He is writer and host of the Historical Controversies podcast.