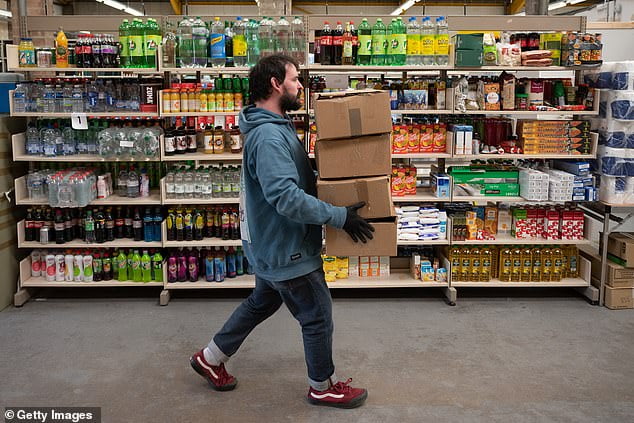 Million of Brits are going without meals in a growing food crisis amid the coronavirus lockdown, according to a charity.

Some 1.5 million people have reported going a whole day without eating since the draconian measures were introduced three weeks ago, because they didn’t have enough in their cupboards and fridges.

The figures, from a YouGov poll commissioned by the Food Foundation and the FFCC (Food, Farming and Countryside Commission), also show six per cent of the population – more than three million people – have had someone in their household skip dinner.

Some 1.5 million people have reported going a whole day without eating since the draconian measures were introduced three weeks ago

Social distancing queues seen outside a Sainsbury’s in Kent.

Furthermore, the research claims that more than a million people said they’ve lost all of their income as a result of the lockdown, while more than a third (43%) who are now earning less think they are not entitled to help from the government.

In response, the foundation is calling on the government to support councils to improve welfare assistance schemes and provide nutritious food parcels for people who are self-isolating while also looking for better home delivery options.

It comes as local authorities are reporting similar stories from the frontline, with Liverpool City Council seeing a 150% rise in emergency grants being given to people without food or money to pay their bills, according to the Guardian. 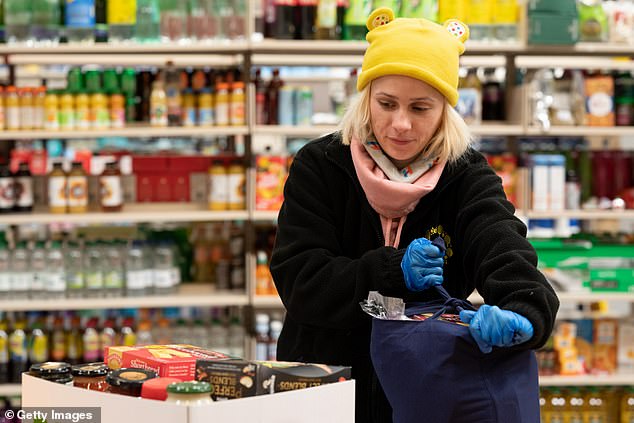 Food banks such as this one in Cardiff, pictured, have had to step up efforts even more since the lockdown

Its network of food banks has had to step up efforts even more since the lockdown, and is now open for longer hours having given out hundreds of thousands of pounds worth of goods to needy families this week alone.

The council’s deputy mayor, Jane Corbett has echoed much of the Food Foundation’s calls to for more help from central government.

She told the newspaper: ‘The fragility of our current social security system is now being seen in stark relief; extreme pressure on food banks is just one clear example. Our budget has been cut by 63% since 2013.’ 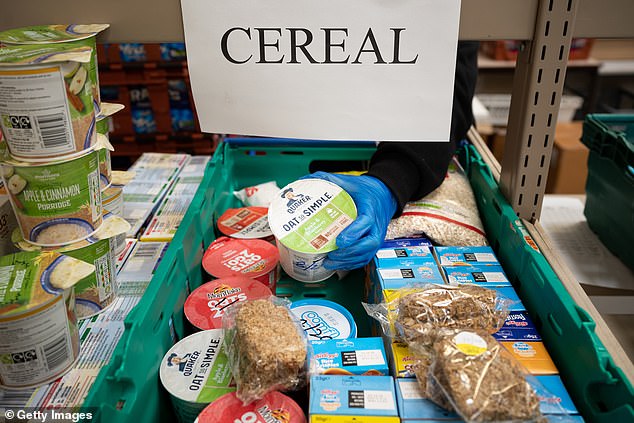 A government spokesperson said: ‘Public safety and making sure that those most at risk from the virus get the support they need is our top priority. People should stay at home, to help protect our NHS and save lives.

‘We’re working with the groceries industry, local government, local resilience and emergency partners to ensure essential items are delivered as soon as possible to the most vulnerable.’