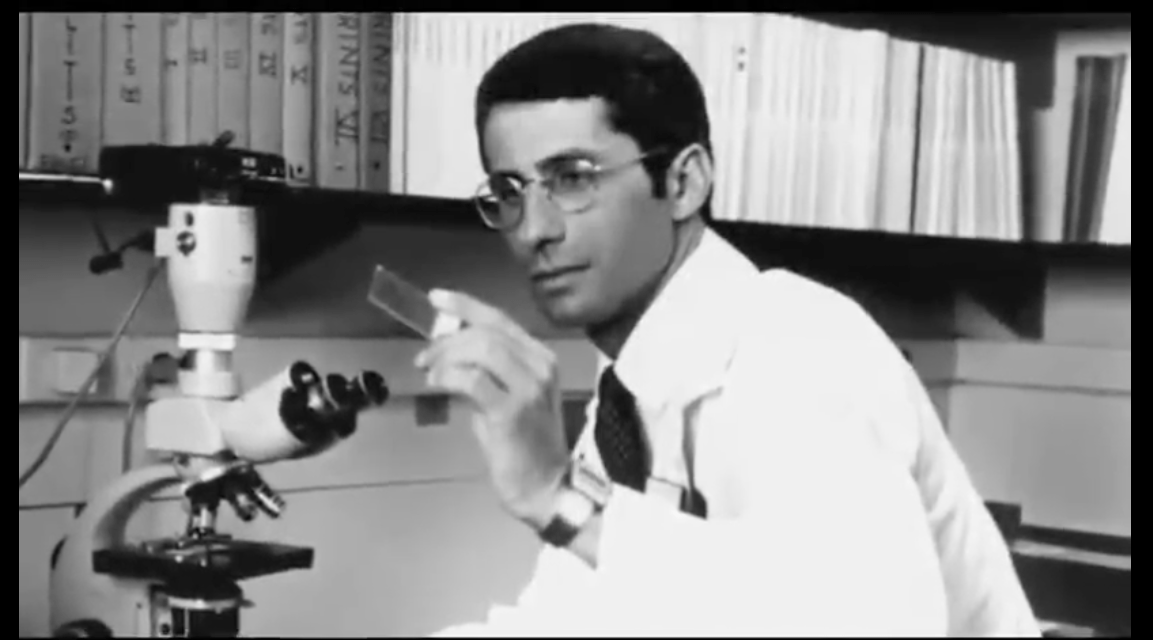 Below original article from Brasscheck.com, video provided as additional backup:

I have to respect Judy Mikovits’s credentials and her peerless courage, but it looks like even she drank the AIDS Kool-Aid Fauci & Co. brewed up.

What’s going on is far MORE sinister than she realizes.

I don’t think Judy is doing it intentionally, but she’s taking people down a rabbit hole that we can look at LATER.

The key issue: Is CoVid treatable?

The second issue is: Does the shutdown make public health sense?

Every other discussion right now is a distraction

The “HIV causes AIDS” hoax is the ORIGINAL Fauci scam and it’s been his money pump and power base for 36 years.

It’s a complicated thing to explain to people because the Myth is so deeply rooted.

The Myth is this:

“HIV (which in fact has never been found in a human being, only “presumed” antibodies to it)
causes AIDS (which is 30 plus separate diseases each with their own etiology)”

But before you reject the idea that the AIDS story – as it’s told by Tony Fauci & Co – is a scam, consider the following…

Does any of this sound familiar?

* The disease is caused by a new, never-before-seen virus
* The virus’ origins are unknown, but it probably involves some trans-species jump
* It’s easily transmissible
* It’s deadly
* Everyone is going to get it
* It constantly morphs into endless unpredictable forms
* There are “secret carriers” who show no symptoms and they are very dangerous
* Environmental and lifestyle factors determining who gets the disease are completely ignored
* There is no known treatment
* Cases are “presumed” and deaths are attributed to it without testing
* Completely different diseases are called by its name to boost the statistics
* So-called “deniers,” including Nobel Prize winning scientists, are either ignored or attacked by hack scientists and journalists. Hysterical members of the public are weaponized as attack dogs as well.
* More research and testing are called for to the tune of endless billions of dollars
* The CDC-approved “treatment” kills the patient
* There is a desperate – and endless search – for a vaccine
* Meanwhile the “experts” in the disease are fed endless of billions of dollars, assume awesome extra-legal political power, control the nation’s medical research agenda and receive massive but completely uncritical media attention.

CoVid is the SAME scam. Different virus. Even bigger disaster.

Nobel Prize Winner Kary Mullis, who INVENTED PCR, was on the record loudly and frequently calling the AIDS mafia led by Fauci a total scientific fraud.

FACT: The HIV virus has NEVER found “in vivo” in any human being. It’s existence was only presumed by complex laboratory legerdemain. Not only that, HIV is not a causative factor of what’s called AIDS.

AIDS is not a even a disease – but by its own terminology a nebulous “syndrome.”

Functionally, what’s called AIDS is a patchwork of over 30 diseases that existed before AIDS and were and are treatable.

This was and is the opinion of some of the leading virologists and biochemists in the world including Mullis who passed away last summer.

These people were called “AIDS dissidents” and their reputations and careers were savaged. (Mullis didn’t care because he had his Nobel Prize and practical work, not begging for research dollars, was the source of his income.)

Basically, if a flawed test determined you “had AIDS” and if you had a certain T cell count (a count which fluctuates wildly during the day), you were declared an “AIDS patient” – even if you were 100% healthy in every way.

Thanks to the dark and dense psychic cloud Fauci cast with the help of the news media and Pharma flunkies, many who got the “diagnosis” assumed they were going to die and gave up and/or submitted themselves to powerful chemotherapy treatments like AZT which in fact killed them.

So Judy greatly underestimates the evil at work here because she buys the original flawed premise that: a) there is a virus called HIV and b) it causes a thing called AIDS that only Tony Fauci can deal with.

Not only has Fauci used the AIDS Hoax as his personal money pump – to the tune of HUNDREDS OF BILLIONS under his personal control – he is responsible for the death of countless people. (See AZT, the chemotherapy given to, and sometimes forced on, NON-SYMPTOMATIC people – including children – that resulted in death.)

CoVid is the SAME scam.

2. Attribute it to a “virus” that causes a new “brand name” disease

3. Scare people out of their minds that the disease is fatal, easily transmissible and incurable.

4. Change diagnostic criteria to dramatically multiply the number of “cases” – and create a lot of drama about its growth and spread

5. Lie about the nature of the victims and their previous health and medical problems to make it appear anyone can get it. Across the board at least 25% of all CoVid fatalities are nursing home patients. This is a disease that kills the already sick.

For AIDS, the classic full blown “syndrome” only hit drug abusers and male homosexual drug abusers who were extraordinarily promiscuous. This was then painted as the fate of anyone with a positive HIV test.

6. Exagerate wildy about how it is “transmitted”.

7. Viciously suppress any therapies that actually work and actively promote ones that don’t (vents) which creates a higher death rate. A course of AZT was a death sentence for “AIDS patients.”

8. Viciously suppress any scientists, doctors or patients who question the bogus “science” behind the scam.

CoVid-19 is the AIDS playbook.

And the Swine Fly, Ebola, Zika etc. playbook too.

AND NOW GOOGLE, WHICH OWNS PHARMA AND VACCINE COMPANIES, IS IN THE GAME TOO

Q: How do you know when Google is lying?

A: When their lips are moving

Search “HIV AIDS” on Google and you’ll see that they provide this handy dandy score card. Content straight from their own pointy little heads.

Have you ever seen anything like this on Google?

Well, you have now.

Who needs to make money the old fashioned way, when you can get in on Fauci’s protection racket?